Adriana Bonewitz with Geoffrey Saunders in Mexico City in 1966. (Courtesy of Bonewitz)

Some of the people we meet might only be in our lives momentarily, but they can have a profound effect that can last a lifetime.

Geoffrey Saunders, private first class in the 101st Airborne Division of the U.S. Army, had that effect on Adriana Bonewitz. She shared her experience as part of StoryCorps’ Military Voices Initiative, which is made possible by the Corporation for Public Broadcasting.

This interview has been edited for brevity and clarity.

My name is Leonora Adriana Rosado-Bonewitz and I’m in Libertyville, Illinois. I was 16 years old and my mother sent me to my uncle’s house in Miami during a vacation period. During this vacation, my cousin invited me to a party and I met this young man from Jamaica. 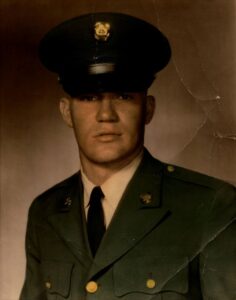 He lived there but came to Miami to visit his mother and sister. He was an American citizen only on paper. His mother had registered him at the American embassy when he was born, but he grew up in Jamaica and was Jamaican in his heart. This was sometime during the Vietnam War and because he was registered as an American citizen, he was called to the service. He was, I believe, 18 or 19 years old.

So we met during that vacation, then he got his draft papers. Before he was shipped to Vietnam he wrote to me and said, I want to come visit you in Mexico. Which he did and after he visited me he went off to Vietnam. For a year he wrote every time he could. I have a bunch of letters, which I kept. And in these letters, he would include the photographs or mementos that he would get on a mission. He would arrive in a village and there would be empty houses, and he would pick up these little mementos, which he sent to me. I kept all of that for all these years. 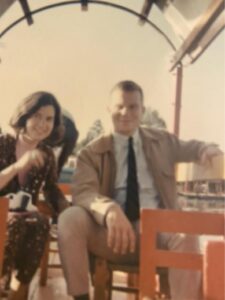 A year later I received a telegram from the American embassy telling me he had been killed. He died the death of a hero. The Viet Cong had thrown a grenade in the midst of the group where he was with his fellow soldiers. He threw himself over the grenade to save them. I also received a letter from his mother telling me how much he loved me and how sad it was, that what he wanted to do was to marry me after he returned. That would never happen. So with the grief of having lost — I wouldn’t call him my boyfriend, but a friend — I carried that all of these years.

Until two years ago, a friend of mine asked me about the box of letters that I had been keeping for ages. He said, that’s a shame that you just have them in a box and nobody knows this story. Well, coincidentally I had found out that in Chicago there is the Pritzker Military Library Museum. So I copied all the letters and then took everything to the Pritzker Library.

He was a wonderful young man, and it’s really the story of a very young life that was cut short. He had to grow up so quickly in the face of all the danger in Vietnam for a country that he really didn’t know. And he certainly would not have gone into the army if he hadn’t been compelled to. 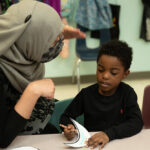