Creating Keepsakes: Artist Makes Memorials To Remember The Pets That Have Passed

Whether it’s a dog, cat, bird, or even a pig, our pets are a part of our families.

And when they pass away, we may want to keep something to help remember them, like an old collar or their favorite toy.

In some cases, people may want a part of the pet itself — perhaps a tooth embedded in a ring, a small bone on a necklace, or some of their fur preserved in a glass pendant.

For that one-of-a-kind memorial, some people turn to a specialized artist in Madison named Lisa Lauren.

“I have a business called Kettle Black Silver, and I process animals through that business in a variety of ways,” she explained. 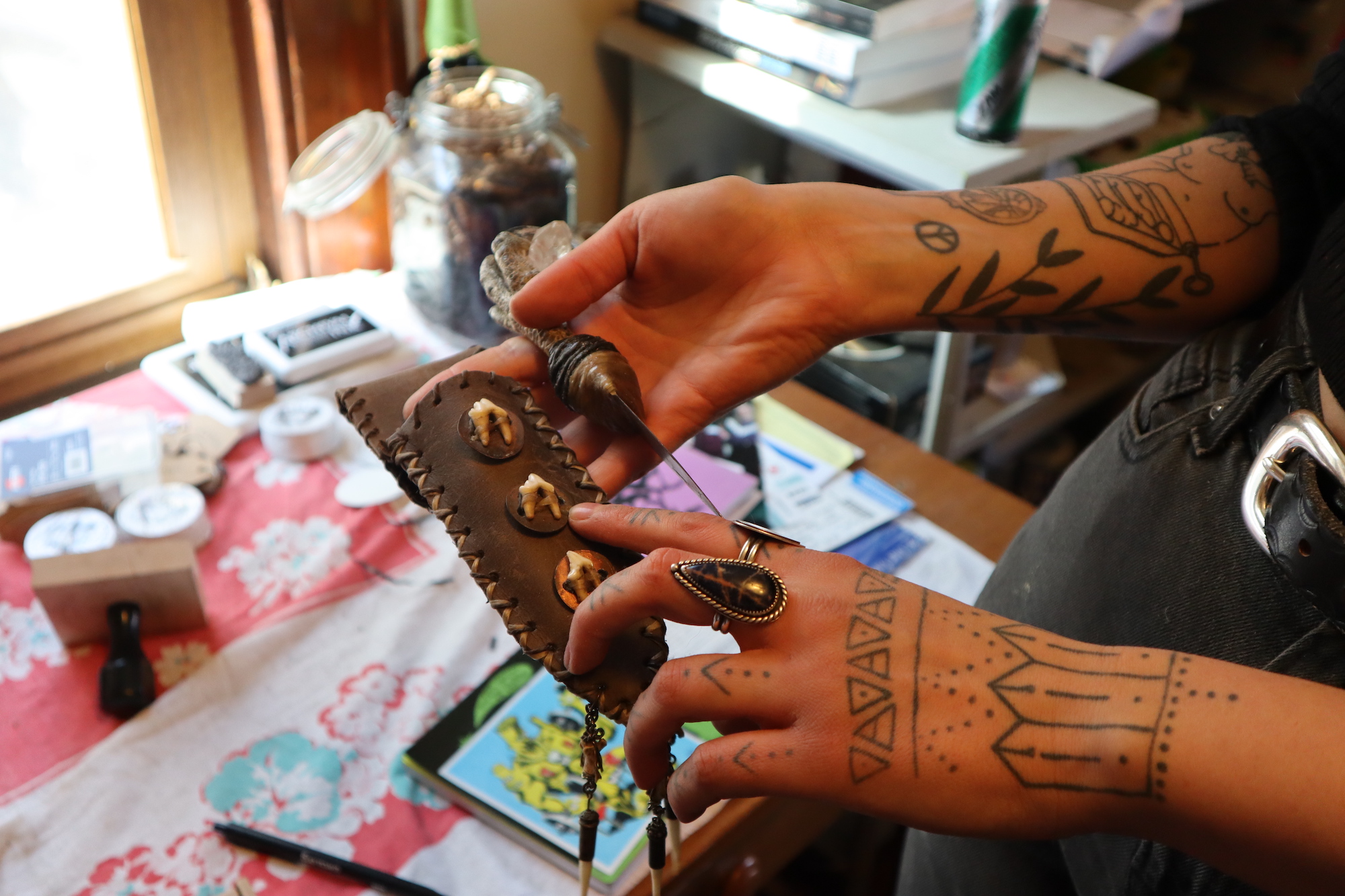 Lauren said those who ask her to process their pets after they pass want a remembrance of a pet they loved dearly.

She added that when pet owners receive the final product, there’s a mix of feelings.

“It’s the same sort of emotion someone would experience when they have an urn of a loved one given to them from a funeral home,” Lauren said. “[It’s] very emotional, happy, but grieving, bittersweet kind of reaction.”

Over the years, Lauren has fulfilled several very different requests from pet owners. 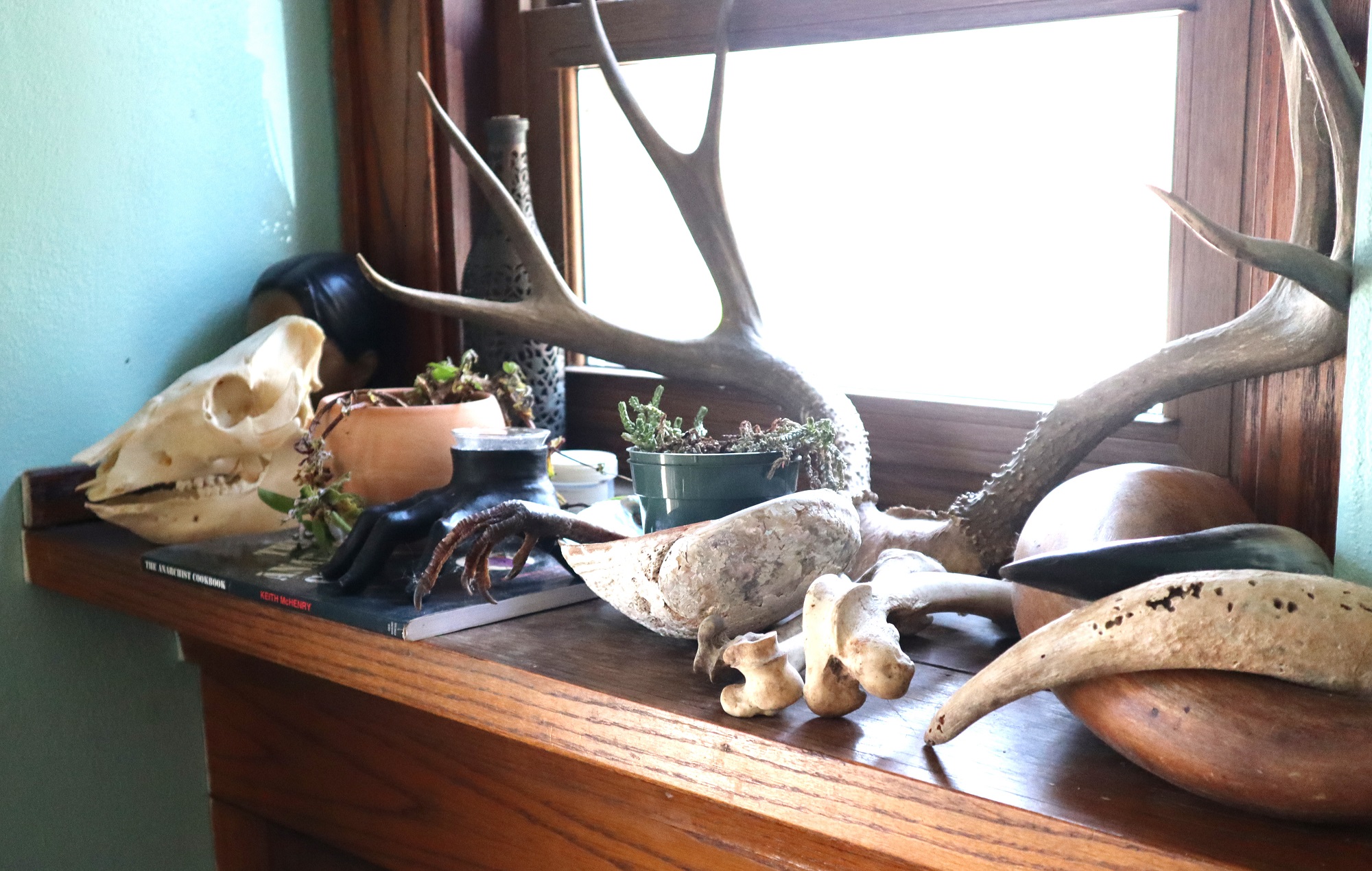 Lisa Lauren has a number of bones, animal skulls and other items she’s processed. Many of her clients also use the bones she’s processed as decorations. (Steven Potter/WPR)

“Sometimes, people want a foot,” she continued. “I’ve made feet keychains a few times — like a rabbit foot keychain but, like, with a cat foot.”

Many requests from pet owners are for jewelry they can wear.

“The most common thing I get paid for is making a ring or a necklace with someone’s animal hair or ashes [in it,]” she explained.

Lauren said she and her customers both appreciate the uniqueness of the pieces she creates.

“I really like the art of it, and I really do like being able to have an alternative way for people to commemorate their animals,” she said. “I think it’s just part of a certain style that people really like. You really can’t mass produce it.” 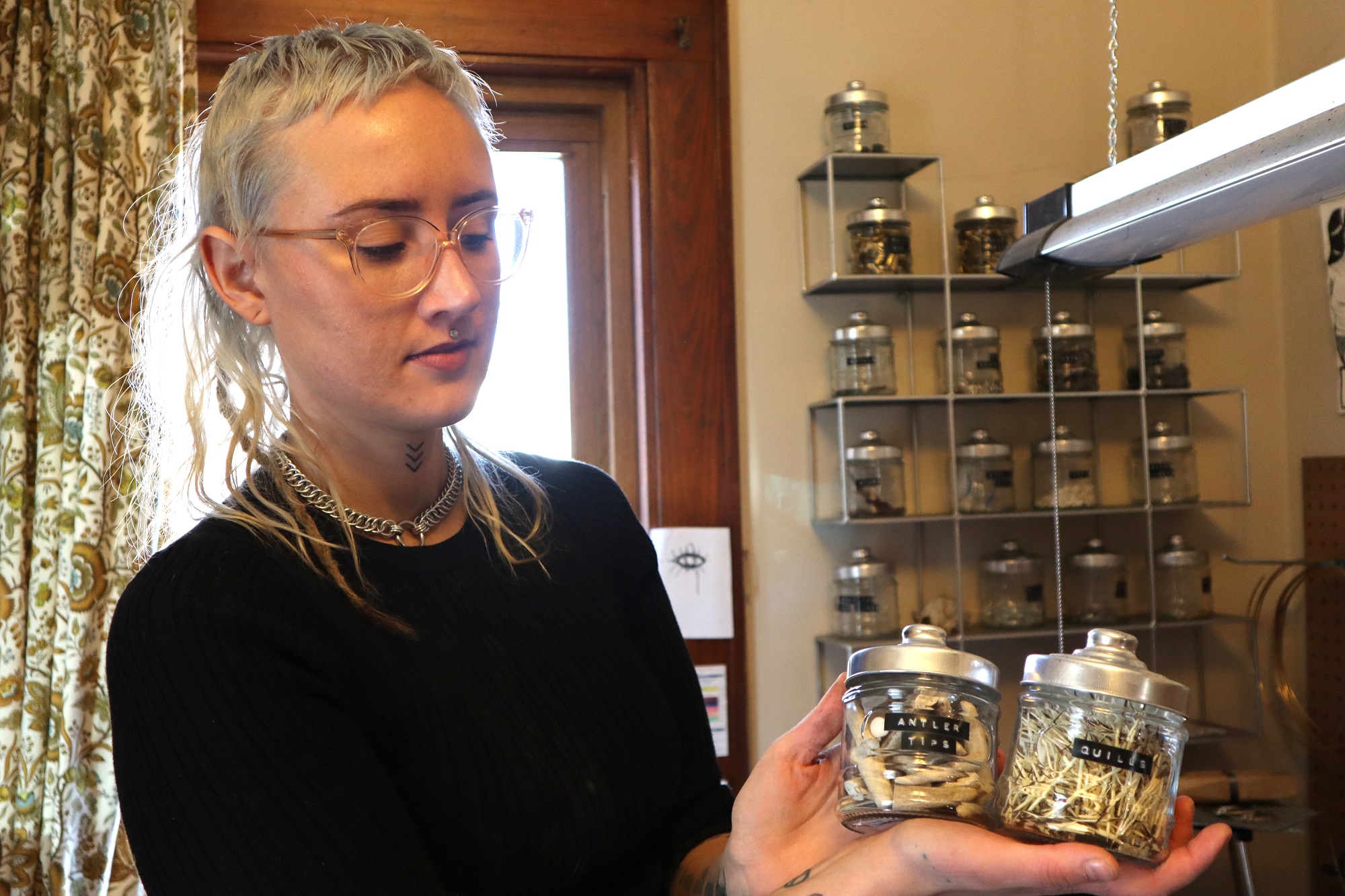 Artist and silversmith Lisa Lauren shows some antler tips and quills that she uses to decorate her jewelry and other projects. (Steven Potter/WPR)

She also makes art and jewelry from wild animals that have died outdoors. In doing that, however, she makes an important distinction.

“I find things myself [and] everything that I sell has been things that I have found personally,” she says. “It’s essential for me…that everything I find has not been killed for its art.”

Some of her most popular pieces are rings, pins, and earrings with a coyote or raccoon tooth in place of where a gemstone would be.

Lauren understands that the act of animal processing, which involves removing meat and skin from bone, isn’t for everyone.

“I get how it’s taboo, and even I see it as taboo in a little bit of a way, but I try to remember that we do this as a process to feed our bodies, and this is really the same process,” she said. “If you try to think about it that way, it becomes a little bit less taboo.”