A sign on a La Crosse bus promotes "essential trips only" during the first couple of months of the coronavirus pandemic. Trip restrictions have now loosened for bus systems around Wisconsin. (Kathy Davis/WPR)

The phrase essential worker has been used a lot during the COVID-19 pandemic.

It typically describes people who leave their home to do a job, like a health care worker or a pizza delivery driver.

But municipal bus drivers, who get people to their job or the grocery store, have been working across the state in cities from Milwaukee to Eau Claire.

Karen Martinez-Casper has been driving the bus for the Milwaukee County Transit System for the past 10 years.

She has had mixed emotions about being an essential worker and continuing to work as a bus driver.

“I’m really grateful that I’ve been able to keep working and doing the job I love every day,” Martinez-Casper said. “But it’s also been a little bit scary. I have a family, children and grandchildren. I wouldn’t want to get anybody sick because we are around people all day.” She said people who ride the bus also seem to be more appreciative to have the service.

“Most of them are so happy that we are still running because some of them said they would have no way to get to work, the doctors and the store,” she said.

“We even got a card from a grateful passenger — ‘grateful passenger’ is how it was signed — and the passenger thanked us so much for being essential for them so that they could get around to their job or they would have no other way to go.”

A half dozen drivers with the Milwaukee County Transit System have tested positive for COVID-19 since March.

Martinez-Casper said she credits MCTS officials with providing drivers with protective items like masks, gloves and hand sanitizer. Still, she said it hasn’t been easy seeing co-workers get sick.

“That added a little bit of stress because we actually knew that nobody is immune to this. We could get it just as easily,” said Martinez-Casper. “I’m glad to see everybody has recovered and is doing well. It really hasn’t been a lot [of drivers].”

Bus services across the state haven’t gotten back to completely normal service yet, but most dropped the ‘essential rides only’ mandate around Memorial Day.

Some have gone back to collecting fares from riders.

Public Transit services in Wisconsin lost millions of dollars in the first couple of months of the pandemic as rides were free and the number of passengers was limited to ten per bus.

As of early June, MCTS had started collecting fares from riders again, other cities like Eau Claire were not. “There’s been a definite, noticeable, gradual, steady increase since the day they removed the essential travel only,” said Gruen. “I’m not a big fan of that just because this virus is not gone. It seems to be taking a little hiatus for whatever reason, but I know it’s not magically gone.”

“But I’m adjusting again, sometimes these things happen and your kind of setback by them,” added Gruen. “I’m watching it every day. I’m watching the numbers go up a little bit. But people are still entering through the back doors at this time for Eau Claire Transit, anyhow. That’s a big deal to me. I’m not excited to take the next and I’m afraid it’s coming soon to where they open up the front of the bus for non-essential travel as well.”

Gruen has been a bus driver in Eau Claire for 12 years.

He said he’s noticed passengers have appreciated bus drivers remaining on the job during the COVID-19 pandemic.

“All of our passengers are grateful, and I mean all of them. You have little bumps in the road day-to-day from a certain passenger here and there, but overall, the community is very appreciative of the service we provide.” 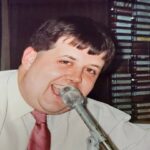