Yauo Yang (center) with a group of Iraqi soldiers that the U.S. Army Reserve would train to do security missions. (Courtesy of Yauo Yang)

For Yauo Yang, inclusion is a guiding principle. He moved to Wisconsin as a child and went on to join the Army National Guard, where he taught fellow U.S. soldiers about Hmong history. After his service, he became a pastor and founded a church in central Wisconsin.

Yang shares his experience as part of StoryCorps’ Military Voices Initiative, which is made possible by the Corporation for Public Broadcasting.

Editor’s note: Parts of this story describe battleground violence. This interview has been edited for brevity and clarity.

My name is Yauo Yang. I am 39-years-old and I am talking to you from my house located in Merrill, Wisconsin.

There was a wonderful lady, her name was Anne Merryfield, and she was my English as a second language teacher. She understood that our family, we didn’t have a whole lot. One winter right before Christmas break, she said, “Hey, why don’t you and your family come over to my house for Christmas Day?”

We just enjoyed all the festivities of what it meant to celebrate an American Christmas. For the first time in my life, I finally felt like I belong here in the United States. I got this true American experience. She continued to take my family under her wing. The first time going camping was because of her. The first time catching fish was because of her. She didn’t have to do that as a teacher, but she went out of her way to truly give me this life experience. 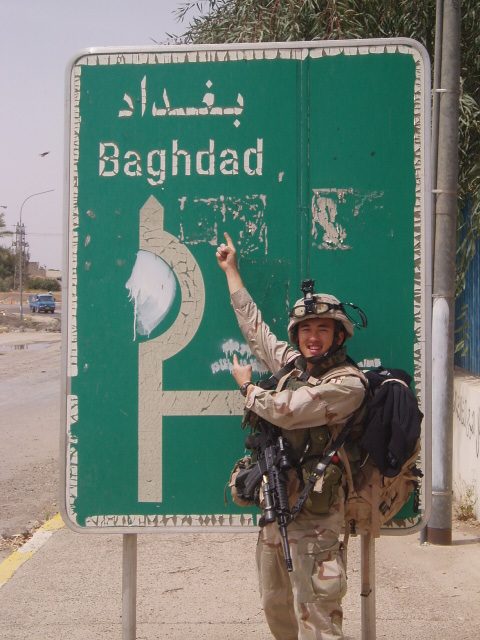 Yauo Yang with an Iraqi traffic sign in Samarra, which is 1.5 hours north of Baghdad. (Courtesy of Yauo Yang)

After I graduated from high school, a year later September 11th happened. That event profoundly changed me. I just may be one person, but I want to make America safer. I knew that what I wanted to be was an American soldier, and so I needed to graduate boot camp in order to do that.

When I was down there, I was the only Hmong soldier. People would come and ask me, “Hey, are you Chinese? Are you Japanese?” And I’m like, “No, I am Hmong!” And so I would have to give all these people a history lesson about the Hmong people.

December of 2004, I was stationed in Samarra, Iraq.  Samarra was so dangerous because the insurgents kept on planting IEDs, or the improvised explosive devices, on roadsides. So as American soldiers, we would sometimes walk by or drive by these areas and we don’t even know where the bombs are and they would detonate these bombs. The scariest experience of my entire life was feeling the shockwave of this ginormous IED going off. In my desperate measures, I pretty much said to God, “God, if you can get me out of Iraq alive, when I come back to Wausau, I’ll do whatever you want me to do.” I realized that I’m no longer in control of my life and I have to turn things over to the Lord. 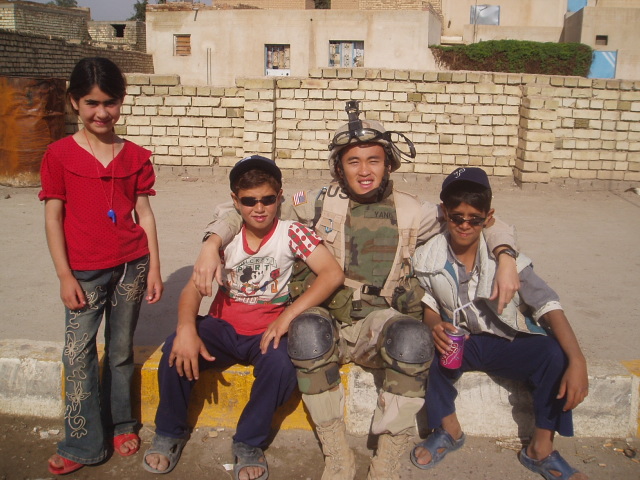 In January of 2016, I started a church called The Cross in my own living room because I didn’t have a church building. We became multi-ethnic and non-denominational to really try to reach people of all color.

I want to be able to tell my kids the reason why daddy is who he is today is because of the blessings that I have received from all these other people. If there is one thing that I would just love for my kids to be able to learn from me, it is for them to just love all people, regardless of who they are and what they look like. 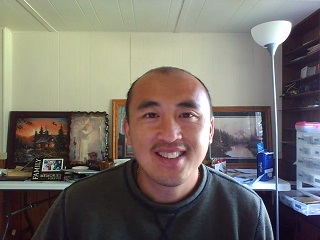 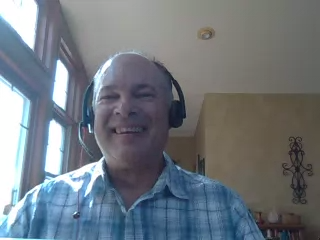