Human trafficking is a reality across Wisconsin, impacting both urban and rural communities and people of all ages and genders. The legal difficulties survivors of trafficking face can be substantial — and the trauma they’ve experienced can be immense.

A new podcast from our partners at Wisconsin Humanities called “Human Powered” explores trafficking in one of its episodes and looks at a program that hopes to promote healing through poetry.

“The demand for our services is tragic, heartbreaking, constant, and growing,” said Rachel Monaco-Wilcox, the founder of Lotus Legal Clinic. Her team provides legal support for their clients, but they also invest in survivors and really help them share their stories — if they choose to.

“For me, It’s really nurturing to be able to help forge a path for somebody who’s coming up because I have walked this walk,” Monaco-Wilcox said. “There’s a reason I’m a trail runner. It’s my destiny to break a path. Then, I feel strongly whenever I just sit down with somebody, start talking and I say, ‘Oh, I know where you are. I’ve been there. Try and look at it this way. This is what happened for me and maybe that will help you.'”

It started off as a pretty straightforward legal clinic, and Monaco-Wilcox was connecting with survivors, finding lawyers, chasing down grants. But all of this work she was putting in didn’t just help others. It also gave her a way to integrate her *own* healing with the work.

“Lotus is the answer to an unmet desire in my heart for how I could have been helped,” Monaco-Wilcox said. “I truly struggled with deep depression, with anxiety, with suicidal behavior throughout my teenage years. And a lot of that was just the result of early childhood trauma. I was sexually assaulted when I was seven. But no one really knew the real story because you only start to manifest what’s wrong with you. Then people start attacking your symptoms. They say, ‘Oh, this child is, is anxious, this child is depressed. Let’s go for medication or let’s be in psychotherapy.’ But nobody ever really asked me, ‘What happened to you?’

At Lotus, Monaco-Wilcox started making space to heal, through art — to have conversations, to tell the untold stories. Actually, that became the name of a new project at Lotus — Untold Stories. It’s a writing and art-making workshop for survivors of trafficking and gender-based violence. Lotus also publishes a magazine featuring the work.

On the first day, it’s just an opportunity for people to come together and share space.

“When you bring those 15 people together in that room and, within an hour, everyone is crying and laughing and loving on each other because you don’t have to explain,” Monaco-Wilcox said. “There is a bond. It’s undeniable.”

“Sitting in that room and that kind of a circle with people who’ve been through similar experiences and hearing them speak candidly, clearly with empathy and with incredible creativity and imagination, it was very inspiring,” said Austin Reece, Lotus Legal Clinic’s Director of Survivor Empowerment who’s been leading the Untold Stories workshops for the last two years. He first came to the program as a participant.

“You would think, you’re living your life and you’re moving forward — but a photograph, a smell, a word can be said and you snap right back to the moment of trauma, like no time has passed. It’s a whiplash. It’s a painful, painful thing to experience,” Reece said. “So when we think about trauma, we think about, well, if this is overwhelming, if it’s too much to talk about, we’ve got to start with that fact.” 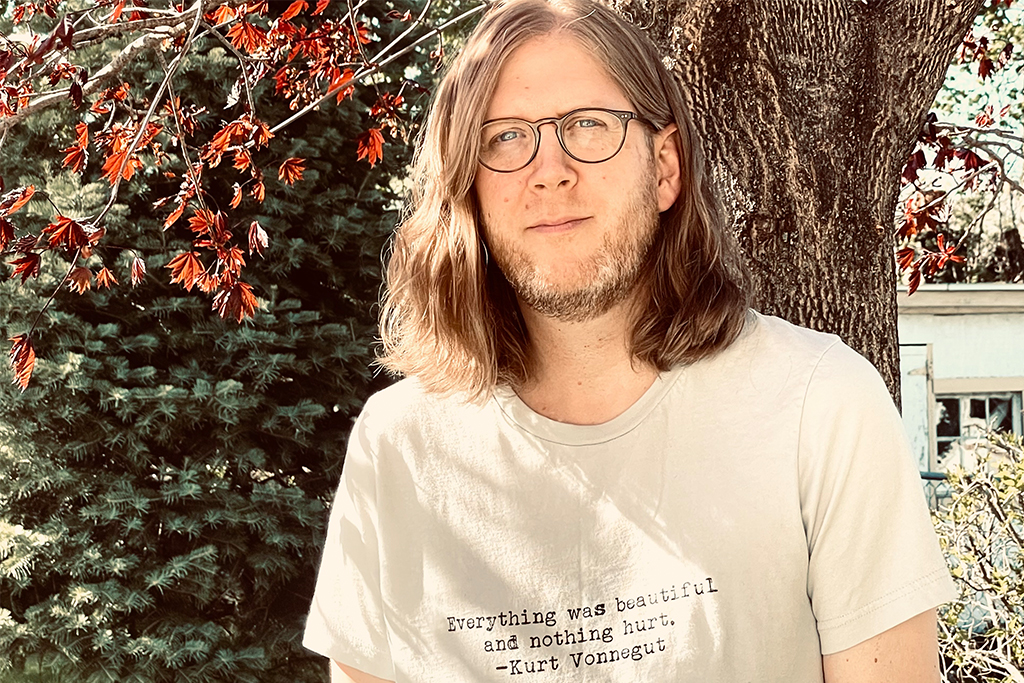 The fact is that it might be too hard to even speak. But people still need to find a way to jumpstart time. One of the best ways to do that is through poetry.

“You have these negative feelings, these very hard, painful emotions and memories. But you take them and you transform them into a positive, into a small creation: a poem,” Reece said.

So the group reads poems. They talk about poems. And then, they write their own and share them. Slowly, everyone finds their voice.

“There’s something implicit about poetry, where it has an audience. It’s meant to be spoken. It’s meant to be heard. It’s meant to move somebody. In what I would call a ‘brief intense agreement of feeling’ and these moments are rare in life,” Reece said. “But I think the gift of a poem is that when you put it out there to be heard, there is this sense of genuine connection and empathy.”

This is what this program is about. It’s not only about processing trauma, but it’s about coming out and thriving on the other side. It’s about being able to have certain words, certain skills and certain memories and experiences that you can carry with you.

“The writing workshop brings out different things in people,” said Monaco-Wilcox. “Where I see it at the end of the day, is that it gives people a powerful tool for finding their own voice to identify themselves and get their feet firmly planted in the honesty of who they are. Know your truth, know your truth. And then if they choose, speak their truth.” 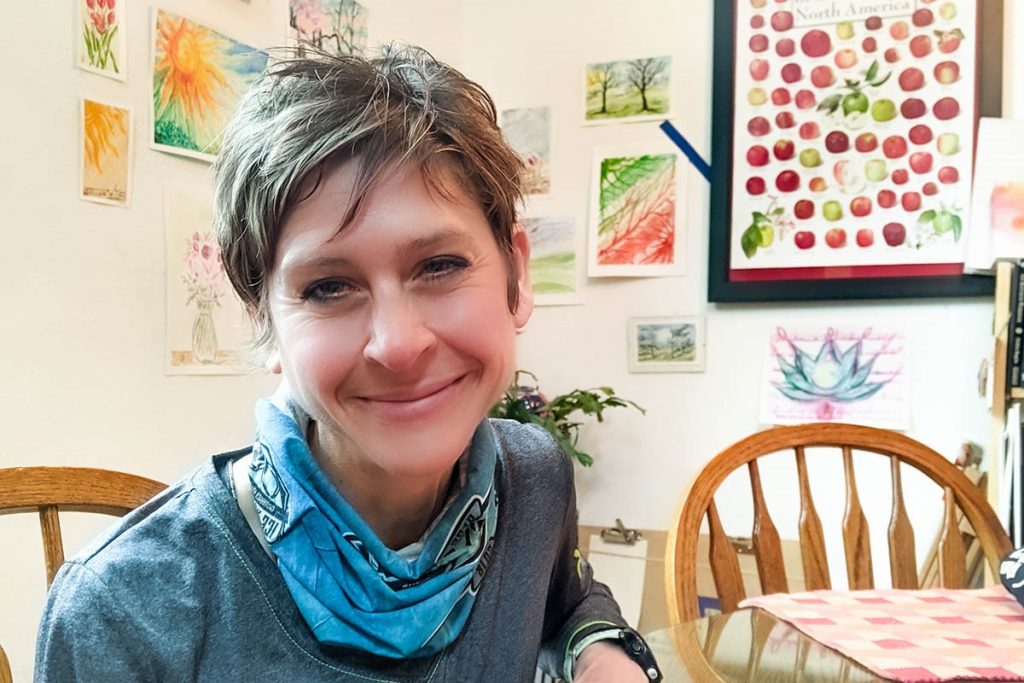 That story came to us from “Human Powered,” a new podcast from Love Wisconsin and Wisconsin Humanities. It’s a monthly series that it is out now and a place you can hear more about the work of Rachel Monaco-Wilcox and Untold Stories. This story was narrated by “Human Powered” producer Jade Iseri-Ramos and produced by Craig Eley.