New Moms – One Human, One Bear – Have An Encounter In The Woods

No one wants to have an encounter with a bear – well most of us anyway. But a run in with a bear and her cubs gave Carol Dunbar a different view of mothering.

I never thought much about the environment. Don’t get me wrong, I liked nature, but from a distance, out of my way. And then twelve years ago as I pushed my two children in their stroller, a mother bear lumbered out from the woods.

She came from my right and crossed the road not ten feet away, the soft pads of her feet the size of dinner plates. I stopped behind my stroller, my two children, ages three and three weeks, sleeping inside. Then again from my right, two cubs tumbled out into view, sensed my presence, then plunged back into the foliage.

The mother bear from the bushes on the left turned, sniffed, and rose on hind legs to her full height. She was on the other side of the two-lane road at the edge of the woods, but the sight of her magnificence sent me sinking to me knees. She grunted, and fixed her gaze on me.

Not three days earlier I had called the DNR and asked them what to do about the bears plundering our bird feeder. “Black bears are nothing to worry about,” he said. “The only time they’re dangerous is if you get between a mother and her cubs. Whatever you do, don’t do that.”

We were all in a fairly straight line: the mother bear to my left, the cubs to my right, and me with my sleeping children in the middle. Not twenty days earlier I had given birth to my son who was the size of a bread loaf sleeping next to his sister. It was spring, and this bear had also just given birth.

The moment sharpest in my mind is when we made eye contact. It was like finding a stranger across a room who shared your experience and your reaction, so the connection was instant. She wasn’t just a bear, she was a mother who knew I had my young with me, just as I knew about hers, and she didn’t like the situation one bit more than I did.

Her eyes glinted like flints as they glared down at me, but she didn’t move. Instead of a complete freak-out, a sane and tempered reasonableness rose through me, what I’m sometimes capable of when at my best. I saw that our stillness was our only way of communicating, and so it seems that we agreed as mothers not to move.

We kept vigil. That bear stood at the edge of the road and I crouched behind my baby stroller. Over and over the cubs came out, squeaked, and high-tailed it back into the brush. Once, a cub pushed its sibling out onto the road; the bear found its feet with frantic indignation and scampered back where a noisy tussle ensued.

Finally, a car came along and the mother bear ducked away. I saw my chance. Using the car like a shield, I sprinted home with my stroller. I never saw those bears again.

Our encounter could have ended any number of ways had that mother bear and I not struck an agreement that day, one that, for my part, I’m still trying to uphold. I no longer assume that what the beaver, the bat, or even an ant is doing isn’t just as important as what I am doing. I feel a deep sense of loyalty to my environment, not just because I want to save it, but because I think it just might save me.

(This story originally aired on Wisconsin Public Radio on May 12, 2017.)

Carol Dunbar is a writer living off the grid in northern Wisconsin.

Wisconsin DNR - What to do if you encounter a Black Bear 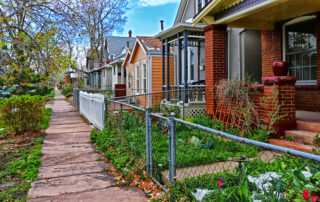 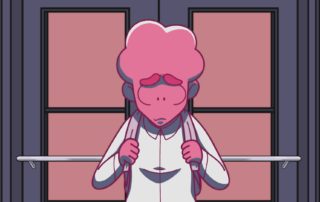