When the United States declared war on Germany in April 1917, millions of young men across the country lined up to enlist and serve in what they believed would be the “war to end all wars.” One of those men was 21 year-old J. Vincent Hood of Racine, WI. He was assigned to the 121st Field Artillery Regiment of the 32nd Division, a group composed of National Guard soldiers from Wisconsin and Michigan. They set sail for Europe in March 1918.

About 80 years later, Hood’s great-grandson, Mark Sullivan, interviewed him about World War I for a class project. Sullivan was in sixth grade at the time and recently discovered the cassette tape that captured that interview. He shares the story of his “Bompa” ahead of Veterans Day and the 100th anniversary of Armistice Day.

VINCENT: “For four years, the French and the Germans had fought a war. Trench wars they called ‘em.”

MARK: That’s the voice of Vincent Hood, lifelong resident of Racine, Wisconsin, combat veteran of the First World War, and my great-grandfather. In less than a year’s time, Vincent went from selling real estate in Racine to the horrors of the Western Front, seeing six months of fierce combat, with only ten days of rest. When the 32nd Division first arrived in Europe, they were confined to the trenches, fighting alongside the famed 10th French Army. A young Mark Sullivan with ‘Bompa’ in 1994 at his 98th birthday. (Photo courtesy of Bob Sullivan)

MARK: I remember my grandfather talking about the war, about pulling great big guns across the front on horse drawn carts. Or the time he got caught up in clouds of mustard gas, his fingers pruned and skin yellowed for days. He told me about the trenches – about the mud, the muck, the smell…

Commander of US forces General John J. Pershing quickly lost patience with the stalemate of trench warfare, and opted to go on the attack. What followed was a series of battles known as the Hundred Days Offensive.

VINCENT: “So when the Americans come in, they didn’t want that. No trench warfare. The only way you’re gonna end this thing is not allow any trenches, keep ‘em off guard. Keep hittin’ em the whole time, they can’t get set. And we were not allowed to go into any trenches.”

MARK: Vincent and the 32nd Division forged ahead, leading four major campaigns and fighting in two more, never once ceding ground to the German army. It was here that the 32nd earned the nickname “Les Terribles” – the Terrible Ones. In September 1918, the 32nd became the first Allied division to break through the famed Hindenburg Line – a 50 mile long, 3.5 mile deep network of fortified German defenses. The end of the war seemed near.

VINCENT: “When the Germans saw that, I mean, the French Army – ‘fini la guerre’, that means ‘end of the war’. You realized what a difference it was, if we couldn’t fight in trenches.”

Out Of The Trenches: Racine Veteran Reflects On WWI

Vincent Hood's family still has many of his WWI artifacts, including his boots, helmet, and gas mask. (Photo by Bob Sullivan)

Instructions on how to use Vincent Hood's gas mask. (Photo by Bob Sullivan)

Vincent Hood brought some German "souvenirs" back to Wisconsin after WWI. (Photo by Bob Sullivan)

WWI shell brought back to Wisconsin by Vincent Hood. (Photo by Bob Sullivan)

Excerpt from book, "Racine County in the World War." Vincent Hood is on the right. (Courtesy of Bob & Mark Sullivan)

MARK: After the war, Vincent returned home to Racine and to his wife, Marion. Together they raised four children and dozens of grand- and great-grandchildren, before he passed away in 1997 at the age of 101. As we remember a full century since the armistice, I can’t help but consider the life of Vincent Hood, a man who came in with the carriage and left with the space shuttle; a life that spanned from Grover Cleveland to Bill Clinton. One hundred years almost feels like ancient history, but my relationship with my great-grandfather is proof that our history is still here with us today, as more than just ghosts and memories. I was 12 years old when he died. I knew him well. Our past is our present.

And so as we honor all veterans on November 11th, let’s not forget the first to experience the horrors of modern warfare, a conflict they truly believed would be the one to end them all. Those soldiers came home victorious, raised their families through the Great Depression, and then sent their sons off to avenge Pearl Harbor and beat back the Nazi menace. If the citizens and soldiers who defeated Hitler and Hirohito are the Greatest Generation, then what do we call Vincent’s generation?

Gen. John J. Pershing tried to sum it up as he honored these soldiers at the dedication of the Montfaucon American Monument, Montfaucon, France – August 1st 1937.

“It is difficult for our people at home to picture to themselves what took place upon the now smiling hillsides that surround this monument. 1,200,000 American soldiers were the actors upon in the tragedy. They suffered as only those who have been through that war can realize. Most of them had been hurriedly equipped and only partially trained when they were rushed across the seas and put in to battle against a veteran army. They fought with a dash that surprised both friend and foe and displayed the courage of seasoned troops. In the thousands individual combats, which the broken nature of the terrain exacted, they proved themselves cool and resourceful. The highest praise that can be given can be bestowed upon them is to hope that America will continue to raise such sons.”

Armistice Day, was declared a national holiday in 1938. Seven years later, a veteran of World War II led a campaign to have the day honor all who served, and the United States observed the very first Veteran’s Day on November 11th, 1947. 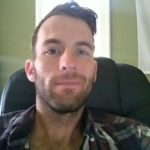 Born and raised in southeastern Wisconsin, Mark Sullivan spent a decade doing a bad Jack Kerouac impression, before returning home to the greatest state in the Union. He currently studies audio engineering in Milwaukee.

Wisconsin In WWI: The Thick of It