I recently visited Mineral Point to sample its famous attractions, including the historic mining sites and the 19th century architecture. But during my stay in southwestern Wisconsin, I also stumbled onto a bit of local lore I’d known nothing about. 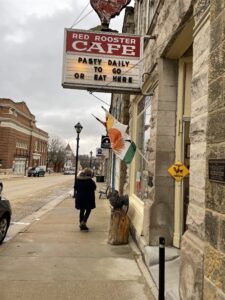 I overheard several conversations about Allen Ludden, the smooth-talking TV game-show host of the 1960s and ’70s. And at the Red Rooster Cafe, the small town’s popular breakfast spot, my placemat listed Ludden’s grave as a Mineral Point highlight.

Many tourists might have said “hmmm” and continued visiting the art galleries on High Street. But not me.

I grew up with Ludden’s “Password,” in which contestants traded clues to guess a mystery word. As an elementary-school bookworm, I was drawn to a game-show host who glorified the English language. We even wore identical horn-rim glasses, which made him look dashingly brainy and made me look like the last one you’d pick for dodgeball.

While my friends watched cowboy shows, I kept the dial tuned to “Password” and — no surprise — grew up to be a writer rather than a ranch hand. I’d never thought about it before, but some of the credit goes to Allen Ludden.

After a hearty breakfast at the Red Rooster, I searched the internet to explore Ludden’s Mineral Point connection. He was born there in 1917, and his father — an ice dealer — soon died of the Spanish flu. When Allen was five, his mother married the guy who ran Mineral Point’s electrical plant, after which the family moved around Wisconsin. Allen graduated Phi Beta Kappa from the University of Texas and then earned a master’s in English, suggesting that his intellectual image was not just an act.

After receiving a Bronze Star in World War II, Ludden hosted radio and television shows and found his star vehicle at “Password” in 1961. That’s also where he met fellow TV personality Betty White. They fell deeply in love, married, and worked together on stage and screen until Allen’s death from cancer in 1981. White never remarried, saying, “Once you’ve had the best, who needs the rest?” 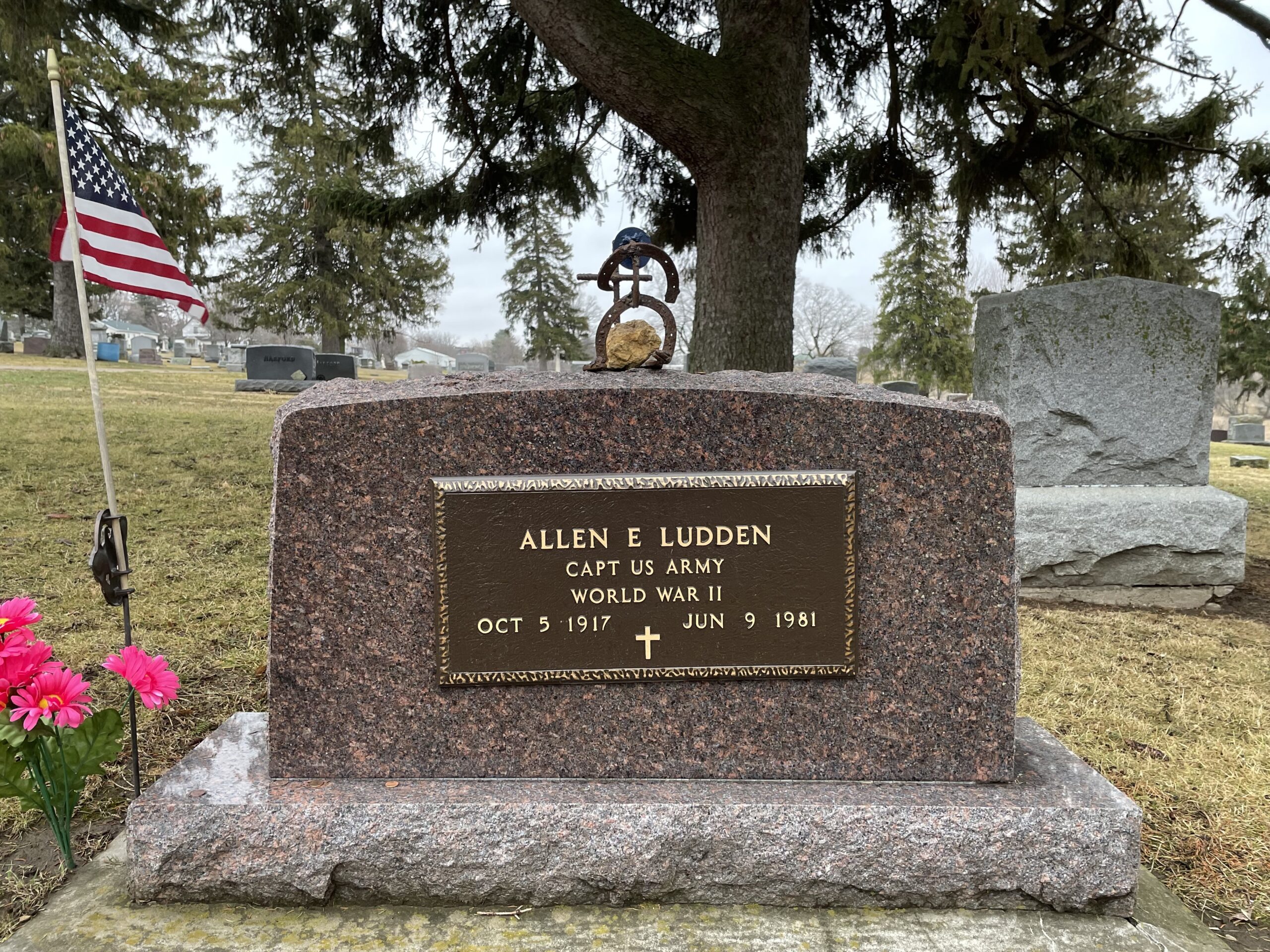 Ludden was laid to rest in Mineral Point, and townsfolk speculated that his beloved Betty might be buried beside him. To their dismay, she chose not to join him for eternity in southwestern Wisconsin, though she did donate his papers to the Mineral Point library before her own death in 2021.

My Allen Ludden journey ended with a pilgrimage to his gravesite on the western edge of town. To its credit, Graceland Cemetery gives no special treatment to Mineral Point’s famous son. So, in the absence of signage, I wandered for a while through the sloping grounds. Finally, I found the tombstone, which mentions Allen’s service in World War II but nothing of his showbiz career. Indeed, the peaceful plot feels as far from his star on the Hollywood Walk of Fame as you can imagine, bordered by the Iowa County Fairgrounds and rolling farmers’ fields.

I couldn’t help thinking that Betty White might have been quite comfortable there.