If you’re competing in the biathlon at the Olympics, you have to be really good at not just one, but two different sports: Nordic skiing and rifle shooting.

Competitors skate ski with a modified .22 long rifle strapped to their back. They stop at a range and shoot targets while standing and prone, or on the ground. The hope is to hit all the targets so they don’t have to race any penalty laps.

Team USA has never medaled in the biathlon, but eight biathletes are hoping to change that at the 2022 Olympic Games in Beijing. Three of those hopefuls have Wisconsin ties, including Deedra Irwin, who is making her Olympic debut.

Back in high school, the Pulaski native joined the Ashwaubenon Nordic Ski Team to supplement her running habit. She competed with Michigan Technical University’s Nordic ski team and eventually joined biathlon in 2018, after encouragement from her friend and current teammate, Joanne Reid. Irwin was hooked and became a Vermont National Guard biathlete.

And now, she can add Olympian to her resume.

There are eleven biathlon events at the Winter Games from February 5-19, 2022. Irwin competed in the 15km Individual, where she placed 7th with a final time of 45:14.1 and secured Team USA’s best ever individual result in biathlon at the Olympic Games. She will also be competing in the women’s 7.5 km Sprint and 4x6km Relay. At the Games, she has an opportunity to qualify for the women’s 10km Pursuit and 12.5km Mass Start.

WPR’s Maureen McCollum recently talked with Irwin via Zoom while she was in Italy, where her team had just competed in the BMW International Biathlon Union World Cup. Team USA was ranked 14th but they finished 5th — the best finish they’ve had in decades.

Deedra Irwin: I was crying at the end of the relay last weekend. I was just so excited because last year we took 6th place and we all were like, “Holy crap, that’s crazy!” Now this year, we have a 5th. It sort of shows this progression; that our team is able to compete at such a high level throughout the world, even though our sport maybe isn’t the most popular in the US.

Maureen McCollum: You started competing in biathlon in 2018 after many years of competitive running and Nordic skiing. But what about shooting? Did you first pick up a rifle in 2018 or did you grow up in a hunting family?

DI: No, I did not. No one in my immediate family is really hunters. Actually, no one in my family ever Nordic skied before. We’re more the football and wrestling family, you know, typical Green Bay.

In college, I took a pistol or rifle course for fun for a gym class.

The first time I was really exposed to gun safety was when I was handed a biathlon rifle, which was kind of weird at first. I was like, “What am I doing?” But a lot of people were like, “This is great! You don’t know how to shoot. You don’t have any bad habits.”

I think that actually helped me because I didn’t know how to hold a normal gun. I mean, besides maybe a shotgun — hold it really close into your shoulders so it doesn’t fly you back, right? But other than that, I didn’t really know anything about positioning.

It’s funny now, and people — especially when I joined the Army and I tried to use a normal rifle — people were making fun of how I was holding it. They’re like, “What are you doing?” Or even prone — I’d lay down and do the full biathlon spread. It was a lot of adjusting to get used to both ends and now I’m coming back to the biathlon rifle. So yeah, it’s been crazy. 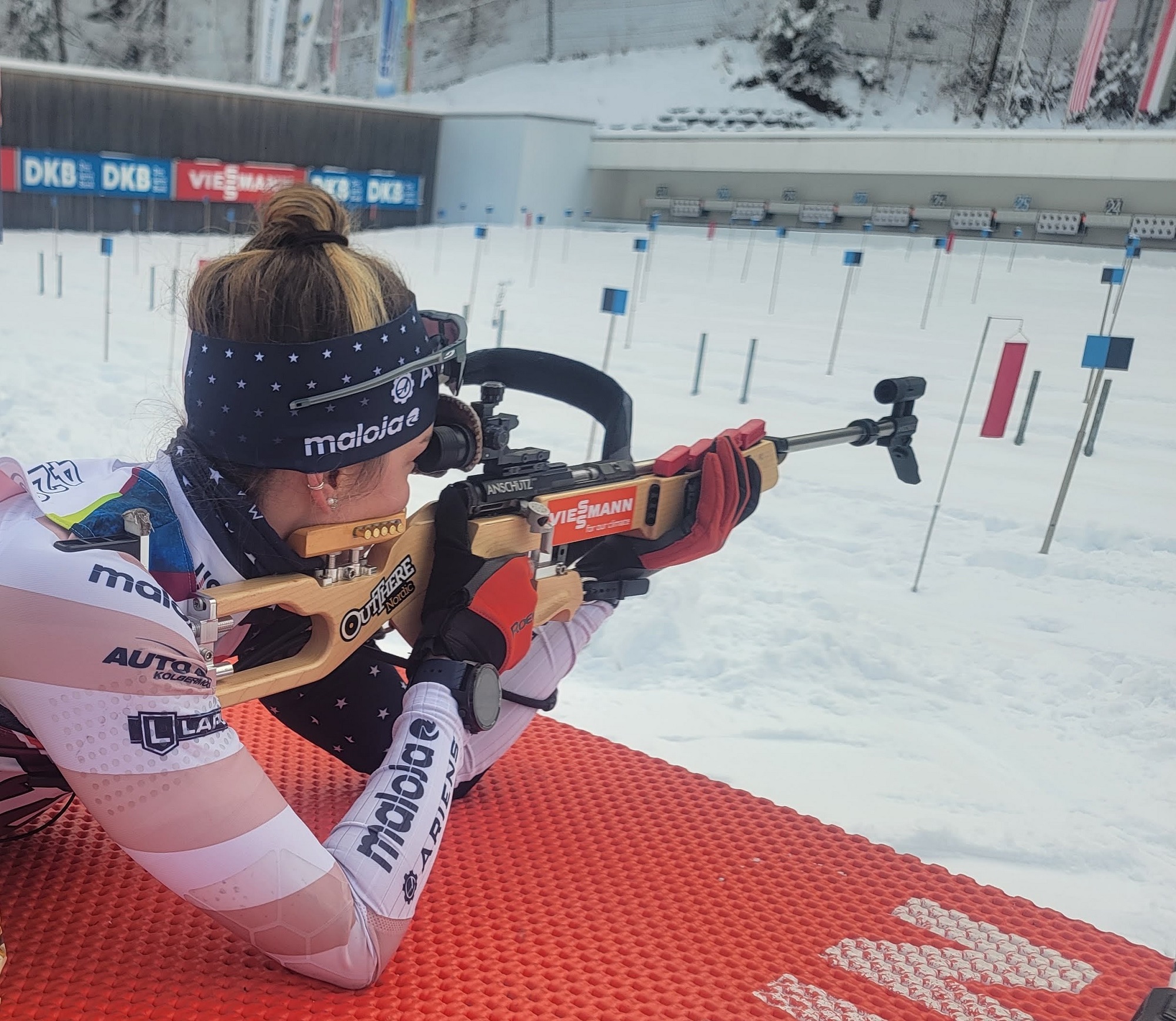 Deedra Irwin shoots at targets with her biathlon rifle. (Courtesy of Deedra Irwin)

MM: You went to Pulaski High School and you were a member of the Ashwaubenon Nordic Ski Team. I would assume that club members are all very excited for both you and (former member) Paul Schommer.

DI: Yeah. Scott Putman, the coach for the Ashwaubenon Nordic Ski Team, has been a huge part of my entire process — even throughout college and then beyond. He’s always reaching out and getting me to come back to the community and getting me to help coach, which is awesome because I studied it in college.

I love teaching. I love to work with kids and help coach. So much of what helped me as an athlete, as I was developing, was when those athletes came back and taught me little things they learned in college. They taught us about ski technique or helped me work through being a complete beginner at the age of 16 — trying to learn how to coordinate my tiny, teenage running body into powerful ski motions. So, I always like to come back to Pulaski and help coach the Ashwaubenon Nordic Ski club. It’s because I learned so much from it and I had so many mentors in my life that I love to give back.

MM: Why do you love competing in biathlon?

DI: When I first joined, one of the reasons that I was really drawn to biathlon was just the passion of all of the administrators, the coaches and the athletes. You could tell they just loved the sport.

And then, when I actually got to compete internationally at one of my first World Cups, I walked through this tunnel having no idea — like I’ve seen it on TV — but I look over and there’s like 30,000 fans, just like screaming and partying. It was like being in a football stadium back in Wisconsin. And I’m just like, “They’re here for us.” It was just such a cool thing to experience and see the biathlon culture in Europe and be a part of it. From that, I just developed such an appreciation and love for the sport.

It’s also just so challenging. On any day, anybody can clean a race and place so much higher than they normally do. You really learn how to develop as a human and really work with these failures.

You get ten bullets to shoot ten targets in a sprint. I’ve yet to clean on a World Cup stage. But, when I have had those moments on the IBU Cup in the past or even at practice where I can hit all ten of those, it’s such a cool feeling.

So there’s always something to work on in the sport. It doesn’t get boring for me. It’s not just like running — here’s the start, first one to the finish wins. There’s a little bit more tactic and it’s just so exciting to me. 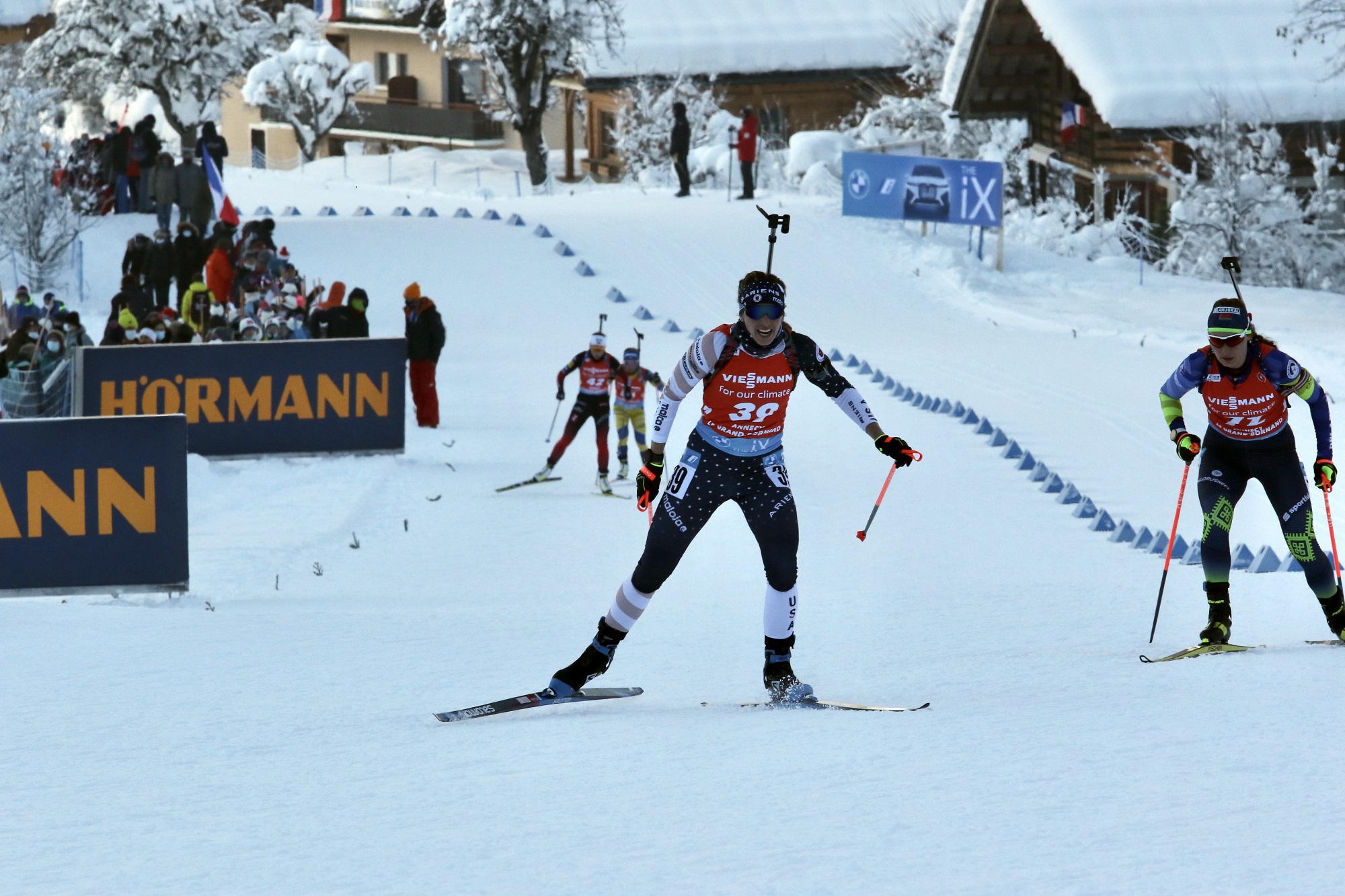 Deedra Irwin in the midst of a biathlon race. (Courtesy of Deedra Irwin)

MM: And it’s interesting to me that biathlon has only been in the Olympics for a few decades because it seems like one of the more practical winter sports. At its core, it’s extreme survival skills. You ski fast and shoot.

DI: Yeah and I think that’s why for me — being a part of the military — it is a military training exercise. That’s how it got developed from the Norwegian Army to become such a hit.

I think it’s the most watched winter sport in Europe. Like we have first TV rights. I get back from training or racing and I’ll turn on the TV. I’m like, “Oh, I want to watch the men’s race.” No doubt about it, I 100 percent know that the World Cup biathlon races are on TV. It’s just so cool to be a part of that.

MM: Can you talk about how you approach a race? As a spectator, it’s fascinating for me to watch how you all find that balance between really exerting yourself and racing fast, but not overexerting yourself. If you’re exhausted, I assume that throws off your shooting?

DI: And that in there lies the question, how do you do that? I’m still figuring it out. Every year, I’ve gotten a little bit faster at skiing, but unable to push the line a little bit more. I’ve noticed that if I do that too much, you’re right, I come into the range and I’m breathing too heavy. The barrels moving a lot more. I can’t really get it in sight.

So that’s really the name of the game: How to balance being efficient and fast in skiing and being able to flip that switch when you get to the range and become a focused, precision shooter.

MM: What are your goals for these Olympic Games?

Since then, I’ve been able to think about what kind of realistic goals I can have. And for me — I’m very realistic — so I don’t really expect myself to podium in individual events unless something really crazy happens.

I really want to focus on the relays. Last weekend and even the weekend before, our relays have just been getting better and better. I really believe in this group of the four women we have here. I think we can really pull together something magical. You better bet I’m going to race my heart out.

Biathlete Deedra Irwin is one of the 20 Wisconsinites competing for Team USA at the 2022 Winter Olympics in Beijing. You can follow her progress and experience at the Games on Twitter. 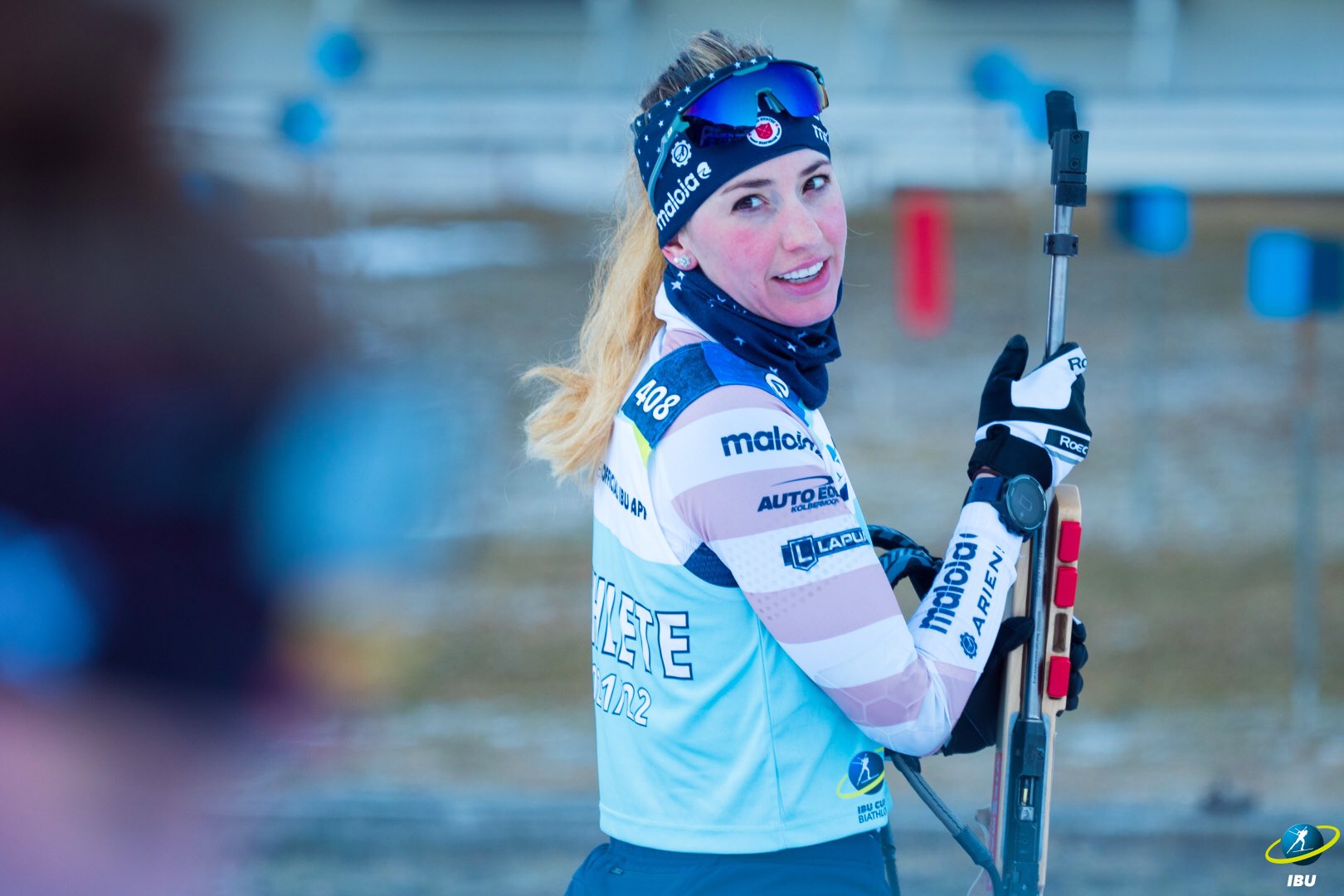 Deedra Irwin was drawn to biathlon after skiing competitively in her hometown of Pulaski, Wis. and at college in Michigan. (Courtesy of Deedra Irwin)

Two other biathletes on Team USA also have Wisconsin ties.

Paul Schommer is making his Olympic debut. Born in Appleton and raised in Kimberly, he joined a cross-country ski team as a high school sophomore before earning a spot on the junior Olympic team and The College of St. Scholastica’s men’s Nordic ski team. He got into biathlon through his college experience and now offers people a glimpse into life as a biathlete through his YouTube channel, Biathlon Uncharted.

Joanne Reid of Colorado is making her second Olympic appearance. She was born in Madison and lived there when she was 6 and 7-years-old. She fell in love with biathlon thanks to her grandfather, who was a member of the Blackhawk Biathlon Club. Reid not only has Wisconsin roots, but Olympic roots, too. Her mom is Olympic speed skater Beth Heiden Reid, who grew up in Madison and won a bronze medal in the 3000m in 1980 at the Lake Placid, New York Games. That same year, Joanne’s uncle and Beth’s brother, Eric Heiden, won all five gold medals in speed skating, setting an Olympic record in every event from the 500m to 10,000m.