A Tour Of The Spring Sky

The Milky Way above Yawkey Lake in northern Wisconsin. (Photo by Joe Parks)

Spring heralds earlier dawns and later sunsets. The change of season also brings a whole new set of constellations into view, including some of the oldest constellations we know. Commentator Jim Lattis takes on a tour of the spring night sky.

(This story originally aired on May 3, 2012 and was produced by Erika Janik.)

“…in Torrent and Ascending…” by Jason Zerbin

“Flying” by The Beatles 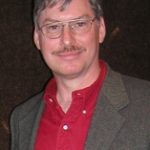 Jim Lattis is an astronomer and the director of the UW-Space Place in Madison.