If you’re a big music history nerd, you know there’s a ton of information out there about hip-hop’s roots in New York City. But what about hip-hop in Wisconsin?

Our friends at 88Nine Radio Milwaukee decided to dive into this story by asking, “What was Milwaukee’s first hip-hop song?” Through the podcast, “Backspin,” hosts Justin Barney and Tyrone Miller take listeners on a musical and historical journey as they talk with pioneering Milwaukee DJs and musicians who reminisce about dance clubs and house parties of the past.

While listening to “Backspin,” you quickly learn that the search for Milwaukee’s first hip-hop song is a bit complicated.

Milwaukee’s first hip-hop record could be the song, “Class A.” It was released in 1981 by The Majestics, a funk and R&B group. Businessman Marvell Love convinced them to put out the disco rap song with hopes it would be profitable. The Majestics (Courtesy of Radio Milwaukee)

But the group didn’t consider themselves rappers.

“We just made a rap song. We ain’t rappers. Wouldn’t dream of it!” laughed Washington. He still performs with some of The Majestics today as Chocolate Ice 2.

After “Class A” came out, it didn’t have a huge impact. While it was Milwaukee’s first hip-hop record, it didn’t inspire a new wave of rappers.

“We were definitely the first official hip-hop crew to release a record of hip-hop in Milwaukee,” said Todd Thomas, also known as Peechy and today best known as Speech. “We felt it was cool, but — at least me — I felt we could do better. So, we went back into the studio and did a better version of that song and included three other songs on that EP.”

Hosts Miller and Barney found that a lot of people in the music community credit Speech with jump-starting the city’s hip-hop scene.

“And everyone had such reverence for Speech,” Barney added.

Speech and his fellow musicians were pioneers in Milwaukee’s hip-hop scene.

“One of the things I think people wouldn’t realize is that we didn’t travel to New York. We didn’t know anybody who’d written or did a rap record,” said Speech. “So for us, it was a lot of guessing. Unlike today, there was no internet. You couldn’t go to YouTube and check out how somebody did something. We were trying to do the best we could to make an authentic hip-hop record.”

Part of that meant creating a new sound that captured the city.

“I didn’t want to be just a ‘Milwaukee artist,’ Speech said. “I knew that Milwaukee had to rise to the occasion of New York, because New York was defining hip-hop. I wanted Milwaukee to have that same legitimate sound and I feel we accomplished it with that EP.”

After releasing “A-Tak On The Wax,” Speech left Milwaukee to attend the Art Institute of Atlanta. That’s where he formed the Grammy Award winning group Arrested Development. The rest is music history.

Check out 88 Nine Radio Milwaukee’s podcast “Backspin” and decide for yourself: was the city’s first hip hop song “Class A” Or “A-Tak On the Wax?” Does it even matter what came first? Take a deeper dive into this story through the podcast, “Backspin,” with co-hosts DJ Tyrone Miller, music director Justin Barney and executive producer Nate Imig. 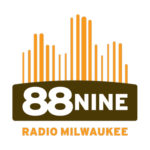