I often introduce students in my English classes to the concept of liminality, or the important middle phase of the rite of passage ritual. The Latin word limen means “threshold,” and liminal characters are in the process of crossing from one world into the next: a boy about to become a man, an expectant mother, a groom before his wedding day, an elderly aunt on her deathbed. Liminality marks change. It is an ambiguous, scary, exciting, and necessary part of life.

If there were a liminal time of year, it would be August. The long, lazy days of summer that I took for granted in June and July become urgently precious when August comes around. It is a month that forces me to savor and appreciate every bike ride, ripe tomato and swing in a hammock, because I know that I’m about to get swept back into the crush of schedules and routine, of teaching, commuting, packing lunches, and checking homework.

As a parent, I’ve come to look forward to — and dread — this bittersweet time of year. This is when I observe my children with particular interest because I see them hovering over a threshold before they enter their next grade in school, and their next rung of development on the rickety ladder to adulthood. I try to burn them into my memory just as they are, suspend them in time. The futility of this exercise can leave me feeling melancholy. It feels like saying goodbye, and reminds me of line from Peter Pan, the ultimate liminal character. He says, “Never say goodbye, because saying goodbye means going away, and going away means forgetting.”

My daughter is seventeen. I think of how much she’s changed over the years, from the little girl who begged me to buy her a bunny to the kid who became obsessed with Egypt and cried when I told her that Sanskrit was a dead language. This may be the last summer she’ll have time to road trip across the country with me for our family vacation.

She’ll start college in a year, and my son, at fifteen, isn’t far behind. He’s taller than I am, and his voice is so low that I can hardly hear it. I watch him shuffle across the lawn in his flip flops and board shorts and I can’t help but think that this is probably the last summer I’ll be able to see the baby in him.

If April is the cruelest month, August the most poignant. It has become, for me, the month of lasts: the last time my kids could keep themselves occupied for hours playing in the sand, the last summer they’d fall asleep on me, the last time they’d pull a red wagon behind them or make me a birthday card with crayons.

When I feel this way, it’s helpful to remember what I’ve taught my students: that literature exploits liminal moments because they give the characters opportunities to grow and become more complex, which is exactly what’s happened with my children. If time were to run backwards, I know I’d mourn for the loss of the changes they’ve undergone.

I have to remind myself that my children aren’t falling off a cliff, they are passing over a threshold. And as they hover between worlds, they become more vivid to me, more precious, like the waning days of summer. 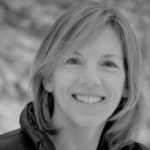