In 1869, when the range lights were built, Baileys Harbor was considered the only safe harbor north of Milwaukee. The town was a busy logging center, shipping cordwood, cedar post poles, and hemlock bark to other Great Lakes ports.

Ed Miller, a volunteer guide at the Ridges Sanctuary in Baileys Harbor, shows people through the range lights. He wears the visored cap and double-breasted navy blue coat that were the garb of lighthouse keepers.

“The last keeper here was Henry Gattie. He was here 27 years — as long as his predecessors combined,” Miller said. “When Henry arrived in Baileys Harbor, he was single. He was considered a very eligible bachelor because he had a pay of about $600 a year, and he came with a house. So all the single girls in Baileys Harbor were interested in Henry.” 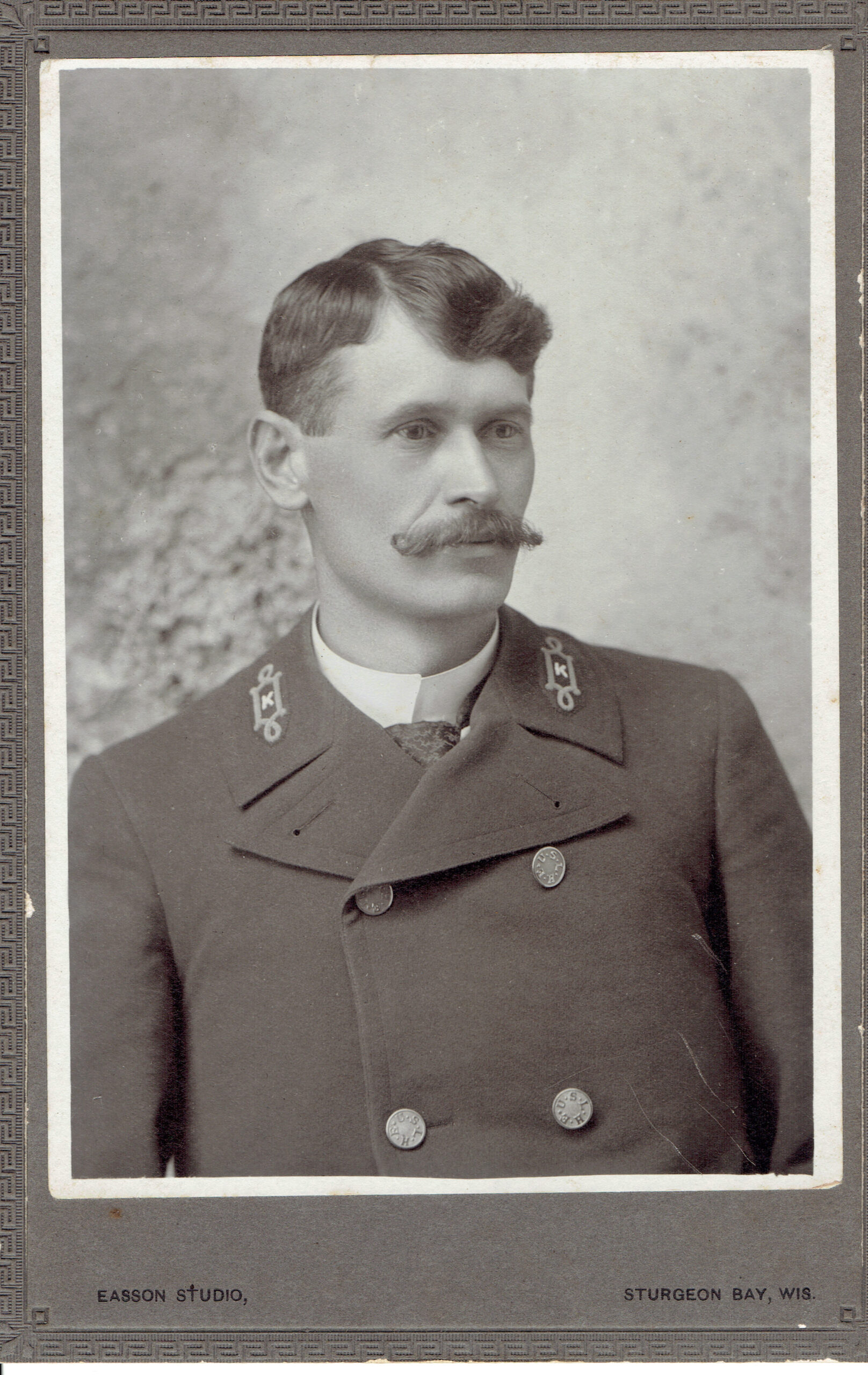 As for Gattie, he did tie the knot and celebrated in a typical Wisconson way.

“There’s a picture we have of Henry with about eight other gentlemen there, all holding a mug of beer,” Miller said. “Henry’s in his lighthouse keeper’s uniform and the waiters in a white uniform. They all have full mugs of beer and the label on the bottle the waiter is serving is Miller Beer. So it was Miller time in 1901?”

Restorations of the lighthouse have turned up some surprises.  Under the parlor floor newspapers from 1944 and 1945, with screaming headlines and big photos of the late Franklin D. Roosevelt and his successor, Harry Truman, and Lauren Bacall.

“We’re going to head up the stairs that the lighthouse keeper would have went up many times starting in the evening, throughout the night, and the following morning,” Miller said as he gives a tour. “First, he would light the lamp right before dusk. Then, he would go up several times to adjust and trim the wick because if he didn’t adjust the wick, he got a smoky flame which sooted up his lens and reduced the light output of the lens. So lighthouse keepers got the nickname ‘wickies’ because they were always adjusting the wick. Then in the morning, he would extinguish the light right after the sun came up. By 10 o’clock, he had to have everything all polished up and ready to go for the next evening.”

Now we get to the heart of the matter, a bright object about the size of a snare drum.

“In the lantern room we’re looking down the range light boardwalk at the front range light. The original lens in the range light was the fifth-order Fresnel lens. It was such that it cast the light out about six or seven miles out over the water,” Miller said. “Today, we have a modern lens. It’s still lit and it’s an active aid to navigation. We’re back on the lighthouse list of navigation charts as a useful lighthouse.” 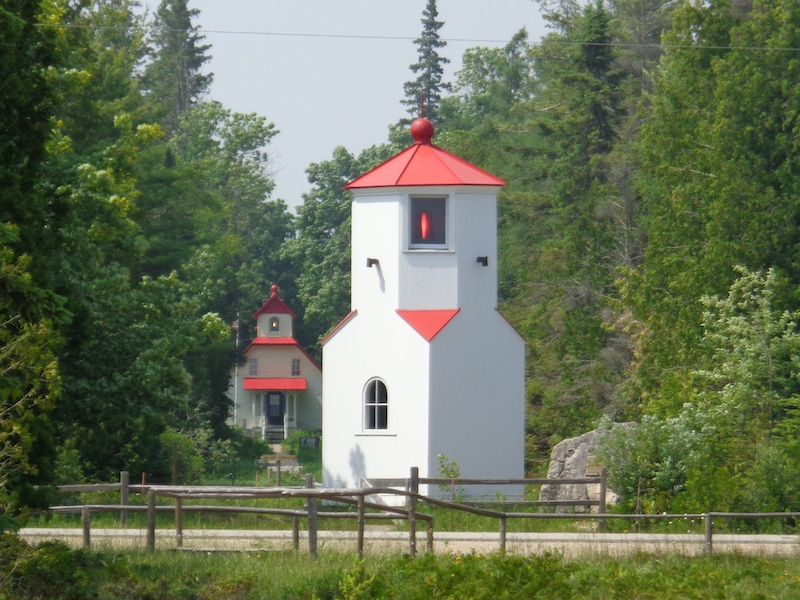 To get to the lower part of the range lights, you follow a 950-foot boardwalk toward the lake along the way until the autumn snowfalls. You’ll see tamarack, wood lilies, yellow lady slippers, blue flag iris, and one to two shoots of asparagus gone wild. In 1930, the lamps were replaced by automated electric lights, and the keepers became a thing of the past. Although solitude was never an issue at the range lights of Baileys Harbor, they were and are serious business on a lake that has swallowed boats for as long as there have been boats.