Zachary Zimmermann loves to beatbox. He learned how as a kid and now in college, he’s using his talents as a vocal percussionist in a campus a capella group.

“When I was in fourth grade,” says Zimmerman, “my camp counselor, who could beatbox, and he showed it to us. He said, ‘This will be cool when you’re older — you need to learn how to do this.’ And it stuck.”

After learning how to make a few sounds, Zimmermann began putting them together. His skills at making a clapping sound, a cow bell, and a tongue click got him a lot of attention in school.

“For better or for worse. Sometimes it made me feel like a, you know, trained monkey, doing a trick,” says Zimmermann.

He kept beatboxing for fun and even began performing a bit in his hometown, Mequon. He also signed up for every talent show he could.

Three years ago, Zimmermann transferred to the UW-Madison from Milwaukee. It was there, at a student organization fair, that he was asked a question he’s never been asked before: “Hey man, do you beatbox?”

“Which is the first time anyone has asked about that specific skill that I do happen to have. So, it was kind of destiny,” explains Zimmermann.

He decided to try out for the all-male campus a capella group named Fundamentally Sound. He auditioned and joined the group. In his three years as a member, he’s learned a lot about being a vocal percussionist.

Zimmermann graduates in May so he’ll have to leave the group. He wants to continue on as a vocal percussionist but options are limited.

“I think the market is really saturated with a lot of people just trying to get YouTube views. So, it would be difficult to make my own brand off it,” explains Zimmermann. “And it’s kind of hard to go professionally with something like that or start making a career out of it. I know there’s guys that just, like, go to New York and get a microphone and an amp and just busk and try and make money, which has always been super enticing.”

He does have another beatboxing goal.

“I’m gonna definitely make sure my kids get into beatboxing or at least can do it, ” says Zimmermann. “You know how there’s choir families and they’ll all sing harmonies together or whatever? I wanna, like, jam with my kids.” 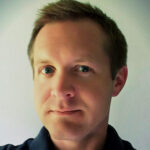 Steven Potter is a producer for Wisconsin Public Radio. He began his career in Milwaukee but is now based in his hometown of Madison. Given the chance, he’d report on any person, place or predicament at least once. Also: he really likes tacos.