When Hurricane Maria hit Puerto Rico and surrounding islands in 2017, it was devastating. The storm tore through communities, decimated cities and towns, and brought on widespread power outages. Countless people were injured and more than 3000 people died. Rebuilding in the aftermath has been slow and frustrating for its residents, as many have criticized the governments’ response.

As Puerto Ricans living stateside watched the disaster from afar, many felt powerless. It was hard to reach their family members on the island and assist in a meaningful way.

Poet Karl Michael Iglesias wanted to help in a way only he could. So, the Milwaukee native and Brooklyn resident channeled his thoughts into a debut poetry collection, “Catch A Glow” from Finishing Line Press.

He shares the poem, “Shuttered New,” which he created from a series of newspaper clippings. Iglesias says its about the “mass exodus of students from Puerto Rico and the teachers who were left behind.” 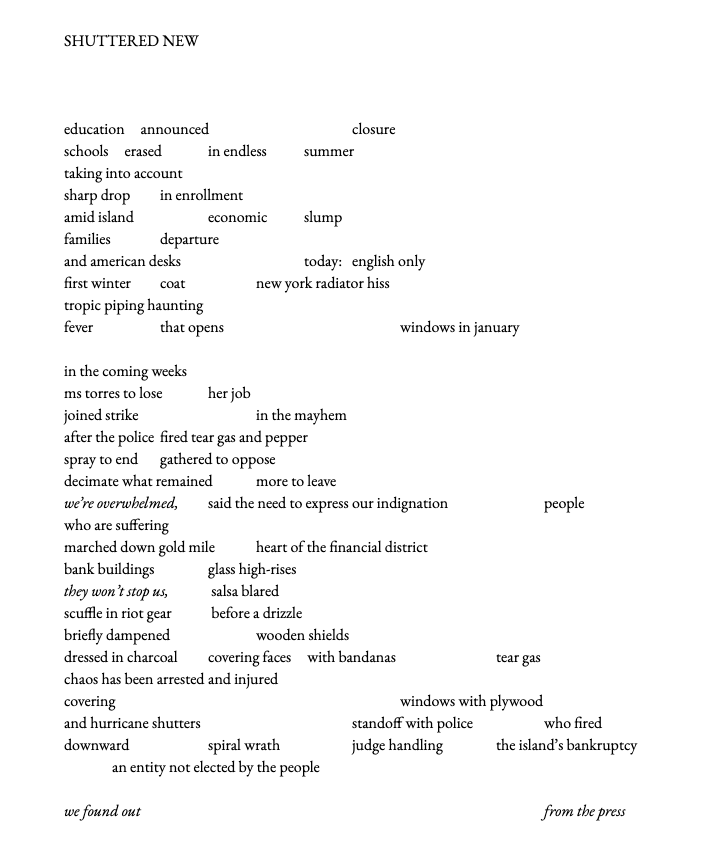 Iglesias tells us about the inspiration behind the poem, “Shuttered New,” and where he finds inspiration to create:

“The inspiration behind the poem, “Shuttered New,” is the shuttering of hundreds of schools in Puerto Rico around the same time as Hurricane Maria. Post Maria, over 40 schools were damaged so bad that they couldn’t reopen.

“At the same time, I’m teaching a bilingual poetry class for middle schoolers in Brooklyn. And I welcome two students from Puerto Rico who moved in with the family in New York in order to go back to school. I was witnessing the diaspora in motion and it was clear how Puerto Ricans were all a degree away from being affected by the hurricane. To dive into this moment a little bit more. I used snippets of newspaper clippings to compile parts of the poetic narrative.

“What inspires me the most to create is this self-realization that I have the responsibility to tell the story of my people, my histories, my family. It’s my job to comment about the times and the moment around me — to try to document what it feels like to be alive.

“My book of poetry, ‘Catch a Glow’ is an exploration of how the Puerto Rican diaspora digested the effects of Hurricane Maria through journalism, the supernatural and the people affected by it on the island and hundreds of miles away.” 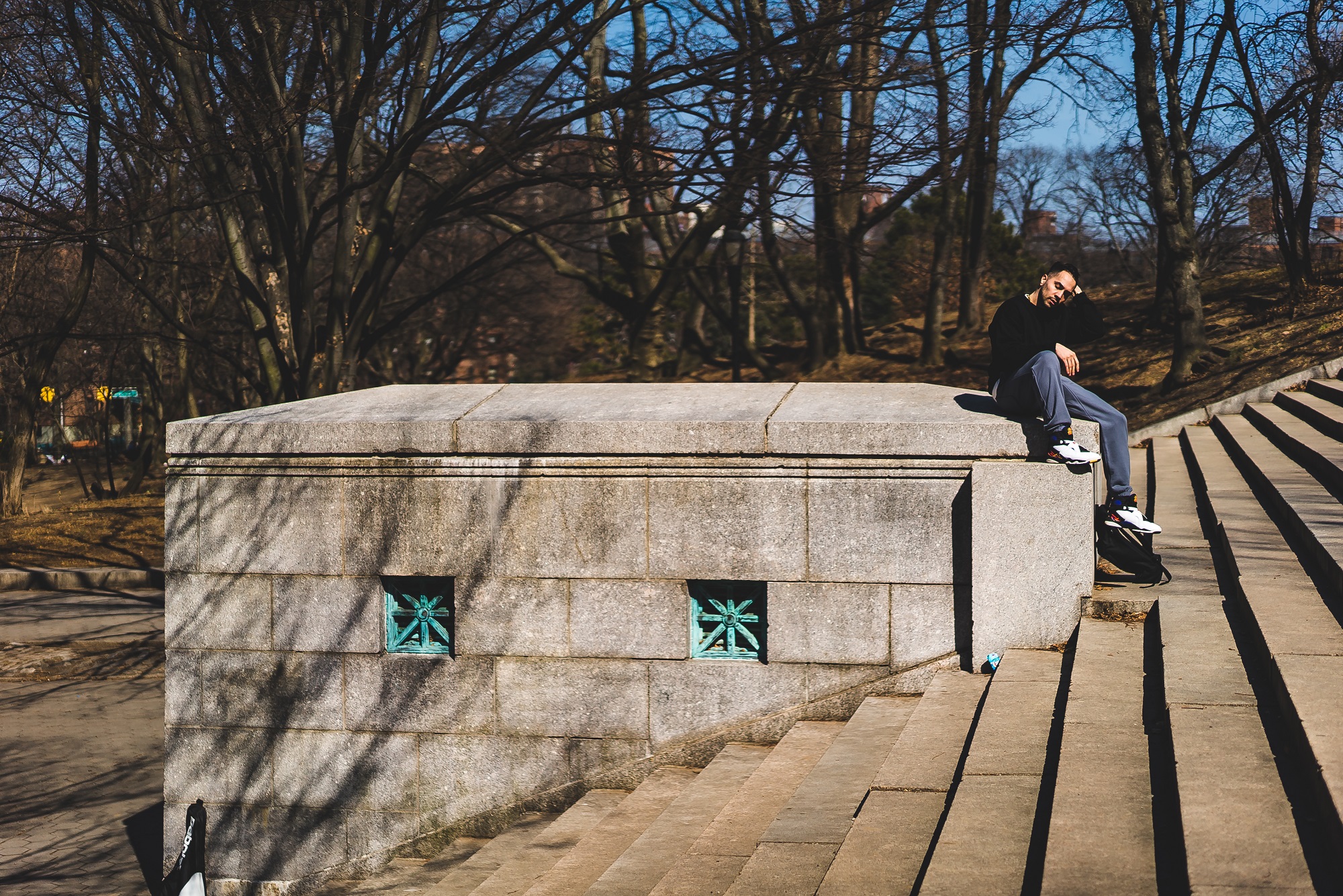 Karl Michael Iglesias grew up in Milwaukee, Wisconsin and graduateed from UW-Madison. He now lives in Brooklyn. (Photo by Daviston Jeffers) 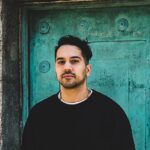 Karl Michael Iglesias is a poet, teacher, artist and actor based in Brooklyn. He grew up in Milwaukee and is a graduate of UW-Madison, where he was part of the First Wave program. His debut collection of poetry, “Catch A Glow” was released in February 2021 by Finishing Line Press.