Marvin Defoe, the Tribal Historic Preservation Officer for the Red Cliff Band of Lake Superior Chippewa, or the Anishinaabe. (Courtesy of Wisconsin Humanities)

Frog Bay is the first tribal national park in the country, and for the last several summers, it’s been home to a collaborative archeological project between tribal leaders and university archeologists. The goal is not just to find new artifacts in the ground, but imagine a new way for archeologists to work with tribal members.

A new podcast from our partners at Wisconsin Humanities called “Human Powered” brings us their story.

For the last three years, the Red Cliff Tribal Historic Preservation Office has been collaborating with archaeologists who have been helping excavate sites on tribal lands.

During these digs, students, researchers, and tribal community members work together to learn about the people who have lived on this land for millennia — and connect that knowledge with those who still live here today. For so long, this hasn’t been the case with archaeological work.

“Indian people have been studied to death, you know, study after study, after study, after study. Throughout my life and what happened to Indigenous people throughout this land really wasn’t a good perspective on what our people were,” said Marvin Defoe, Tribal Historic Preservation Officer, or THPO, for Red Cliff. “They say, ‘Well, this is how they used to be. That’s what they used to do.’ That word ‘they’ disconnects everybody in our whole community. So what I like to do is say, ‘We’re here today, we’re alive today, we ain’t going nowhere. There’s a story of how we came to be.'”

The THPO office is in charge of a lot of things. Things like the annual powwow, the language school, also making sure none of their sacred sites get disturbed. So sometimes, Defoe gets calls from archeologists, like Heather Walder, who works as a lecturer at University of Wisconsin-La Crosse and the Chicago Field Museum.

“I remember being in my like terrible apartment, calling Marvin just cold, to speak with a THPO, to talk about this project,” said Walder. “Mostly, I spent that hour just listening. And kind of asking questions like, ‘If you could do archeology in Red Cliff, what would you be interested in looking at?’”

“I had a hunch,” said Defoe. “When Heather gave me a call in Red Cliff, ‘Do you know of any place in Red Cliff that maybe we could take a look at?’ I started thinking. I said, ‘Yeah, we can go out to Frog Bay.’ Just a gut feeling.” 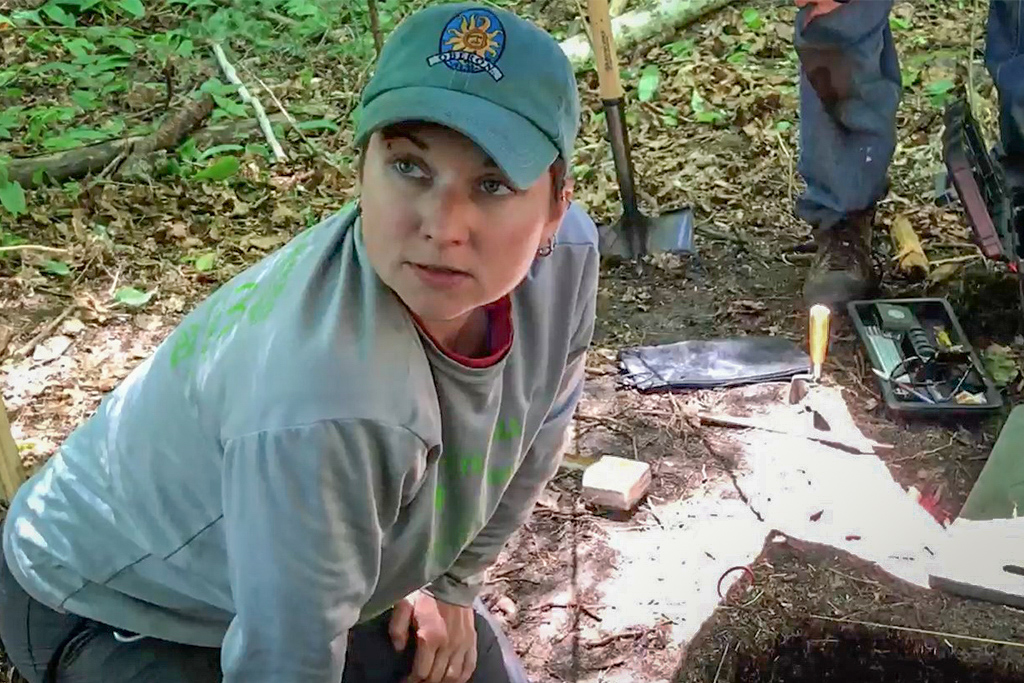 The dig started at Frog Bay Tribal National Park in summer 2018. A whole crew was there: Walder, her collaborator John Creese — an associate professor of anthropology from the University of North Dakota — and some of their students. There was also a crew from Red Cliff. Asking tribal members for input is crucial as the group makes sense of what they find in the ground.

“So bringing in things like oral histories and oral traditions, bringing in community members to get their perspectives on different artifacts, or even going out to the site,” explained Walder. “When community members or elders come out to the site, (you’re) hearing their thoughts on the use of space or how the place might have looked or maybe even envisioning who might have lived there. It brings in storytelling. It brings in community knowledge and it brings in culture in a way that interpretive frameworks in western science and archeology don’t always do.”

Indigenous knowledge is a resource that’s often been overlooked and undervalued by western science. But here in Red Cliff — it led to some big breakthroughs.

For example, take the bunches of cracked rocks that were found all over the site. Defoe had an idea.

“Heat them up, put them in a container,” said Defoe. “I call that an Anishinaabe microwave oven, you know?”

Defoe’s Anishinaabe microwave came from a story he heard from an Indigenous elder in Canada. The elder took his grandkids out for a weekend to share traditions. One morning, they caught fish and started a fire.

“So he took the fish, heated up the rocks, and he put that fish in there,” said Defoe. “In the woods, they got some wild onions, put it in there. He put a little wild rice in there and put the rocks in there. Put the top on. Wrapped it all up with that buckskin. Tied it up and propped it in a ball of his canoe. And off they went on their journey.”

A few hours later, they had a delicious lunch, cooked with hot rocks inside of a cedar log. Top Chef has *nothing* on this.

Defoe, Walder and Creese wanted to share this technique. And they wanted to do it using the rocks found at the Frog Bay site.

“And part of how you love, LOVE the land is you got to understand yourself and love yourself as a Native person and understand those teachings that make you Anishinaabe,” Defoe added. “It ain’t just doing an archeological thing, it’s, you live it — zitugawin — ”you live it.”

That story came to us from “Human Powered,” a new podcast from Love Wisconsin and Wisconsin Humanities. It’s a monthly series that it is out now and a place you can hear more about the work of Marvin Defoe and Heather Walder. This story was narrated by “Human Powered” host Jimmy Gutierrez and produced by Craig Eley.