Influential director Michael Schultz on Wisconsin roots, not slowing down

The movies of Michael Schultz, like “Cooley High,” “Car Wash,” and “Krush Groove” have given joy, drama and great jams to millions around the world. The Milwaukee native was one of the first and most successful directors in Hollywood to bring the lives of Black Americans to the forefront of his films. Andy Turner recently talked to Schultz, now 83, about his Milwaukee roots and long career, which continues today.

Michael Schultz has been around long enough that he gave two iconic actors their film debuts:  Samuel L. Jackson in “Together for Days” and Denzel Washington in “Carbon Copy.”

Schultz has directed dozens of movies and television shows over the years from “Rockford Files” and “Starsky & Hutch” to “Hart of Dixie” and “New Girl.” He was most recently behind the camera, directing “All American” and “Black Lightning” on the CW. 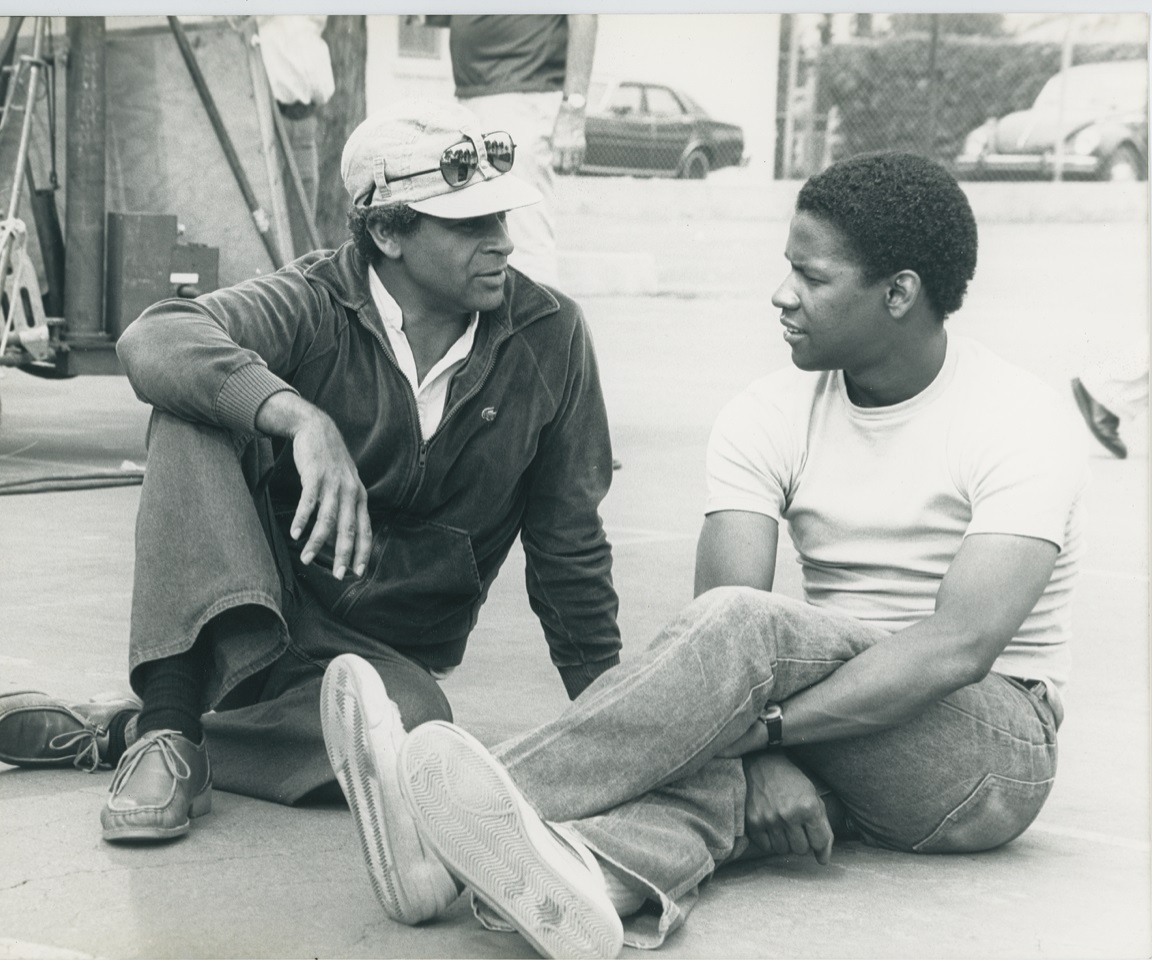 Schultz, who grew up on Vine Street in Milwaukee in the 1940s and 1950s, said he never dreamed of making it to Hollywood. He remembers a meager existence, without refrigerators or supermarkets. He spent a lot of time with his grandmother while his single mother worked several jobs.

Schultz said a taste of country life existed in Milwaukee at that time, citing his grandmother raising chickens in their yard as an example.

“It wasn’t in a cellophane package all neatly cut up,” said Schultz. “You saw the chicken with his chopped off and the thing running around and getting put in boiling water so the feathers would come off. It was almost like being on a farm in the city.”

He also remembers the segregation – an issue that still separates the city today. 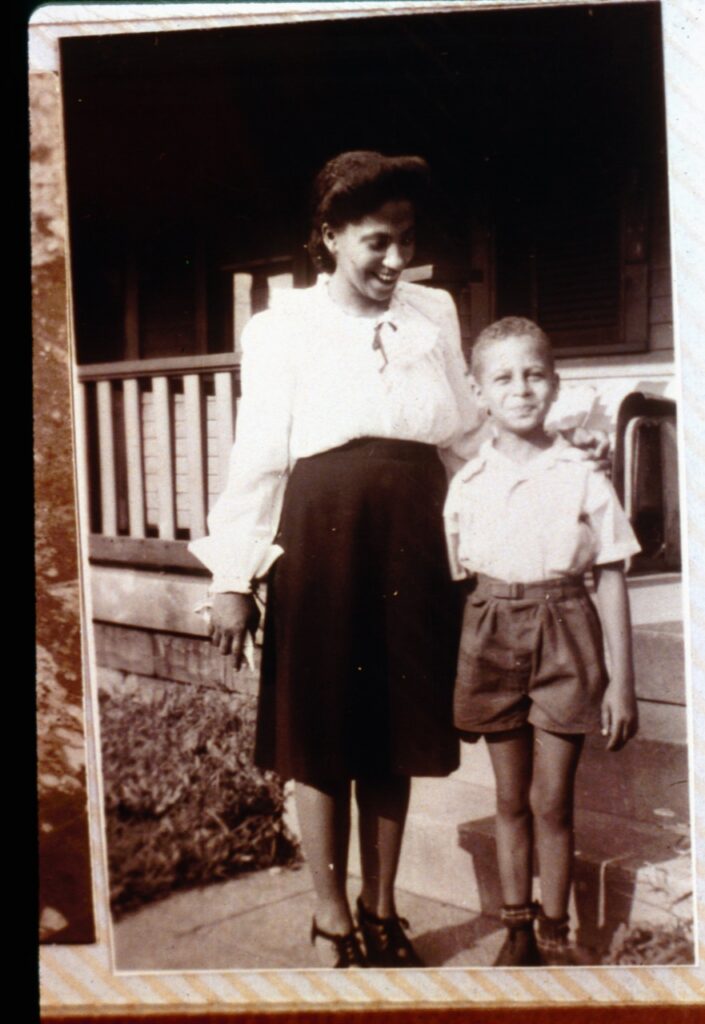 As a young boy and teenager, Schultz was an eager learner, which he credits helping him later as a director. He earned his Eagle Scout award. He attended Riverside High School, where he played football and baseball and participated in theater productions.

“I learned a lot growing up about how to do a little bit of everything,” said Schultz.

Schultz says his mother introduced him to opera, theater and ballet. However, it was in the Catholic Church where Schultz began to truly understand the power of theater.

“[I was inspired by] these high cathedral vaulted ceilings and the incense and the organ music and the choir singing and the priest up in front of the podium,” said Schultz.

His love of movies comes from Saturday afternoon cliffhangers, featuring Roy Rogers, Dale Evans, and Flash Gordon. They offered him his first taste of what he calls “cinema energy.”

“[With] these serials you could see every weekend where the hero would be in danger at the end of the episode, and you had to come back next week to see if he came out alive,” remembered Schultz.

Despite those artistic influences and alluring drama, Schultz first pursued his dream of being a jet pilot or astronaut when he headed to the University of Wisconsin-Madison to study astronautical engineering.

He said the idea of being a movie director would have been the same as the idea of “going to the moon” at that point in his life.

“Being Black and growing up in that period, your options were being a lawyer, doctor, or military person if you had ambitions of being more than a factory worker,” Schultz said.

After struggling with school, Schultz began to reconsider his career options. He found himself in Madison’s movie theaters, watching foreign films and saying to himself, “I wish I could do that.”

“So I’m watching movies by (Federico) Fellini, (Franco) Zeffirelli, (Claude) Lelouch, and (Akira) Kurosawa, and sitting in the back of the theater and saying, ‘Man, these are some great storytellers and great filmmaking, way more interesting than Hollywood, you know?’” 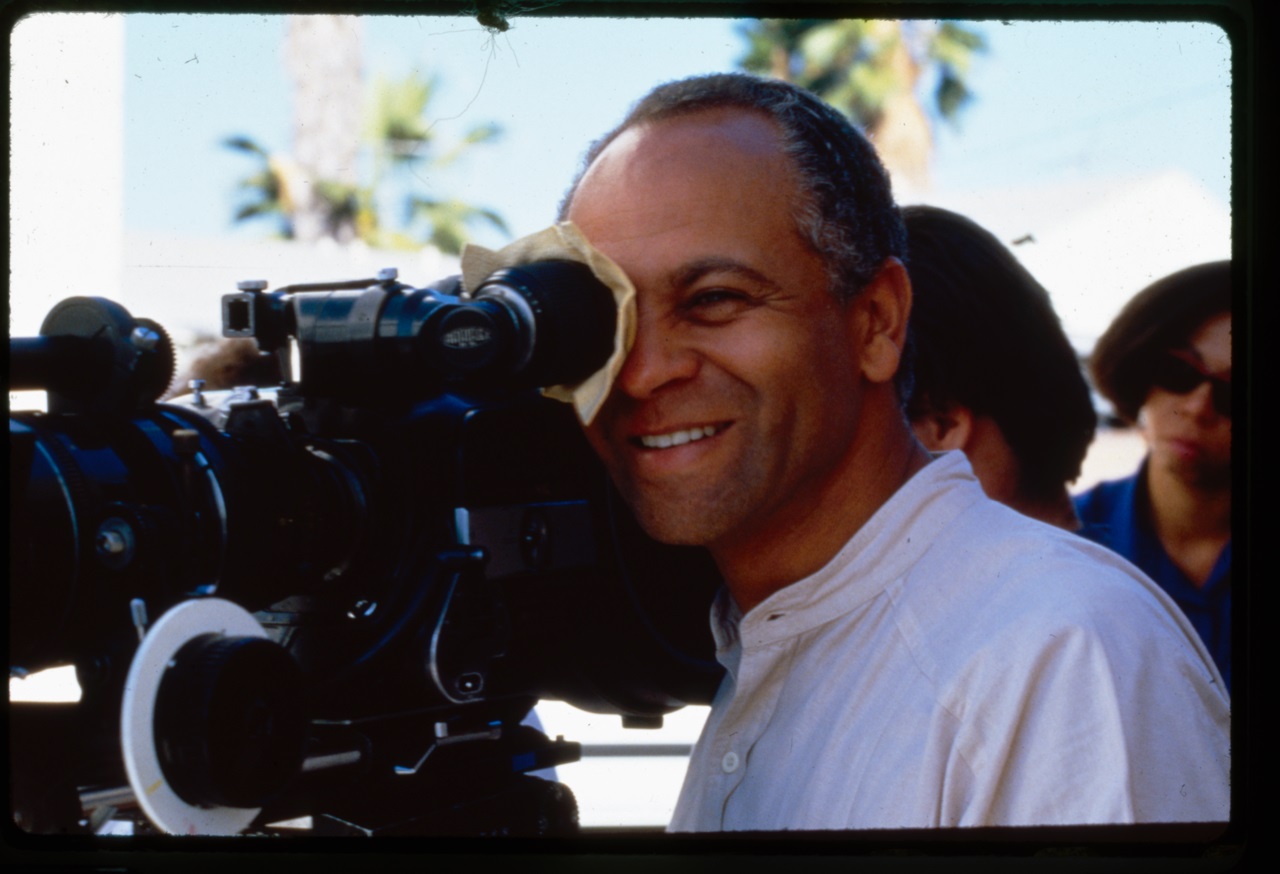 He dropped out of college and went to work in a steel mill. But with the threat of being drafted into the Vietnam War looming, Schultz decided to go back to college full-time and subsequently enrolled in the theater program at Marquette University run by the Rev. John J. Walsh, a college roommate of director of director Elia Kazan.

After graduating, he moved to New York City where he tried to be center stage – at the suggestion of his mentor, Father Walsh.

“I hated acting. I didn’t want to be an actor. I wanted to direct. But his advice was more about learning how to work with actors, which I really didn’t understand at the time,” said Schultz.

He found success backstage as a director, joining New York’s City Negro Ensemble Company. In 1969, he received a Best Director Tony Award nomination for “Does A Tiger Wear a Necktie?” which helped to launch the career of Al Pacino.

To Hollywood and beyond

Schultz then moved to Hollywood with hopes that his TV and Broadway experience would get him on a big movie set. He directed TV shows for several years before landing the movie “Cooley High” in 1975.

“Cooley High” showcases the lives and growing pains of Black teenagers in Chicago in the early 1960s. The landmark movie with the iconic Motown soundtrack continues to resonate today.

Schultz said he didn’t realize at the time that the movie would have such a lasting impact, but he knew it would touch people.

“It was showing kids, Black kids, as human beings,” said Schultz. “It was funny. It was all the things that – growing up – people go through whether you’re Black or white.”

The hilarious and funky “Car Wash” from 1976 was Schultz’s first of several movies with Richard Pryor.

Schultz said he had a good working relationship with Pryor because they respected one another. Pryor never did the same take twice, Schultz said, but he would do it five different ways and each would be hilarious.

“But what made him so accessible to everybody was his vulnerability,” said Schultz. “People would just think he was crazy and he was just super sensitive.”

Music is at the forefront of many of Schultz’s movies including “Cooley High,” “Car Wash,” and the polarizing “Sgt. Pepper’s Lonely Hearts Club Band” movie, starring Peter Frampton and the Bee Gees — not The Beatles.

The “Sgt. Pepper” script had excited him because of the possibilities of visualizing the music, but the experience became more challenging than Schultz had expected.

“The hardest part was trying to get the Bee Gees to be actors — The Bee Gees and (Sandy Farina) we picked as Strawberry Fields. They were really good musicians, but they were awful as actors.”

Music was also a big part of two movies released in 1985: “Krush Groove,” a musical comedy based on the early days of Def Jam Recordings, and the martial arts comedy, “The Last Dragon.”

Schultz said music has long been an essential part of his life. His father and uncle played the trumpet. He got into jazz and popular music once he could afford to buy his own records and record player.

“It was part of the rhythm of growing up. I think it’s in my genetic makeup,” Schultz said.

A legacy outside the box

Schultz was inducted to the Black Filmmakers Hall of Fame in 1991 and has 113 directing credits to his name.

His work continues to creep into pop culture. The HBO series “Insecure” centered its Season 3 finale around an outdoor screening of “The Last Dragon.” In 2021, Showtime’s “The Chi” titled an episode “Cooley High” that riffed on the 1970s. 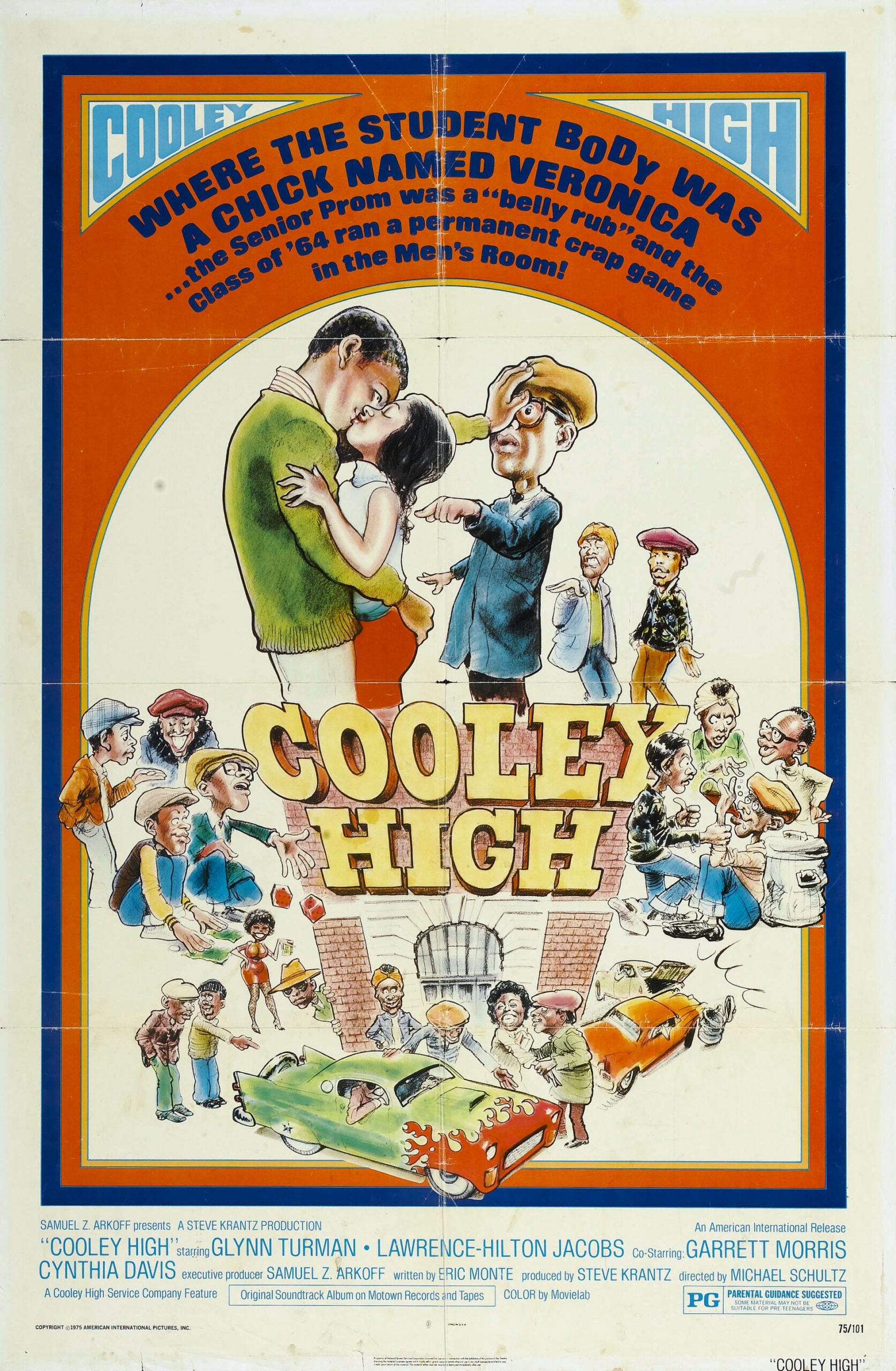 Hollywood has a way of putting people in boxes, Schultz said. After “Cooley High,” he was in the Black comedy box. He said he’s fought his whole career not to be limited to that box and to do things his own way — to avoid the “sausage factory” approach to entertainment making.

Schultz continues to love to inspire and entertain — to make a difference through storytelling —and has no intention of stopping anytime soon.

“People ask me when I’m going to retire. I say, ‘Retire from fun? Are you kidding?’” 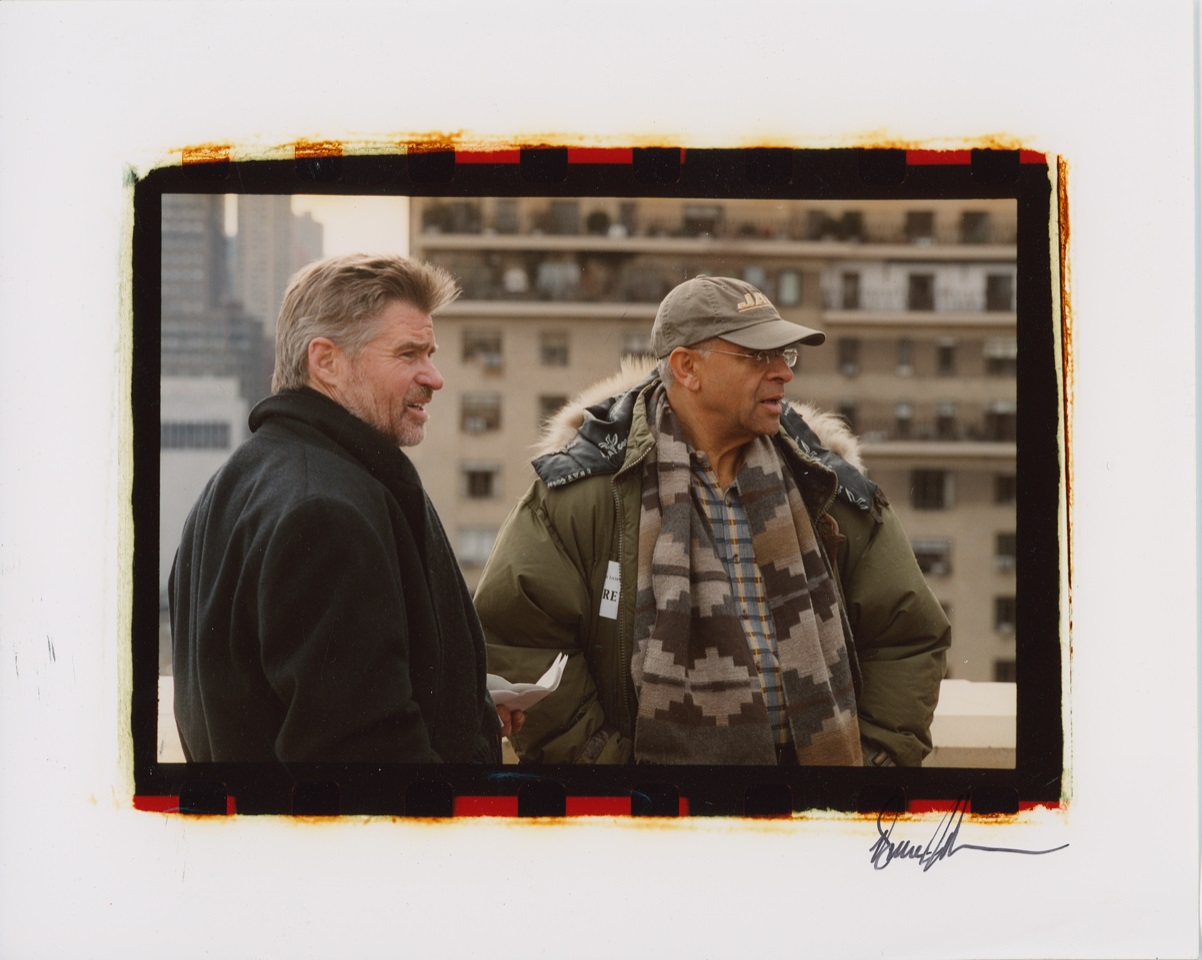