Editor’s Note: For nearly 20 years, skiers have gathered to ski across frozen Chequamegon Bay at night. Writer John Hildebrand tells us about the perspective gained – and lost – on the wintery lake.

In geography texts, one proof given that the world is round shows a figure on a seashore watching the approach of a ship.  Because of the earth’s curvature, the ship appears in stages: smokestack, main deck, and finally hull.  But the proof requires a ship.  Stand on the shore of Lake Superior in winter when the ore boats are gone, and the world looks exceedingly flat—flat and white—and it ends sharply at the horizon.

For several years I’ve driven to the Lake Superior in February to ski across the ice at night with a thousand other oddballs.  Book Across the Bay is a 10-kilometer race that runs from Ashland to Washburn across frozen Chequamegon Bay with the course marked by hundreds of flickering luminaries.

At twilight racers assemble on the ice below the Hotel Chequamegon just down from the old ore dock.  There is a brief, Turneresque moment at sunset when the clouds turn black against a pearly sky and the far shore is still visible as a line of blue hills.  As the light goes, the cold becomes sharper.  A pistol shot and the line surges forward with a great scuttling of skis and poles. At first, I’m carried along by the crowd’s momentum until I settle into a regular pace, swinging my arms and legs in rhythm to my own breathing.  That’s what you hear in the thick of the crowd—heavy breathing, the sound of everyone inhaling and exhaling together.  It’s as if we were all linked to the same circadian rhythms and nightfall had triggered a mass migration over the ice–like barren ground caribou or suicidal lemmings.

If not for the dark, I’d be able to confirm the earth is a globe by watching skiers disappear in stages over the horizon except that the horizon itself has disappeared. The luminaries show the way but not the icy patches or frost heaves, so I’m skiing more or less by feel.  Far ahead, a light glows brighter and brighter until it becomes a lantern-lit tent–the halfway point where volunteers hand out orange slices and paper cups of warm water.  By the time I return to the race, the crowd has moved on, and I find myself alone on what seems the dark side of the moon.  The night sky is so jammed with constellations that the luminaries seem an extension of Orion’s Belt.   Passing a blank stretch where some candles have guttered out, I wonder what might happen if I missed a turn.  Would I notice the line where ice ends and open water begins or would I blithely keep skiing until I fell off the edge?

The thought is broken by the whumpf of a rocket exploding overhead, a signals that the first skier has crossed the finish line. The fireworks also reveal that I’m not alone out here.  A ragged line of skiers has suddenly materialized in the shadowy light, all of us moving steadily toward shore and a blazing bonfire that marks the known world. 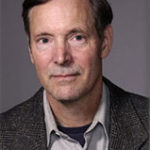