Gene Purcell dedicated almost his entire professional life to public media. His passion began in La Crosse, where he started as a student reporter at WLSU-FM. Through the decades, he worked his way up the ladder: as WLSU’s news director, WPR’s La Crosse regional manager, Wisconsin’s Educational Communications Board executive director, and ultimately, the director of Wisconsin Public Media.

Purcell tragically passed away in July 2021 following an accident.

Outside of work, he was a bit of a music nerd. Purcell played guitar, collected thousands of albums, and restored an old jukebox. He also had a short stint in rock star management. His sister, Connie Purcell, shares that story. She dedicates the essay to Gene’s wife, Ruth Purcell, and hopes the story makes her sister-in-law smile.

Many of you may not know but in addition to all Gene’s notable career accomplishments, he was also Pat Benatar’s public relations guy for one night. Gene liked to keep this one on the down low.

It was a hot summer night in the early eighties. Gene and I were both living in La Crosse at the time and we used to hang out. We decided we needed to beat the heat since neither of us had A/C in our apartments. Gene suggested we meet at a smoky little neighborhood bar to shoot some pool and cool off with some refreshments. 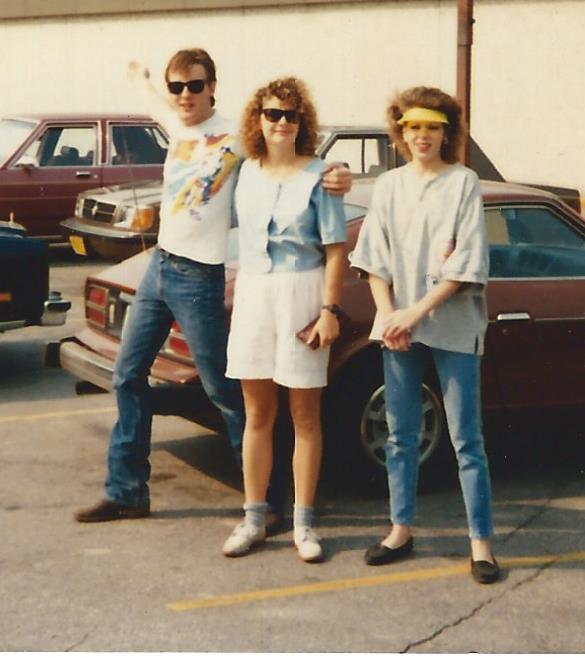 Gene, Ruth and Connie Purcell in La Crosse in the 1980s. (Courtesy of Ruth Purcell)

So we’re having a few, shooting some pool and mostly minding our own business. A younger crowd came in (our age actually but way younger than the regulars). We found out soon enough they had made the rounds downtown and were making one more stop before calling it a night. Soon they had us surrounded and the commentary began.

“Is that Pat Benatar?”
“What’s she doing here?”
“She has a concert tomorrow night.”
“Will you sing for us?”

I was confused. I started looking around. I caught Gene’s eye and he gave me the hand-across-the-throat gesture: the do not speak sign. I’ve seen that sign before.

Gene quickly summed up  the current situation.  He realized before I did that I had been mistaken for Pat Benater. We were told she had a concert scheduled the next night in La Crosse.

It may be hard to believe now, but back in the day, I was told I was a dead ringer for Pat Benatar. You know, the singer of  “Love is a Battlefield” and “Hit Me With Your Best Shot.” We had the same short dark hair and dark eyes, similar facial features and a slight body build. That’s where the similarities ended. Our voices were a certain miss. 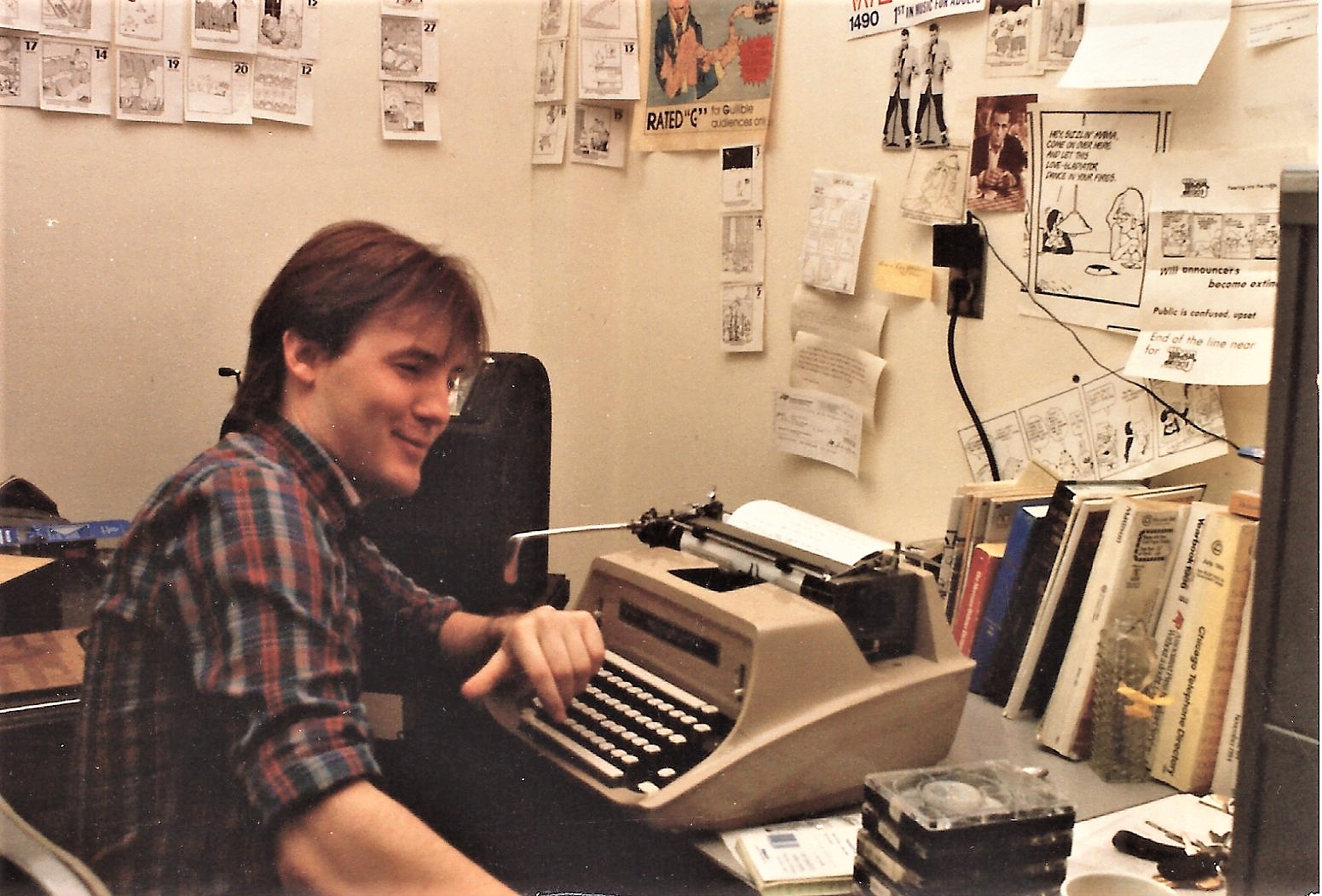 A young Gene Purcell in the 1980s working at WLSU- FM in La Crosse. (Courtesy of WPR)

I heard someone say, “Brilliant idea man…hiding out with the locals.” Someone else said, “Sneaky lady.”

Our jig is up if I open my mouth. Not to worry though. My big brother, the PR guy, calmed the masses and explained that I needed to rest my voice for the concert tomorrow night. There would be absolutely NO conversation with “Pat.” This seemed to satisfy the crowd.

I spent the rest of the night basking in our new found and short-lived fame. I smiled happily, toasted our free drinks merrily and posed with my PR guy for photos with Pat’s admirers.

We shut down that little bar that night. We left with a thousand well wishes and “Good luck at your concert!” from ‘our fans.’ I’m happy to report we even had a little jingle still left in our pockets.

I like to think all these years later someone still recalls their chance encounter with Pat Benatar and her PR guy at some dive bar in La Crosse, Wisconsin.

In loving memory of Gene Purcell, also known as Pat Benatar’s PR guy for one night. 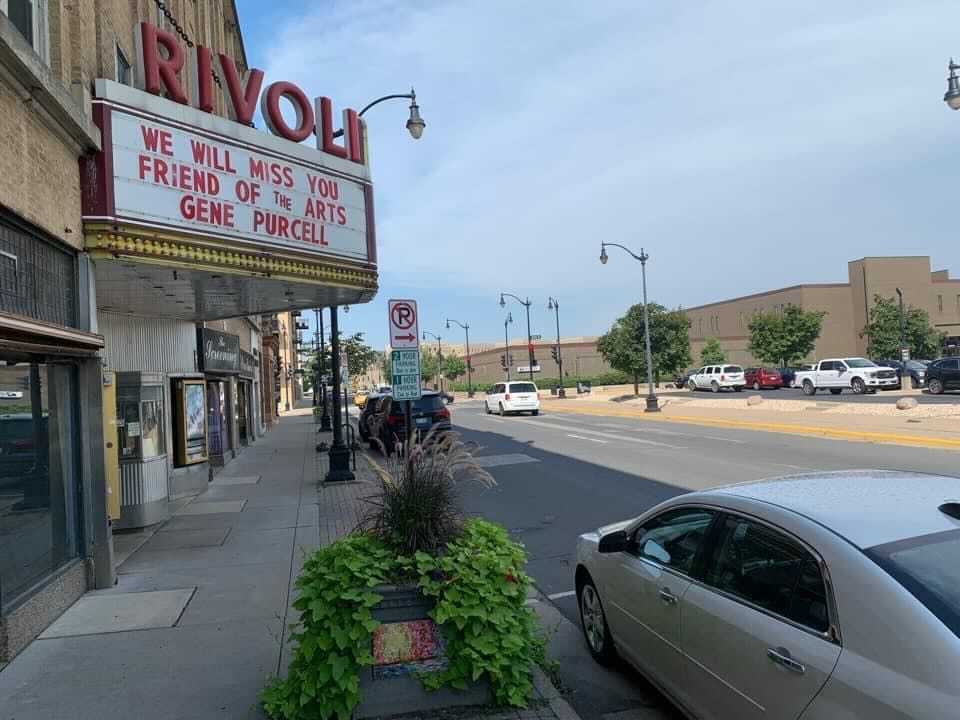 SONGS: “Hit Me With Your Best Shot,” “Love Is A Battlefield,” “Just Like Me,” and “One Love” by Pat Benatar