Seeing Wisconsin From a Unique Perspective

E. Arti Wulandari’s Wisconsin Life started in Fall of 2006, when she began graduate study at the University of Wisconsin—Madison. While originally from Yogyakarta, Indonesia, Wulandari had already spent some time living and studying in the United States. Starting a PhD program, however, ensured that she would be calling Madison home for several years.

During that time, in addition to working on her doctorate in Comparative Literature, Wulandari has become a talented photographer, focusing her lens on the plentiful wildlife that inhabits the University of Wisconsin—Madison  campus. Her photographs are often of wildlife and landscapes that are easily recognizable to those from Wisconsin: ducks, geese, cranes, foxes, lakes, and forests. Yet, through her lens, these familiar, everyday things somehow seem more vibrant and striking. Carrying her camera with her as she travels to and from campus every day, Wulandari has captured stunning shots that most people on campus miss as they go about their daily lives. 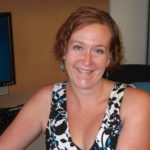