Layla Mayr, 9, from DeForest, Wisconsin shows her cow that she nicknamed “Steamy.” (Photo by Christina Lieffring)

It’s peak county fair season in Wisconsin. For many children at the Dane County Fair, it’s more than the Tilt-A-Whirl and deep fried treats. The event showcases all their hard work as they show their arts and crafts, and animals…ranging from the smallest guinea pigs to fully grown beef cattle. Christina Lieffring spoke with some of the children about the lessons learned raising cows, pigs, sheep and ducks through Dane County’s 4-H Club programs.

Go to any county fair and there’s a lot going on: the rides, the food, and the music.

But personally, I’m a sucker for the 4-H animal shows. In one morning at the Dane County Fair, I saw 12-year-old Brooklyn Carlson giving her duck, Biscuit, a bath. 18-year-old Leah Huchthausen was shearing her sheep, Steve. And 9-year-old Layla Mayrl led her massive, fully-grown cow around. She nicknamed the cow Steamy, after a special gift the cow gave her one cold morning. 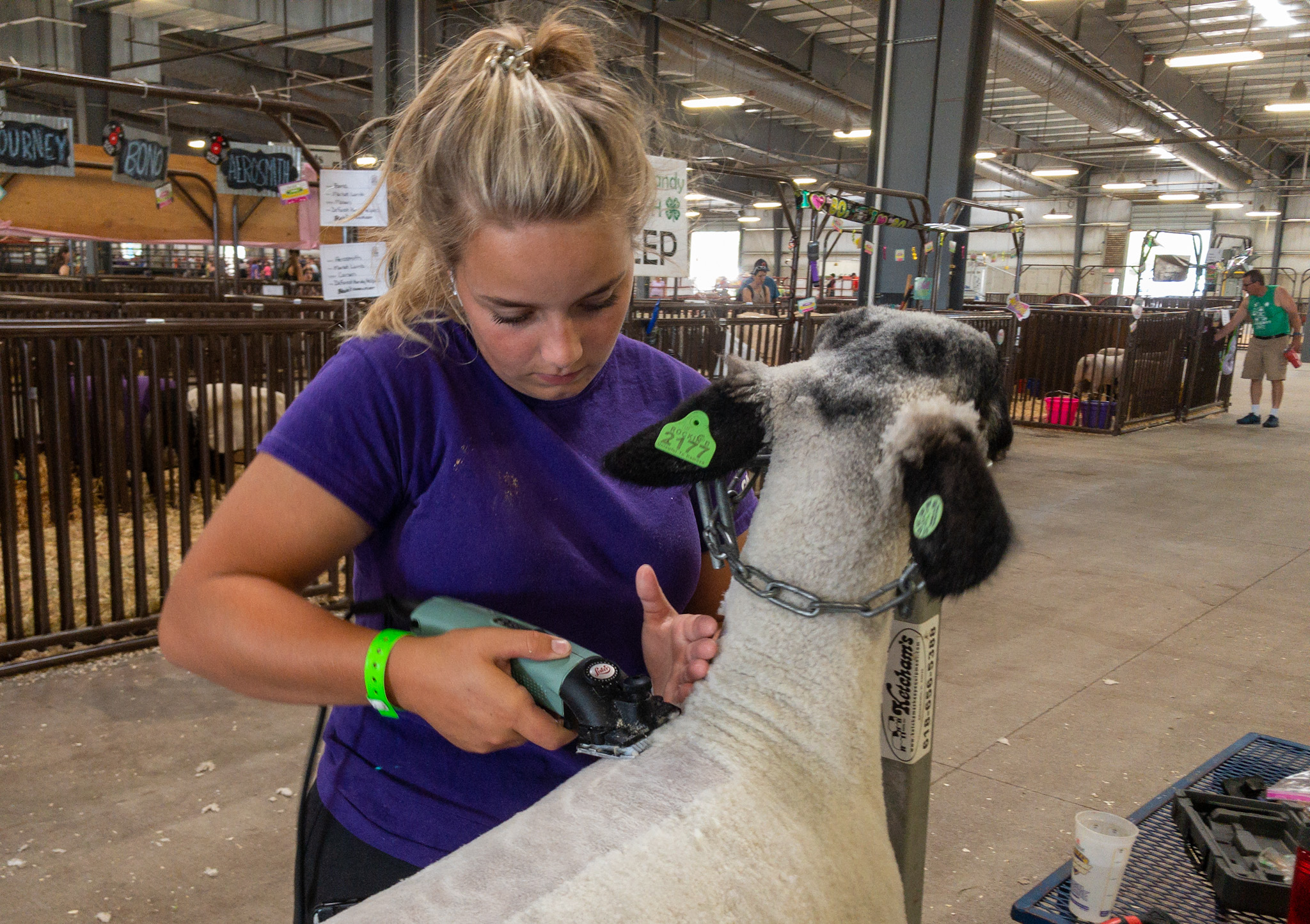 And I got an earful from Monopoly, the dairy cow, who wants all the attention.

Monopoly is not her cow, but is tied up on the same row with all the other DeForest 4-H Club’s dairy cattle, including Cooper’s calf, Elvira.

“She is a very special animal to me,” said Cooper. “I call her my puppy sometimes, because she just follows me around and she’s just, she’s really sweet.” 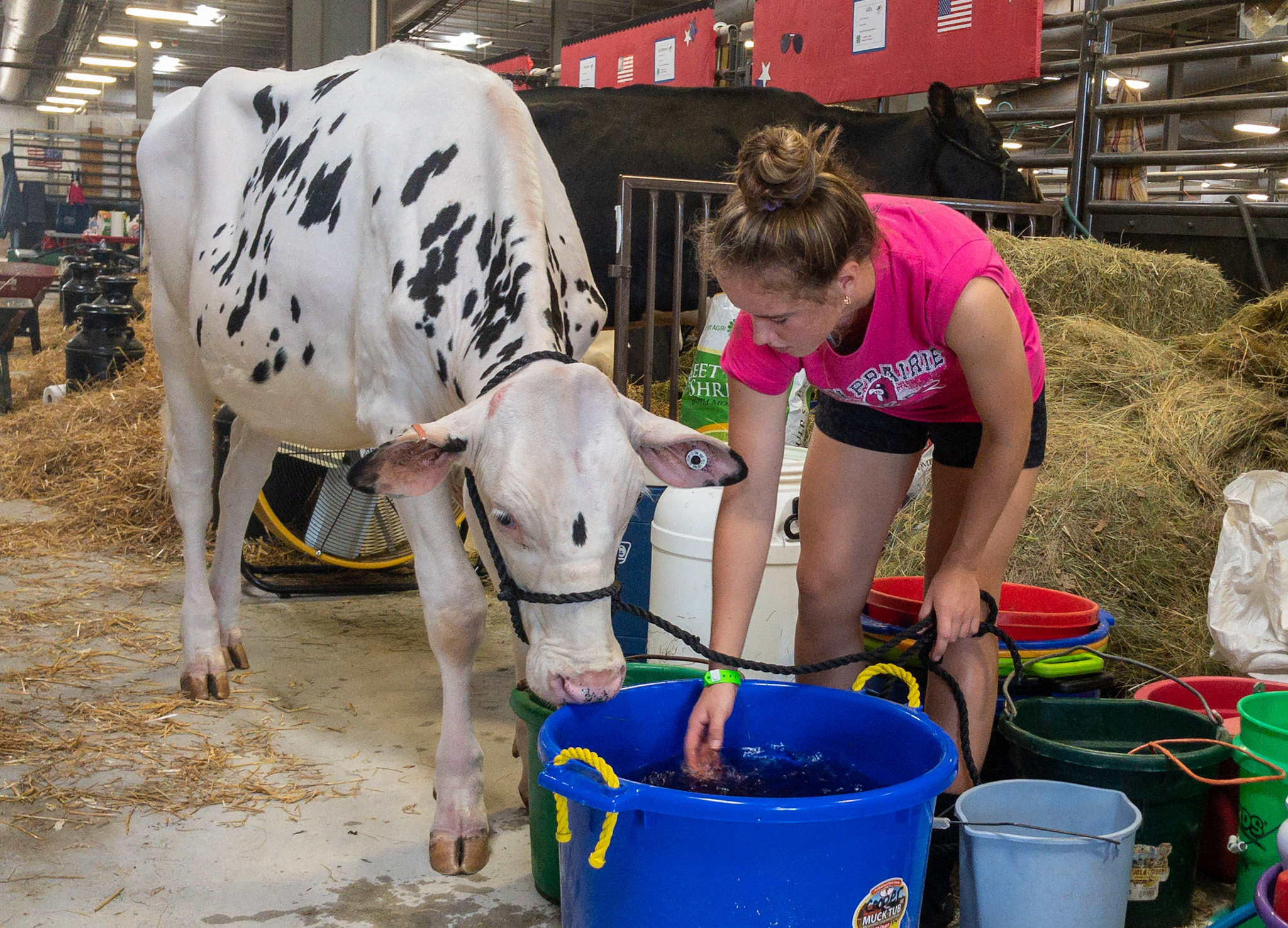 Cooper is 17-years-old, so she is about to age out of the program. She’s learned a lot about public speaking, community service, and the hard work that goes into training an animal.

“I’ve been working with her for a couple of months now and it for sure started very, very bad,” said Cooper. “She was definitely a little on the crazy side, but I think just spending time with them and having that bond for sure. Like it just, it brings happiness to people, honestly.”

Kids can start showing dairy calves when they’re as young as 9, like Abbi Janisch from DeForest. She showed for the first time with her calf, Daphne. 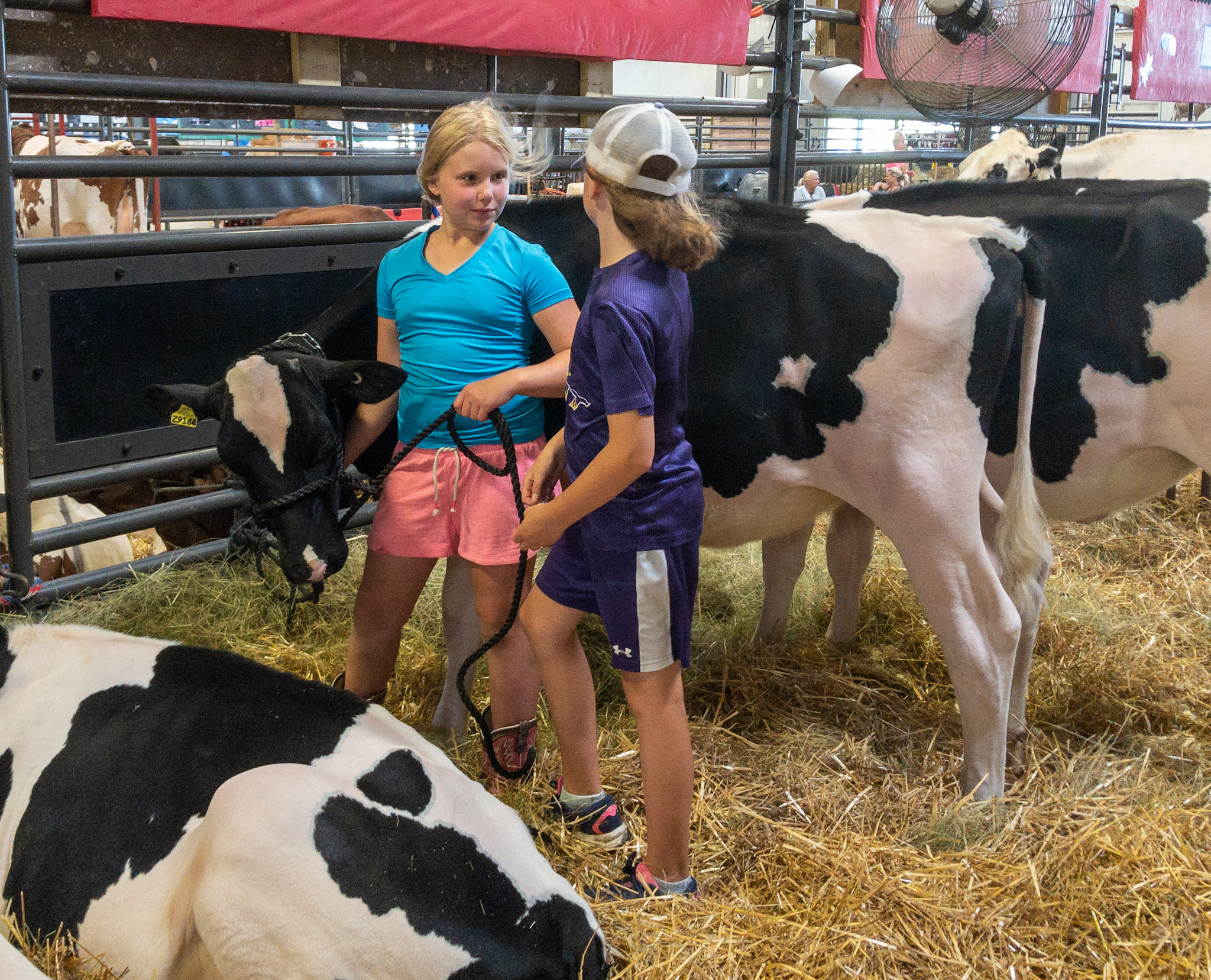 “She normally is sweet, but she can get really sassy,” said Janisch. “She tries to shake her head to try and make me let go. She tries to run away. She won’t listen to me…Tries to run me into buildings, machinery.”

Janisch says despite Daphne’s attitude, she enjoys raising her.

“Because we both have attitude,” she said smiling.

Showing farm animals has been seen as an activity mainly for kids living on farms but that’s not true these days. Not many of the kids with the DeForest 4-H Club grew up in the country, much less on a working farm. But, many of their parents did.

Janisch’s family is an exception. She lives across the road from her grandparents’ dairy farm. Her mom, Vicki Janisch, describes their home as a “funny farm” with beef cattle, pigs and chickens. But she and other area farmers make room on their farms for area kids to keep their show animals.

“That’s what’s really cool about 4-H is that it’s a melting pot for opportunities,” said Vicki Janisch. “So if a child has interest in pigs or dairy or goats or sheep or whatever, it may be, there’s somebody in their local community that they can talk to and learn from. So we have three kids showing from our farm. We’re giving them the opportunity to do what they are interested in. 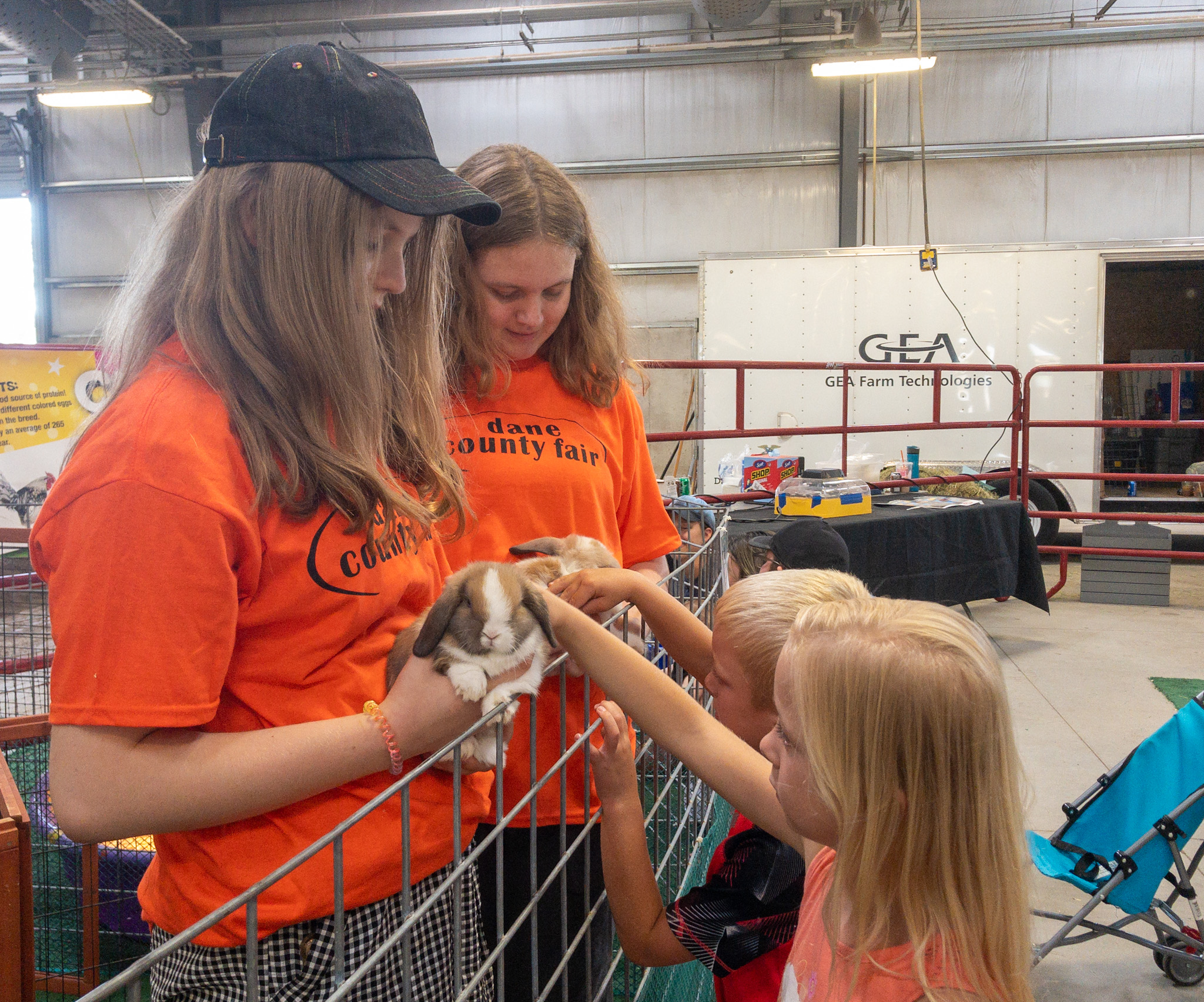 It also teaches them about responsibility. On top of training, kids have to do the daily chores of feeding, watering and cleaning up after their animals, no matter what the weather. And many kids have to budget and keep track of the money they’ve spent on their animal.

“We’re trying to teach them responsibility,” said Vicki Janisch. “Money management is also a big piece of projects, right? They need to understand that this isn’t a free thing and that everything has a cost to it.”

Her daughter, Abbi, went a step further. She grew vegetables in a garden and sold them at a roadside stand so she could buy one of her two pigs she’s showing, named Latte and Pumpkin Spice. And just like how her family helps kids who want to learn about dairy cattle, her neighbors taught her about pigs.

“We don’t know anything about pigs,” said Vicki Janisch. “The exhibitors up in the pig barn, the families that are in our community really rallied behind [Abbi] and are big cheerleaders for her right now to let her learn and grow. That’s what we get to do on the dairy side, too. We’re trying to mentor and educate and expand their knowledge about agriculture through their hands-on experience.” 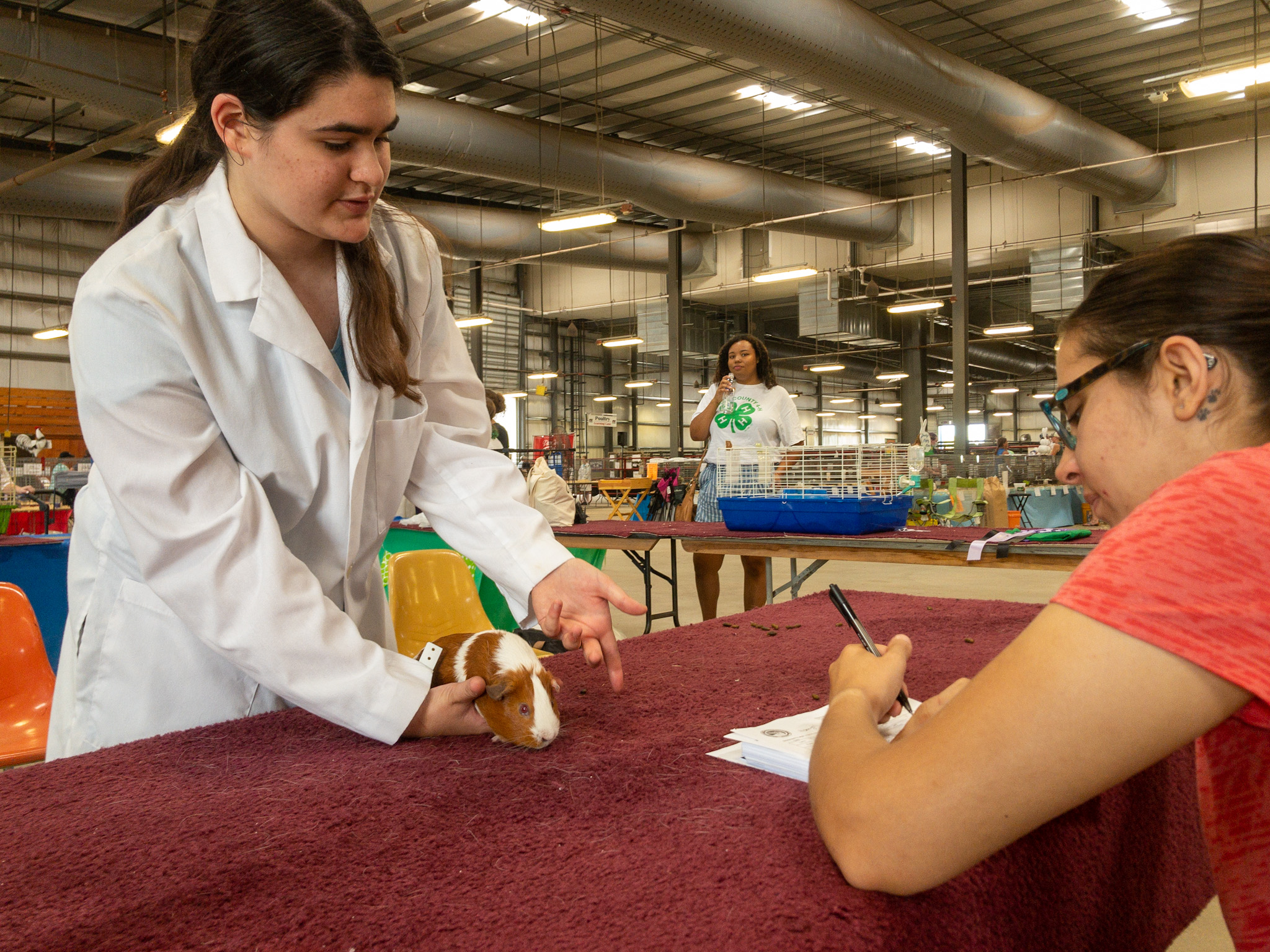 After the fair, Abbi Janisch will keep Latte for breeding, but Pumpkin Spice will be sold for meat. Which is another important lesson: how to let go of the animals they have raised.

Abbi Janisch says she’s not sad about losing one of her pigs. What helps her cope?

Another important lesson: know where your favorite food comes from. 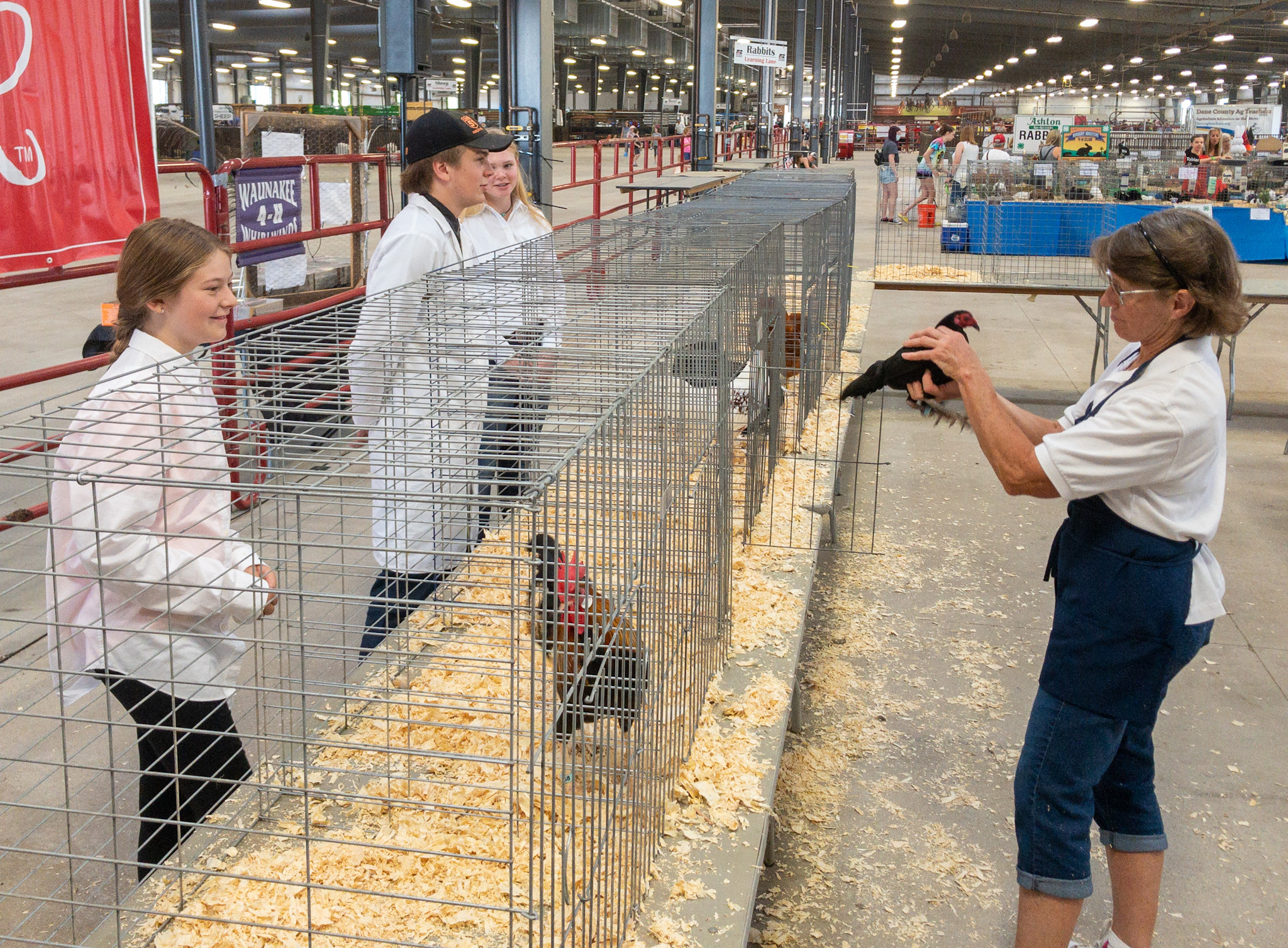 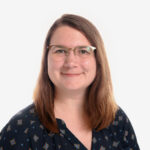 Christina Lieffring is a freelance journalist and lifelong Midwesterner living in Sun Prairie. She is a regular contributor at Tone Madison and the Wisconsin Examiner, and writes her own Substack, “No Final Drafts.”