Camp Anokijig (Camp To Belong-Wisconsin site) sign in front of the opening and closing campfire pit. Campers gather around the pit to do activities during camp. (Alana Watson/WPR)

As groups of siblings sit around a large campfire, they begin to share stories while eating a few snacks. They’re starting to make memories that will have to last them until they can see each other again. And for some of them, that could be for a whole year.

This is Camp To Belong-Wisconsin. It’s a week-long summer camp hosted in August that is dedicated to reuniting siblings who are separated by the foster care system. The camp gives siblings a place to create bonds they may never have had the opportunity to make.

“There’s over 8,000 kids in foster care right now in the state of Wisconsin and 50 to 75 percent of those kids are separated by at least one of their siblings,” said Kate Bauer. She and her husband, Rob, are co-directors of Camp To Belong-Wisconsin in Plymouth. They have been involved with the national non-profit since 1998 and eventually decided to bring that camp back home in 2013.

Their first official camp in Wisconsin was in 2015, reuniting 30 siblings. This year, they brought 59 siblings together for a week of activities like horseback riding, fishing, gaga ball, and swimming. There was also one-on-one time through family picnics and birthday parties, two things many of the siblings never got to experience together.

Rob Bauer is a soft-spoken social worker and said he and Kate make sure each sibling feels welcomed and cared for. They take the time to visit every new camper that comes to Camp To Belong, from across Wisconsin’s 72 counties.

“We create a sense of family here that we strive for. I think the kids really buy into that,” Rob explained.

Camp To Belong-Wisconsin may seem like a typical summer camp and for the most part it is. But, you can only imagine the emotions that flow through the campground.

“When they said bye and stuff I didn’t realize that was going to be the last day we’d see them for six years,” 17 year-old Vanity said. She was reunited with four of her five siblings: Manny, Adriane, Andre, and Gigi, for the first time in six years at Camp To Belong.

“When I first heard about it, it filled a hole in my heart, I was so happy,” Vanity said.

When she and her siblings first got to camp, they locked arms, sat together, and drew a circle around themselves. Throughout the week, they were inseparable.

“I liked when we sat down and ate pizza and just talked about how we felt in life,” Vanity said as her siblings sitting next to her laughed and agreed.

Vanity said getting that simple opportunity to talk to her siblings has given her part of her life back.

“It’s just like…I couldn’t imagine not having these guys, like my life would not be the same.”

This is one of the main aspects of Camp To Belong-Wisconsin: emotional empowerment. The camp gives the campers a space to share their experiences, express concerns, and to feel recognized. It also gives them the opportunity to just be a kid.

“They grow up way too fast in a very scary world for them and they want to protect each other as siblings and they are just kids,” Kate explained. She said the sibling relationship is generally one of the strongest and longest relationships that a person has in their lifetime. And, they’re able to reconnect those relationships in a week.

As the camp came to an end, everyone gathered around a campfire to reflect on the week. Some campers remained silent and listened, others expressed their appreciation. A few made jokes, but most had tears in their eyes as they prepared to say goodbye to their family.

They don’t know when they’ll see their brothers and their sisters again, but they hope they’ll see each other later, in the place where they belong.

To meet two sets of siblings that attended Camp To Belong-Wisconsin, check out part two of this story — ‘I Would Do Anything For Them’: Siblings Reflect On Separation. 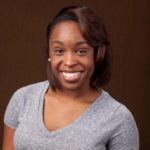 Alana Watson is a transplant from Nashville, TN and is Wisconsin Public Radio’s 2nd Century News Fellow. She loves exploring Milwaukee, eating all of the food at the Milwaukee Public Market, and working out after.