The Beast Of The East Hill: An Urban Wildlife Tracking Expedition

A neighborhood in Eau Claire, Wisconsin. (Photo by BJ Hollars)

Was it a badger? Was it a bobcat? Or was it just an abnormally large, trash-eating house cat? Author BJ Hollars of Eau Claire tells the story of his family’s urban tracking expedition in search of “The Beast Of The East Hill.”

The Beast Of The East Hill

Had Jeff DeGrave simply seen a badger on Badger Avenue, it would’ve made a lot more sense.  Yet what he saw on that November night was a creature that seemed far bigger and more dangerous than that.  For the ten seconds in which it loped past his headlights, Jeff observed an animal larger, and faster, and far more feline than any old badger.

That’s insane! Jeff thought as he peered out his car’s windshield.  What kind of house cat’s as big as a Golden Retriever?

The answer is no house cat.

What Jeff had seen—or thought he had seen—was a new visitor to Eau Claire’s East Hill neighborhood.

“It was about 7:30 at night, so it was dark,” Jeff recounted.  “And this cat comes…I wouldn’t say racing…but certainly at a pretty good pace.”

From left to right, the creature crossed Badger Avenue, never slowing to acknowledge Jeff or the car.

“It was basically a perfect profile,” Jeff said, “probably 15 feet from the headlights.”  Plenty close, he said, to note the golden-brown coloring and dappled spots of a bobcat.

“And just how sure are you about what you saw?” I asked him.

Which significantly narrowed our options.

Fifteen minutes after receiving the tip, I reached out to a journalist friend who confirmed that, he, too had recently been contacted about a bobcat sighting near East Hill’s Boyd Park.

I’d heard enough.  Wasting no time, I reached for my binoculars, preparing to strike out in search of the beast.  But because it’s not every day one goes on a bobcat hunt, my family demanded to come along.

My wife, whose confidence in my bobcat tracking skills can best be described as “no confidence,” assured me they’d be fine.

I loaded our brood into the minivan, then prepped the children on what we were in search of: a creature bigger than a house cat, and smaller than a cougar.

Sighing, I drove us all into the dark.

What began as a somewhat serious expedition to uncover the region’s rare fauna soon devolved into a nighttime play-date at the park.  After half an hour of underdogs on the swings, the bobcat, unsurprisingly, remained undetected.

Though my half-baked bobcat hunts yielded little, that hardly means one isn’t around.

“I wouldn’t be at all surprised by a bobcat sighting,” Wisconsin DNR wildlife biologist Terry  Shaurette told me in the days following my hunt.  “As we encroach more and more on wildlife, they realize that we don’t pose much of a threat.  And then they find that there are some advantages to being around us, too.”

Terry’s talking about food. How one person’s trash is a bobcat’s ready-made meal.

It’s worth noting, too, that the Chippewa Valley is well within the bobcat’s native range, and, in recent years, has made a comeback.

BJ Hollars is a writer, author, and an assistant professor of creative writing at the University of Wisconsin-Eau Claire. 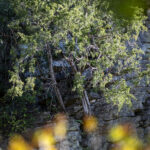 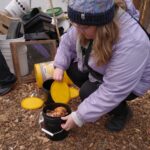 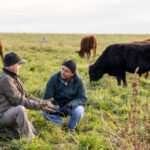 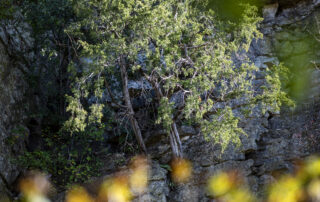 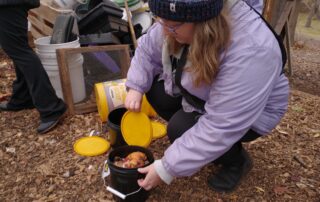 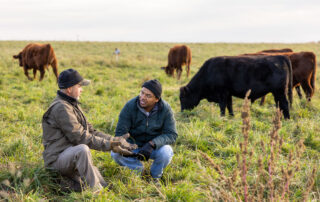