Russell Allen in his truck. (Photo by Stephen Kercher)

As Russ considers retirement, he and Chris reflect on what farming means to their family and their community with Stephen Kercher of UW-Oshkosh. This piece—which includes recordings of them preparing for a farmer’s market—is the first in a series from The Lands We Share farming history project. Chris Allen at the farm stand in Allenville, Wisconsin. (Photo by Stephen Kercher) 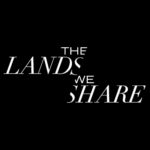