The Legend Of The Hodag

Practical jokes and hoaxes are par for the course on April Fool’s Day. More than a century ago, an elaborate hoax helped form the identity of one northern Wisconsin town. Emily Bright has the story.

The year is 1893. Gene Shepard, a respected timber cruiser, stumbles into a logging camp and begins the story of his life. He has encountered a vicious beast: the great black hodag.

“Spikes all the way down its entire length of its body with a fistful of needle-sharp pointed spears at the end of his tail…fangs that would rival a saber tooth tiger, could rip out the belly of the biggest bear,” says Jerry Shidell, former Rhinelander mayor who’s portrayed Shepard in reenactments.

Shepard led a group of lumbermen into the woods to capture the beast with dynamite—and returned with charred remains. A photograph of the reenacted kill was published widely.

Shepard was a prankster and a spendthrift. In one side business, he sold perfumed moss through the mail. When he had a creditor knock on his door, he’d stuff a bar of soap in his mouth, and he’d lather it up. And then he’d turn around and he’d kind of snarl at people, and they’d just run because they didn’t know whether he was rabid or not.

But the hodag story was different. Shepard kept it up for years.

People came from all over to see it.

Shepard would have on a nice suit of clothes and disappear from sight. The commotion would then become horrendous: growling and snarling, snapping and breaking, ripping and tearing. After a minute or two or three, Shepard would come running back up the stairs with his clothes in tatters. He would tell the people, “I’m really sorry, I can’t show you the hodag today, he’s just not viewable today, he’s angry.”

Soon he was making the county fair circuit.

His sons worked behind the scenes, making the monster move. Shepard earned to up $500 in a weekend, which means up to 5000 viewers were paying a dime to see the hodag.

He kept it up until a Smithsonian sent a reporter to investigate. He refused to be duped. He wanted to see the evidence, and then, of course, Shephard had to admit the truth.

But the joke still stands.

Rhinelander still has the hodag as its mascot for the city and the high school. Hodag statues line downtown like a cow parade with fangs. Any town can claim a real creature for its mascot, Shidell says.

Thanks to Gene Shepard, Rhinelander is unique—and proud of it. 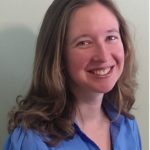 Emily Bright is a freelance writer, educator, and radio producer living in Eagle River. She is the author of the poetry chapbook Glances Back and the co-author of Powerful Ideas in Teaching: Creating Environments Where Students Want to Learn. 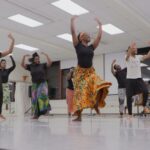 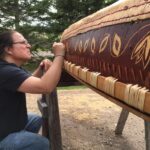 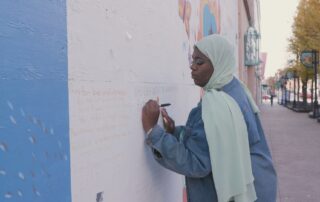 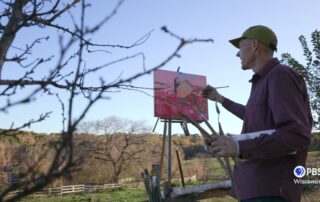 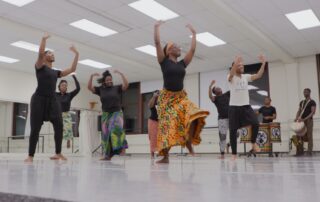