On a bend in the Buffalo River, Heather Mishefske and Chad Rykal envisioned a new kind of farm. This land had been in agricultural rotation for decades, soybeans and corn. Restoring this century farm means making the land sustainable for another 100 years.

Heather remembers their first year on the farm. There were no birds and in one year the birds were back, along with other wildlife. Heather, a certified Wisconsin Master Naturalist, is admittedly obsessed with her trail cams. “I love just watching to see what kind of critters are milling around here at night. It’s kind of amazing to see how the nature just kind of takes over. You build it and they will come kind of a thing,” she said.

“Chad is definitely the grower of the two of us. I like the prairie part of it and like the woods,” Mishefske said

“Can’t go on a hike without Heather walking out into the prairie and pulling some invasive out of the fields. Would say between the garden and that we’re pretty darn good at pulling weeds,” Rykal said

Restoring this land hasn’t been easy. They filled five 20-yard dumpsters with garbage. Rykal said, “So, they essentially had a, a dump on our property. Tires, TVs, almost anything you can think of was in there.”

Healing the land while exercising their mind and body is the ultimate goal. “How cool to think about that every time the monarchs come through, like this is a spot that they stop. Kind of giving back to the earth what maybe was taken away before.” 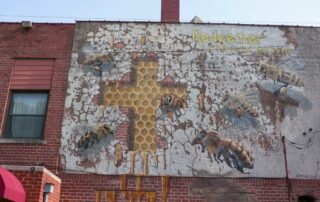 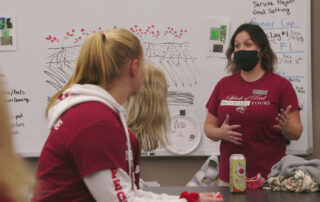