The poetry in Daniel Smith’s book “Ancestral” reflects on life and farming in the Driftless area of southwestern Wisconsin. WPR’s Tim Peterson spoke with him about his poetry in the early spring in his barn near Arena, Wisconsin.

Smith shared three poems about heritage, loss and an appreciation for the wild.

up out of the black Illinois farm ground

he and I together worked,

onto the floor of this old barn,

new only to me.

All around, our bewildered tools

hang in the strange light

of the cracked windowpane

looking out over land

It is growing late

on a late winter’s day.

At my feet, my father’s anvil,

his striking song of steel on steel 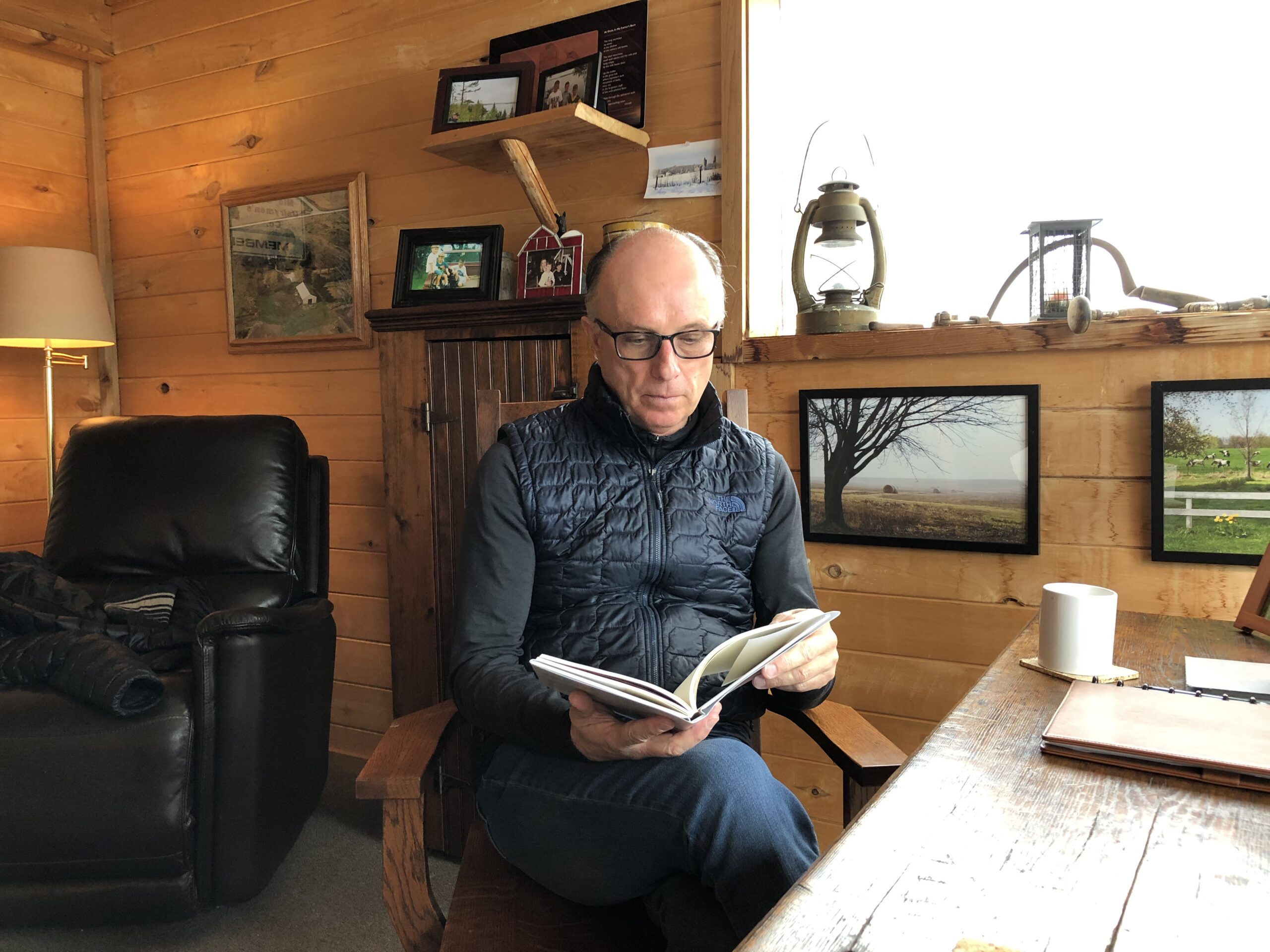 A Farmer Dies in Springtime

Home from the hospital

With a view of the fields.

Who arrive morning and night,

Stare into their hands,

Red and cracked from winter.

They recall the year

Of the early frost, flood

Of the plowing or planting,

Of the futures for cattle or corn.

The tractor, disc, and planter

Stay locked in the shed

With seed bought months ago

When the new catalogs arrived,

Glossy with promise and primed

For a year that would not be.

I saw a red fox

drinking from the horse pail

south of the barn.

and his black ears

pointed toward the early stars.

for the dark woods

to know he exists,

to know this world

the rare and the wild. 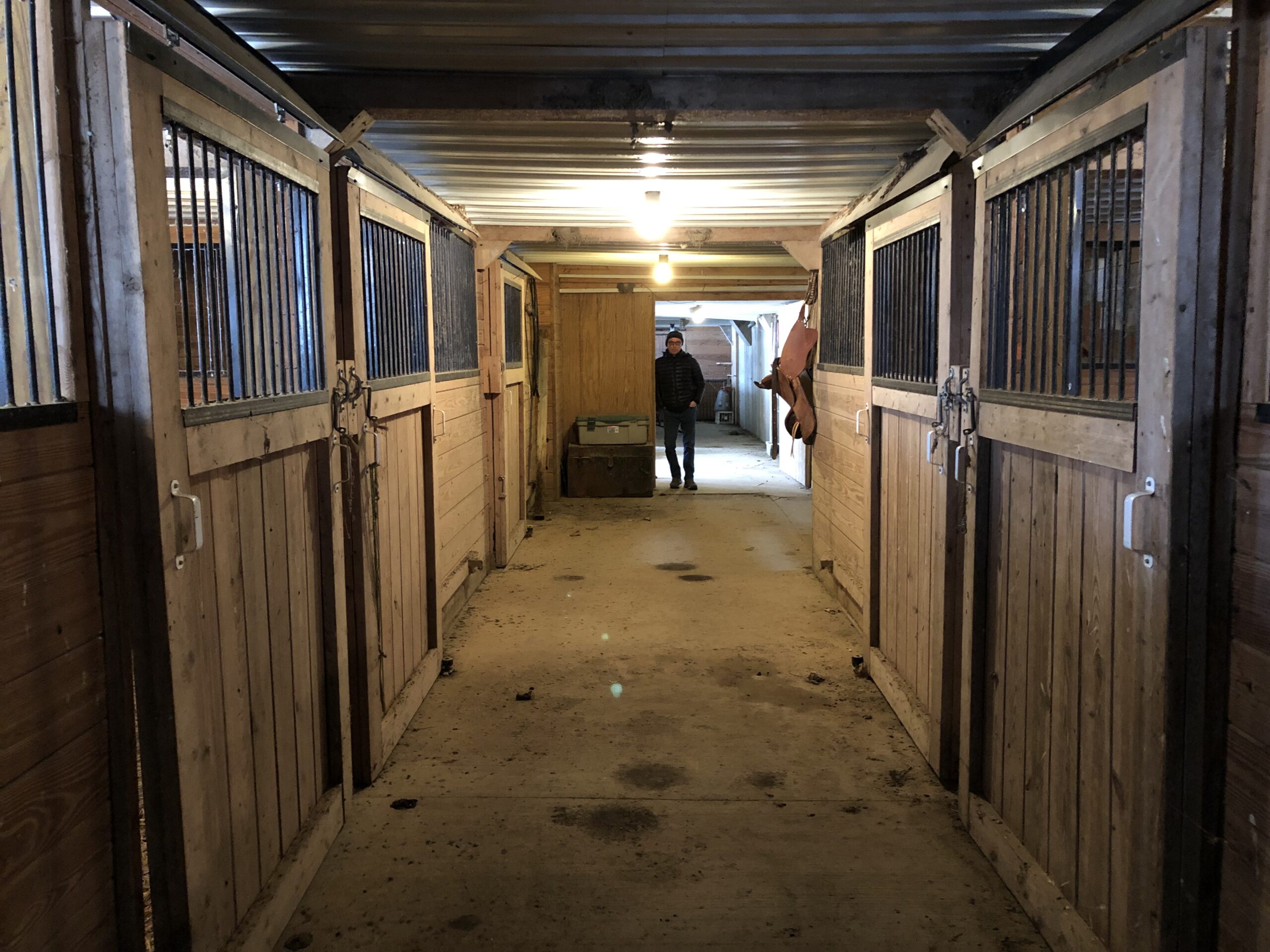 Daniel Smith at his farm in Arena, Wisconsin. Photo by Tim Peterson

This story was inspired by a WHYsconsin listener question on WPR’s “Central Time.” 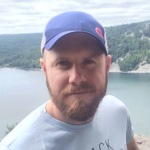 Tim Peterson is a producer for “Central Time” on Wisconsin Public Radio. He previously worked for NPR in Washington, D.C., and stays busy exploring Wisconsin’s fine parks, beers and cheeses, with a reporter’s tenacity.