Lori Schneider has climbed each of the Seven Summits, the highest mountains of each of the seven continents, an incredible feat for anyone to accomplish.

“My love of mountains came when I moved out to Colorado in my early 20s,” Schneider said.

Schneider completed her final summit, Mount Everest, on May 5, 2009. But what is more impressive is Schneider herself. in 1999, just a decade prior to completing her Seven Summit goal, Schneider was diagnosed with multiple sclerosis or MS.

“I’ll never forget the day,” Schneider said. “I woke up in the morning and half my body went numb overnight. I called the doctor and they had me come in for tests and I was told I had MS.”

the news was devastating. Schneider feared she’d be wheelchair bound for the rest of her life. But a talk with her father changed her outlook.

“I wanted to prove to myself that I still had some control over my body,” Schneider said.

In the 10 years that followed, Schneider completed each of the Seven Summits around the world. She is the first person with MS to ever accomplish this feat. Soon after summiting Mount Everest, Schneider felt the need to share her experience with other people diagnosed with the disease. She started organizing trips for people with varying stages of MS. Some of which included using a helicopter to drop people off at certain points and peaks, allowing them to hike for as long or as short as possible before a helicopter would take them back.

“I think the misconception is that someone with MS can’t do anything,” Schneider said. “I want their employers, friends, and family to look at them as strong people and not weak.”

“I often wonder in my life what would have happened if I hadn’t been diagnosed with MS,” Schneider said. “In many ways, it was a catalyst for me to live a more adventurous life. I think that’s my goal, to live a better life with MS than I could have without it.” 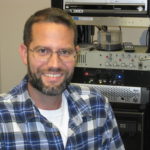 Mike Baron is a videographer and editor for the “Wisconsin Life” project and lives in a divided home of Packers and Vikings fans.

Father Tony Devoted to his Flock of Prize Chickens