Maureen McCollum:
Lutefisk —cod that’s been preserved in lye—is a Scandinavian delicacy. It’s a polarizing dish; some people grow up loving it, while others despise it. But that doesn’t stop people from packing into the basement of the Christ Lutheran Church in DeForest every year. For months, volunteers plan the dinner and cook everything from scratch, including 1900 pounds of lutefisk. I went to see what brings people back year after year.

Dan Paulson:
I’m Dan Paulson with Christ Lutheran Church and I’m one of the co-chairpersons of the lutefisk dinner. And how long we’ve been involved. Jan, we have been involved since about what nineteen seventy five.

Jan Scholz:
I’m Jan Scholz, live in DeForest. Thirty years ago it was the first dinner.

Dan Paulson:
What it is it’s a cod or a whitefish. And then they’d dehydrate it and preserve that in lye and then it has to be rehydrated and wash all the lye out.

Jan Scholz:
When they were immigrating, when they came to this country from Norway, they preserved it and they put in their suitcases. It was dry, they could bring it here.

Dan Paulson:
At Christmas, my father was 100 percent Norwegian, my mother 100 percent German. So I’m just confused. But at Christmas we had the lutefisk dinner my father on my left my uncle on my right. They passed that dish back and forth between the two of them. And then I couldn’t stand the smell. And finally when they killed all the taste buds in my mouth, then I started loving it. It takes it’s an acquired taste, but my sons love it right off the bat.

Here’s some more of the cooks. You can see the kettles of boiling water. Boiling water drains off. Then they drop it into a dish. And that’s where we separate the bones from the meat itself.

Dan Paulson:
Janice, you said you became a member of Christ Lutheran for what reason?

Male voice:
That’s one way to pick a church.

Matt Erlandson:
Today we have lutefisk and Swedish meatballs with gravy, mashed potatoes, rutabagas, delicious coleslaw, and lefse, and melted butter, of course. Plenty of it. Matt Erlandson, Madison.

Wendy Bunster:
Wendy Bunster, Antigo, Wisconsin. This is a generational type of thing. Our grandparents, great-grandparents we were raised having lutefisk and lefse for Christmas. The smell one can never forget. It’s not good. It has to do with the lye flavor. Ask him, he travels to all of them practically, hahaha.

Dale Erlandson:
Ask me how I found the lutefisk. I said there was a truck went by and we just followed our nose. My name is Dale and last name is Erlandson. I live in Antigo. My nickname is Swede. That might have something to do with the fact that I like lutefisk. Well mostly because it’s a good fish. They cook the lutefisk just perfect.

Matt Erlandson:
Our patriarchs here have been eating fish since they could crawl and it wasn’t our favorite as children but it’s really grown on us and now it’s a great tradition.

Lutefisk is a generational dish you can smell from afar — as far as a fjord in Norway, quite possibly. As one lutefisk fan describes it, “The smell one can never forget. It’s not good.” The intense, unpleasant odor of this brined fish is both affectionately embraced and lightly mocked among enthusiasts. Most of them agree: it’s an acquired taste.

Traditional lutefisk dinners are typically served with other Scandinavian dishes and sides including lefse — a paper thin potato flatbread — Swedish meatballs, rutabaga, coleslaw, potatoes and lots of butter. The cod or white fish is initially dehydrated and preserved in lye to which it owes its name — lutefisk means “lye fish.”

Before it can be eaten, lutefisk is thoroughly soaked and rinsed with water to remove the lye solution, then boiled back to an edible texture. At this point, the bones must be separated from the fish. One church volunteer says, “Once you get to be a bone picker, you never get rid of this job.” It’s a painstaking task and pickers need all the dexterous helping hands they can recruit to extract the tiny bones from the flesh.

The hard work, foul smell and funky texture — the fish is described as “gelatinous” — are all worth it for people passionate about lutefisk. One woman even admits the main reason she joined Christ Lutheran Church in DeForest is for the lutefisk dinners, explaining she began attending them long before she and her family became official members.

The event is volunteer-run and requires weeks of preparation. By the end of a lutefisk dinner at Christ Lutheran guests will have consumed:

Odious odor and aesthetics aside, this traditional meal brings people together, celebrates Scandinavian American culture and allows for a special bond among the loyal lovers of lutefisk. 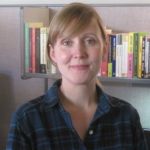 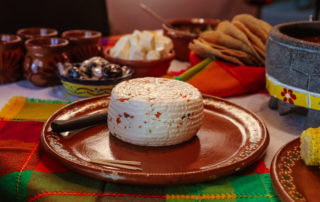 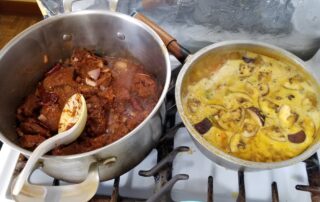