Sandy Reitman (centr) at Tom and Jerry's for a Packers game. (Courtesy of Reitman)

It’s pretty well established that Packers fans travel well. Just scan the crowd at any opponent’s stadium, and you’ll see plenty of green and gold. But when writer and Wisconsin native Sandy Reitman wanted to just watch a game on TV with some other cheeseheads while living in New York City, she went looking for a Packers bar.

Born and raised in Milwaukee, I‘ve been a Green Bay Packers fan since I was born. I’ll admit that there were a couple of years when I had a crush on the San Francisco 49ers starting line in the 90s, but my love for the Packers has always been there. It helps that each of my parents have a set of gold package season tickets, and I could get to a game even back when I was living in New York City.

When I moved to the Big Apple, my friends there weren’t exactly football fans. I was already a regular at Kettle of Fish, a Wisconsin bar on the west side of Manhattan where I knew I could get a slice of the dairy state any day of the week. But getting into Kettle of Fish for Packers games required waiting in line and it was a whole big to-do … not really my thing. I’m a big Packers fan, but not really a huge football fan, if that’s a thing.

Then one day, I ran into one of my oldest friends from kindergarten and he gave me the scoop on another Packers bar in the city — Tom and Jerry’s on the east side of Manhattan, which was my part of town. Tom and Jerry’s was everything I wanted in a Packers bar and nothing more.

How did it become a Packers bar? Well, it was historically known as a bar for members of the media, but when the owners put football games on their TVs, they realized they absolutely loved Packer fans. They were nice, passionate, big drinkers who were super loyal to their team. So, the owners decided to make it an unofficial Packers bar — complete with taxidermy and kitschy Wisconsin-esque décor. They had great beer, a full bar and old school Tom and Jerry bowls just like the name of the place suggested. And the Packers faithful loved it.

Sundays were the biggest draw for Packers fans at Tom and Jerry’s. But no matter when Green Bay was playing, it was the perfect place to get a taste of home. The free brats with all the toppings served at halftime during every game were a nice touch … and a total hit.

It was also a place for unexpected — but welcome — reunions.

I would run into friends from back home that I’d otherwise never see in the city. It was impossible not to find a friend to watch the game with inside Tom and Jerry’s. It was electric — people who weren’t Packers fans would become Packers fans, cheering right alongside me and the other Wisconsin ex-pats.

Tom and Jerry’s was an authentic (sometimes sports) bar that created a little bit of Wisconsin in the great big city of New York. Whether you were there for the game, the food, the drink or the company, you could get a taste of home even for a few hours when the Packers were playing. 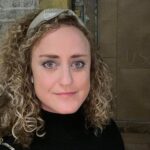 Sandy Reitman is a freelance writer tackling many different writing projects that come her way. When she’s not in a word document, you can find her taking in whatever city surrounds her with good food, drink, and people.