The "Mystery/Suspense" section at Four Star Video Cooperative in Madison, one of the remaining video rental stores in the state. (Photo by Andy Turner)

Browsing video stores for the perfect rental have long been replaced with the ease of scrolling online streaming services from home. But there is still a group of Wisconsinites who prefer nostalgia to convenience. Andy Turner has more.

The video stores that once brought a slice of Hollywood to town are now empty buildings that might house vaping shops or check cashing stores.

In January 2021, Family Video — which outlasted similar national chains like Blockbuster and Hollywood Video by a decade — announced it was closing its remaining 250 stores, including 23 in Wisconsin.

But some video stores have held on.

Four Star Video Cooperative has operated in Madison since 1985 and has found a niche with people who do not want to be entertained on streaming alone. 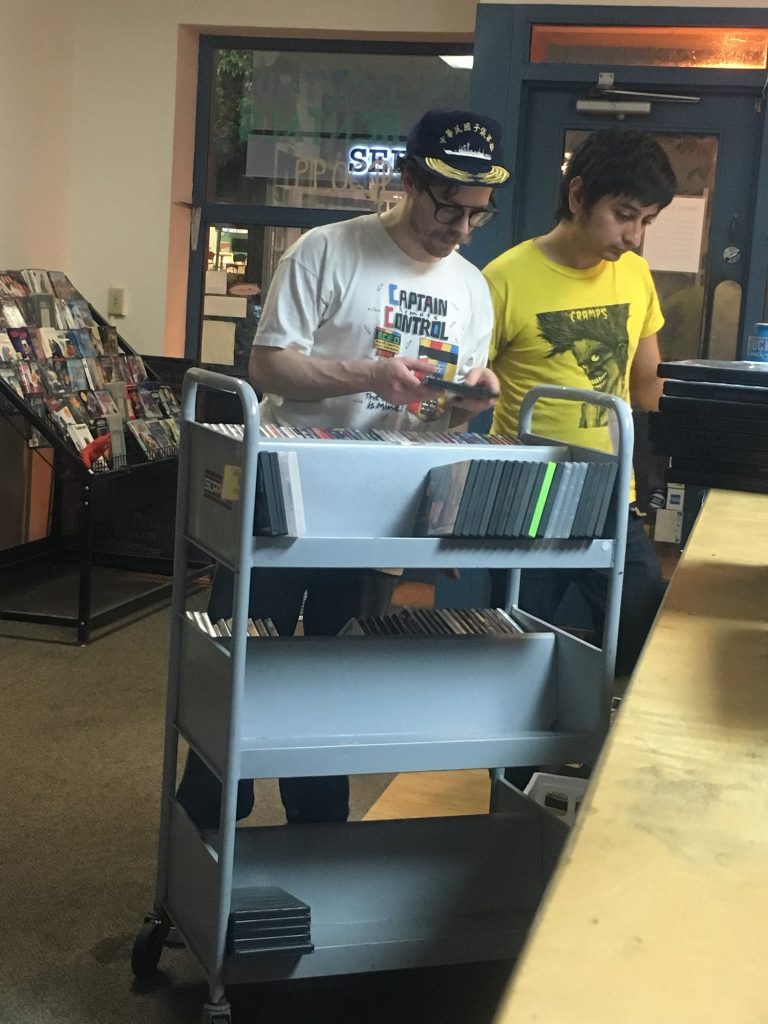 Lewis Peterson, Four Star’s owner, said customers enjoy browsing the more than 25,000 titles at his store. Plus, there’s a far greater variety than streaming channels – and a better sense of permanence that you don’t always find in ever changing streaming lineups controlled by large media companies, like Disney and Netflix.

“There is definitely and always will be a place for physical media — just as something that is an unchanging record of film history and letting people have access to that,” Peterson said.

Four Star customer Evelyn Kahl said she first visited the store in 2004 when she visited her older sister in Madison and they rented the Johnny Depp thriller “Secret Window.”

She encountered Four Star again about a decade later when she was in nursing school and noticed Four Star offered a flat rate subscription plan.

“I just saw it on a sandwich board and I was like, ‘That’s a pretty good deal,'” said Kahl. “I don’t pay for internet and they have a wide movie selection. I’ve been going ever since then.”

Kahl became a volunteer in 2019 when Four Star moved to its current location on W. Gilman Street. Before the move, the store faced some uncertainty when its four-person cooperative ownership fell apart, before Peterson was ultimately able to find a new partner. Kahl helped the store move from its previous location on N. Broom Street and set up at its new location. She says she saw Peterson put his “heart and soul” into the business.

“The other patrons at the video store…obviously no one wanted to see it go,” said Kahl. “I think a lot of people just came together and said, ‘What can we do to help?'”

Beyond providing entertainment, Four Star is a resource in other ways for the Madison community.

Craig Werner taught Afro-American Studies and Integrated Liberal Studies at UW-Madison for 35 years before retiring two years ago. He said he frequently showed movies in his classes and with small groups of students. He relied heavily on Four Star over the years.

The long-time customer is especially a fan of the store’s many foreign film offerings. He added it’s much easier to watch films with other people when you pick from discs instead of streaming channels. Werner also praised Four Star’s contribution to film culture in Madison.

“I like the culture, I like the sense of belonging to a place where film matters, and it still does in Madison,” he said.

Brian Alberth said video stores have always been important to him and now he wants to memorialize stores, like Four Star.

Alberth is making a documentary, called “Rent This,” about the store and other niche video stores in cities like  Austin, Seattle, Baltimore, and Philadelphia. 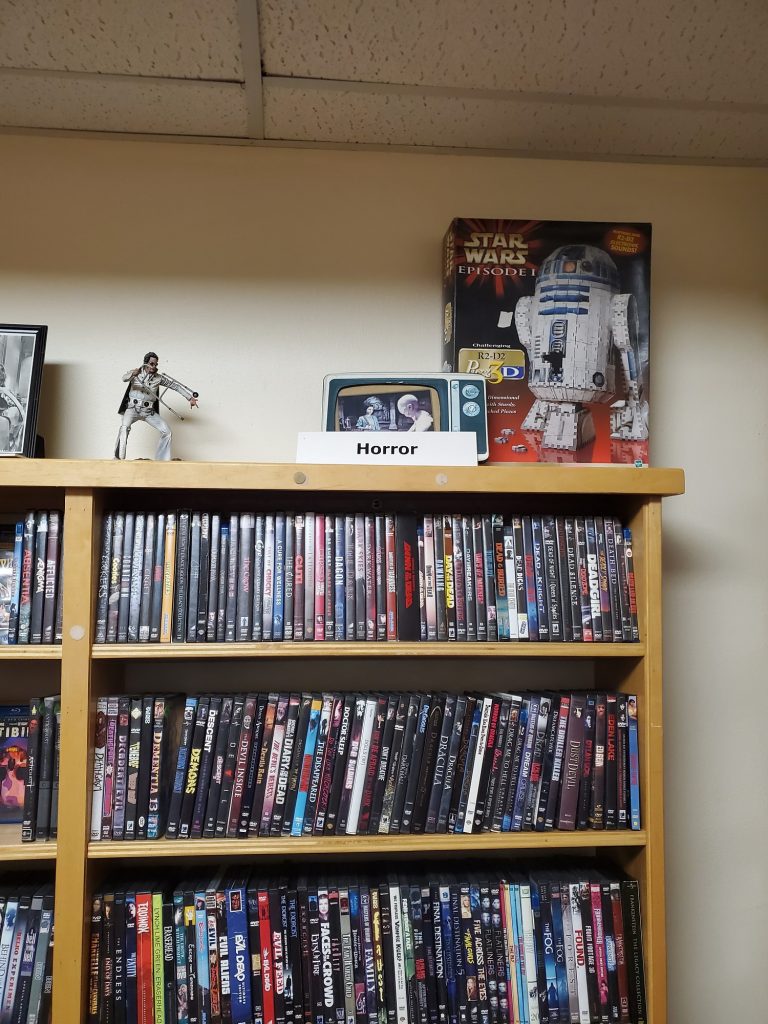 The “Horror” section at Four Star Video Cooperative in Madison houses some of the stores 25,000 movies. (Photo by Andy Turner)

The idea for the documentary was sparked by Alberth’s frustration that he had stopped visiting Four Star — or any video store, for that matter.

“The video store was a necessary place to find wherever I lived. Just like your local grocery store and gas station, it also had to be the video store — and the movie theater,” he said.

Growing up in Racine, Alberth loved looking at VHS and DVD covers and browsing the aisles of video stores. He said he has found many customers and store owners who share that love still.

Video stores might be outmatched by streaming’s convenience and further pummeled by the pandemic, but they live on thanks to passionate fans who prefer community to ease.

SONG: “Everything Looks Beautiful On Video” by The Epoxies