Fridays mean one thing in Wisconsin: fish fry. The Catholic tradition of eating fish on Friday helped make these gatherings an institution. And while you can find a fish fry just about anywhere in the state, Maricque’s in Green Bay has been many people’s favorite since 1934.

“I just grab a basket full of perch, just like this,” said Toni Melton, the fish fry chef at Maricque’s in Green Bay, WI. She walked us through the process of the weekly tradition in her kitchen. “I try to keep the boneless perch up because that’s what we use the most is the boneless.”

She dips the perch in the batter and eventually throws it in the fryer.

“We take it like this. Boom, boom. Shake it, throw it in. And that’s it,” Melton said smiling.

She estimates they serve anywhere from 3000-5000 pieces of fish each fish fry.

To hear more sounds from Maricque’s fish fry and learn more about this weekly tradition, check out this “Wisconsin Life” story with food historian Terese Allen.

Editor’s Note: This feature was included in a broadcast story that aired on February 3, 2021 celebrating the 10 year anniversary of “Wisconsin Life” on Wisconsin Public Radio. 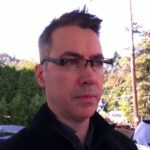 Todd Witter was one of the founders of Wisconsin Life. He’s now the Assistant Program Director at Oregon Public Broadcasting.