PEEF the bear: Home for Christmas

Dana Larson reads with Peef the bear in 2022, a treasure he has not lost since that fated day as a child. (Courtesy of Jan Larson)

Parents will go to great lengths to make sure their kids have the perfect Christmas. Parents like Jan Larson of Eau Claire, who tells us about the quest she went on to find a particular bear for her son.

“Mom … Dad … ,” our youngest son, Dana’s plaintive words traveled from his bedroom down the hall and into the kitchen where I stood unloading dishes from the dishwasher.

These words were not particularly alarming on that clear, summer day. As the ward of a loving, but adventurous 4-year-old, Peef was known to go on walkabout. He might have burrowed under the covers for another 40 winks. Perhaps, Peef had tucked himself behind the living room couch in order to initiate a favorite game of hide and seek. Or, he could have retreated to the reading loft where Dana would find him patiently waiting among the books and toys the two so often shared together.

For Peef was a magic bear whose fur was cut from cloth. And anywhere that Dana went … Peef was sure to go.

I placed the last dish in the cupboard, closed the dishwasher and turned to assure the dark brown eyes filled with concern standing before me.

“Honey,” I promised, scooping Dana and his Harry Potter pajamas up into my arms, “Don’t worry, we’ll find him.”

What I didn’t know was just how far Peef had gone and how far I’d need to go to keep my promise. 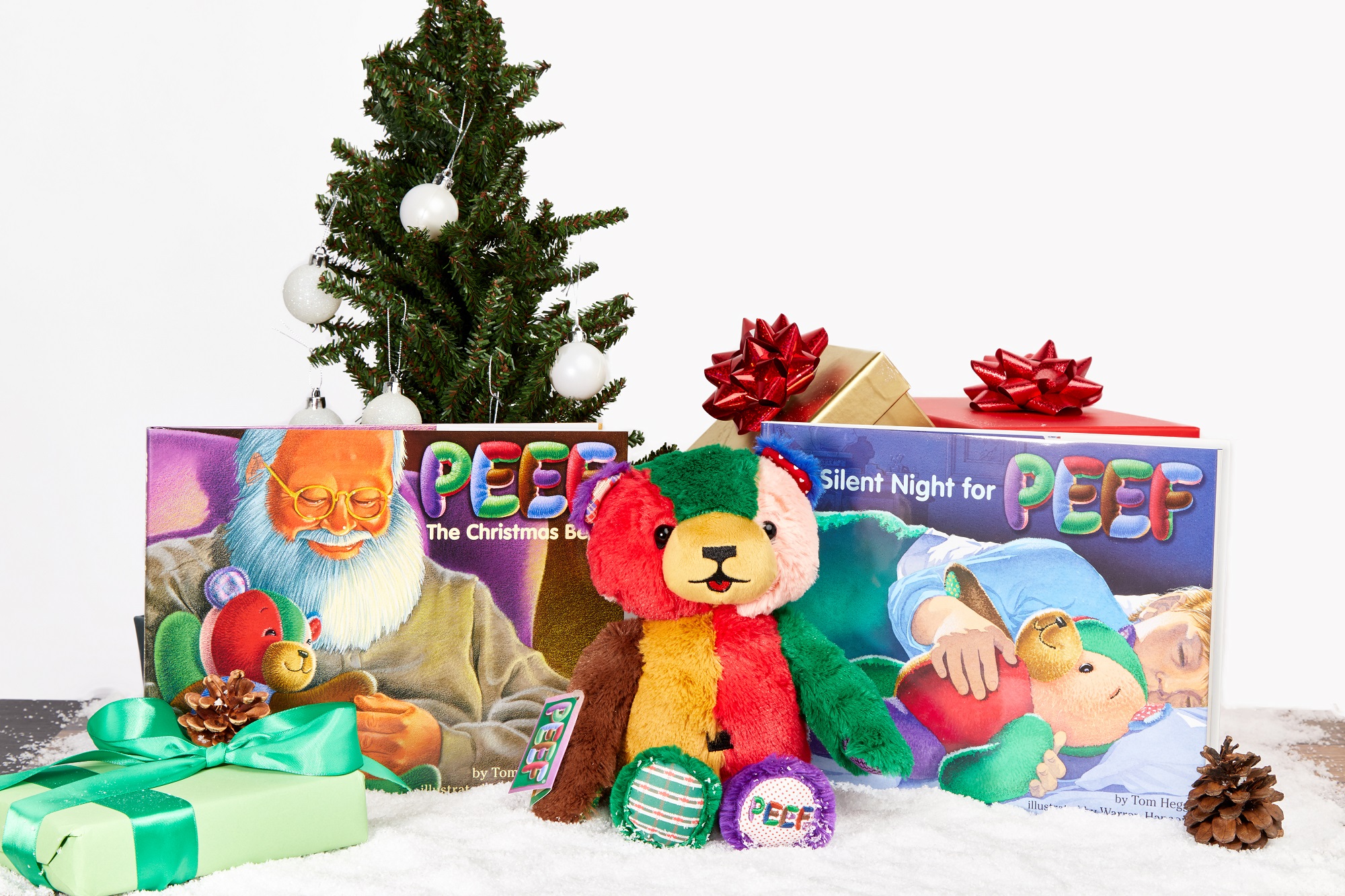 PEEF the bear alongside two of the Christmas books in his series by author Tom Hegg. (Courtesy of Tristan Publishing)

Peef is the progeny of a series of Christmas books. In book one, “PEEF the Christmas Bear,” a lonely Santa makes Peef from the elves’ favorite scraps of fabric. With a face shaped in shades of plush fur in red and green and brown, ears of Christmas plaid and polka dots, with arms and torso to match — Peef is a bear of many colors.

The magic of the north pole gives Peef life. He is Santa’s constant companion. As long as he lives with Santa, Peef’s fabric will never stain or tear. Peef loves Santa and thrills at joining him on his sleigh to deliver toys every Christmas Eve.

But then, Peef is doubting his purpose. He longs to join the other toys in their journey to the arms of a loving girl or boy. And, so, on one snowy Christmas Eve, Santa bids Peef a tender goodbye and chooses one special little boy to love and cherish Peef forever.

Dana knows he is that boy.  He showers Peef with all the love and attention due a magic Christmas Bear. They are now the constant companions … taking trips to the park, to the library and to grandma and grandpa’s house.

But on this morning and many mornings for weeks to follow, Peef is not burrowed under the covers or tucked behind the couch or waiting in the loft for his boy.

My husband, Lauran, and I braced for the grief we felt sure would develop and talked about ways to distract Dana from his loss. We enlisted the aid of his older brother and sister, both of whom had strict instructions NOT to engage in conversations that contained such phrases as “PEEF” and “gone” and “forever.” In the end, Dana came up with his own coping mechanism. “Peef,” he announced some weeks after the bear’s departure, “is not lost. He missed Santa and went back to the north pole for a visit. He’ll be home for Christmas.”

Dana’s storyline continued into late summer and early fall. Some days he wondered aloud at what toys Peef and Santa might be creating in the workshop. On others he looked forward to hearing of Peef’s latest adventure with Santa’s reindeer when he returned for Christmas. Our parental strategy of waiting for Dana to forget Peef was not working.

Our son’s persistent narrative and innocent hope sent me searching. Could Peef be home for Christmas? I had to try. I called vendors in Connecticut, scoured eBay and collector’s websites and tapped into my mom network. For weeks, I brainstormed and imagined new hiding places that might reveal Peef’s location.  I woke from deep sleep with some new angle to pursue. I found pastel Peefs, activist peace-sign Peefs, tall Peefs, small Peefs, shaggy Peefs, baggy Peefs and Peefs on steroids, but never our Peef.

It was December 23. Time had run out.

But I am not my father’s stubborn daughter for nothing. There had to be something more. I sat staring at the lights of the Christmas tree whose top branch lightly brushed the vaulted ceiling of our great room hoping for inspiration. In a flash it came. The books. I rummaged through our growing collection of Christmas tales spread beneath the tree until I found what I needed. I flipped open the back cover.

Yes! I had remembered correctly. The author was from Minnesota. Minneapolis. Could I find him? I snapped open my laptop. A few clicks later and I had him. A few more and a number. God…I love the internet!

I didn’t dare hope, but my heart raced as I punched in the numbers on our landline. For a brief moment, I was transported to my days as a young reporter. Cold calling a source at the start of a story always gave me pause. My tongue felt glued to the back of my throat. What to say? How to say it? Would anyone answer? As usual, my fingers were faster than my words. Ring. Ring. Ring.

“Hello?”  It was a male voice at the other end.

Open mouth. Engage brain. I took a deep breath and plunged ahead.

“Hello, you don’t know me, but…” The words came in a rush. I told Tom Hegg, the man who had written our son’s favorite book, whose imagination had created Dana’s dearest companion, of my search.

When I finished, I could hear the smile behind his voice as he responded, “Which one? I have boxes of them in the garage.”

Waves of relief washed over me. After all this time … could Peef be coming home?

Unwilling to believe my quest could be nearing its end, I conjured another obstacle.

“But it’s December 23,” I began. “I don’t have time to arrange to pay you and get Peef home for Christmas.”

This time a warm laugh.

“It’s early yet,” he said. “I’ll take him down to the post office this morning, overnight him, and you’ll have Peef by Christmas Eve.”

A full description of Peef guaranteed he was just right. I thanked him – inadequately – but profusely – and ended the call – in wonder and amazement at the minor Christmas miracle I’d just witnessed.

The day could not pass quickly enough. Relieved of the hunt, I wasn’t sure how to fill the hours. On Christmas Eve day, my gaze returned again and again to the front drive, waiting for that precious package. True to his word, Tom Hegg, posted Peef overnight express. I hid the box in our bedroom. Now that he was home, how should Peef make his entrance?

It was Lauran’s idea. We tucked our youngest into bed and waited until his breaths were slow and deep. We nestled Peef into Dana’s arms.

It was the night before Christmas … And all through the house, not a creature stirred as the Larsons dreamed the sweetest of dreams.

We woke to Christmas joy. 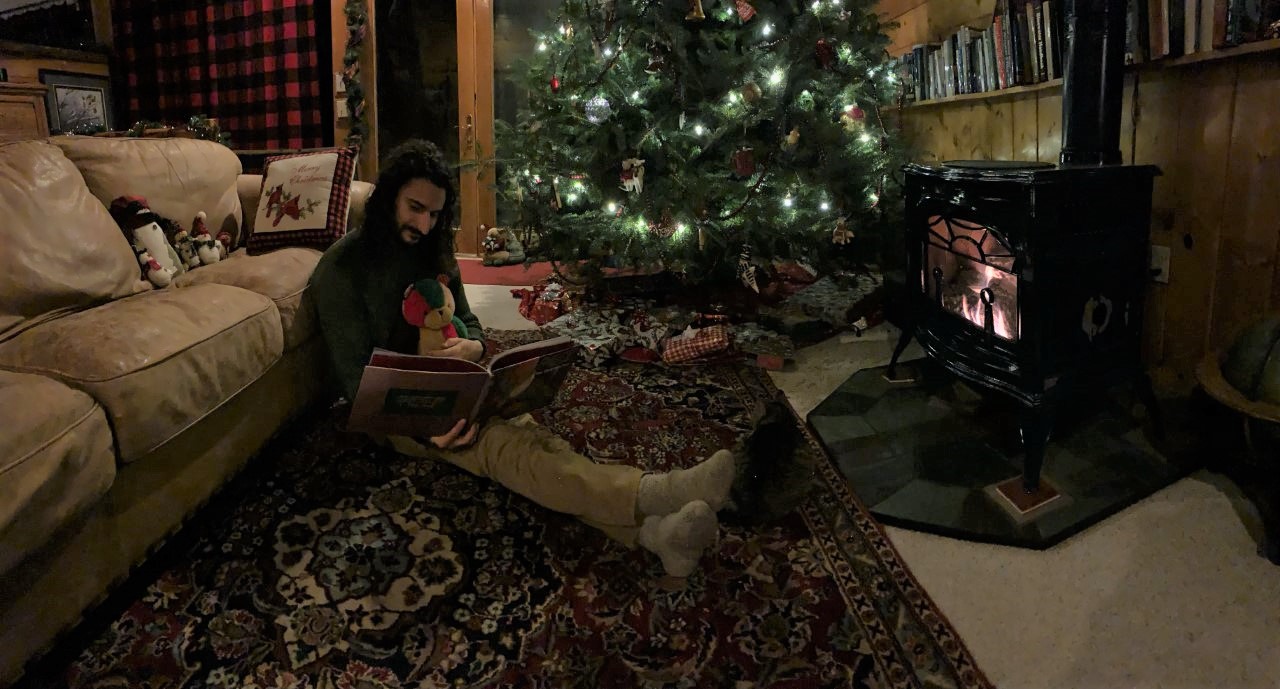 Dana Larson read with Peef the bear in 2022, a treasure he has not lost since that fated day as a child. (Courtesy of Jan Larson) 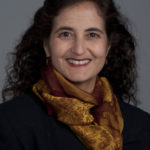