Pinball Sees Resurgence As Children Of The 80s, 90s Come Of Age

On the third Thursday of each month, pinball enthusiasts from across Madison converge at I/O Arcade Bar to get lost in the world of flippers, multiballs and free games.

The growing popularity of arcade bars is hard to ignore. In Madison alone, the last several years has seen an explosion in places to play pinball, according to Hilton Jones, co-founder of Madison Pinball.

“In the past six years Madison went from almost dead last for number of pinball machines … and now there’s probably over 100 games in total that you can find around the city,” Hilton said.

But what has led to the resurgence of the old-school arcade game? “I think there’s a lot of nostalgia, but I also think everyone’s glued to their phones, right? And you’re disconnected from other people,” Hilton said. “Arcades are that nostalgia, but also that opportunity to come have a beer and socialize and put away the phone.”

“A lot of 30-year-olds — people who are at bars drinking — grew up in the video game age,” Hilton added. “I grew up with pinball, and now here’s the opportunity for us to get together and socialize … and doing it in that nostalgia way is really, it’s what’s fun.”

Hilton began playing pinball as a child of the 90s. Growing up in Belvidere, Illinois, he said pinball was everywhere.

“I lived through the 90s when it was really popular. In the 90s in Belvidere, Illinois — a little Podunk town — every spot had a pinball machine, the Hub Cigar Store and every restaurant,” he said. “I played a lot of Addams Family pinball, which is my favorite pinball of all time.”

For Heidi, pinball came into her life when Hilton did, in graduate school.

“I grew up in Texas, so not as close to the pinball manufacturing mecca of Chicago, so I didn’t really play a lot of pinball until I mean Hilton in graduate school,” she said. “I played a couple of tables here and there, and I realized that it’s a good sport – in quotation marks – for people who are super competitive.”

It was Heidi who encouraged Hilton to buy his first pinball machine — The Addams Family of course — and from there the two began collecting rare games, learning to fix and rebuild them along the way. Aside from a hobby, Hilton and Heidi point to pinball as a way to make friends in the digital age.

“In your 30s, in your 40s, it’s hard to meet new friends,” Hilton said. “But then with pinball it’s brought us all together, and you get similar walks of life. You typically have people who like to work on things, who like to rebuild things, they may be into the art of the pinball or the programming of the pinball, but it brings nerds together, in a good way.”

And Belles and Chimes Madison has offered that space specifically for women.

“We’ve noticed that a lot of women are interested in pinball but they can find it intimidating to walk into a bar that’s full of guys, even if the guys are all great – which they are – it can be intimidating if you don’t know any of them,” Heidi said. “We get people from whole cross sections of society which is great, and it’s not really trying to be exclusionary toward men, it’s really anyone that identifies as a woman or female is welcome to join.”

“At this point it’s kind of like a nice social club for us. We go hang out, we have a great time, we all learn pinball skills and a lot of the people didn’t play pinball at all before they came to Belles and Chimes and now they love it,” she added.

Between both Madison Pinball and Belles and Chimes Madison, locals have plenty of opportunities to attend monthly pinball meetups. And while pinball has become a huge part of both Hilton and Heidi’s lives, the rise in popularity still catches them by surprise.

“I’m continually amazed,” Hilton said, “I don’t know where it stops or if it does stop, I mean I’m sure it’s cyclical, but everything seems to be going up from here.”

“Not only are people becoming more interested in it, there’s also more manufactures coming into the picture, one of them actually is local to Wisconsin, Spooky Pinball is based in Benton, Wisconsin, and they’ve come out with a couple games and I think just the wide variety of people and companies manufacturing pins … is also helping grow the popularity of pinball,” Heidi added.

Together, Hilton and Heidi plan to continue tapping into that nostalgia, spreading their love for pinball to others across the state.

“I think we’ve taken ownership of it,” Hilton said “I mean I’m proud to say I’m a pinhead. SONG: “Pinball Wizard” by Elton John and The Who 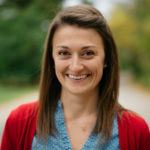