It’s a Sunday night in Stanley, WI, (population 3,600) and the Stanley Theater is hopping.  Groups of kids and families park on main street and walk in to catch the only show in town.  The smell of fresh-popped popcorn fills the small lobby.

Cecilia Eslinger greets them all, as she’s done for nearly 50 years.  In 1968 Cecilia and her brother drove from Milwaukee to northern Wisconsin, looking for a small business to buy.  A realtor showed them the Stanley Theater.  “Just make an offer, make an offer,” she recalls the realtor saying.  “So he said that about ten times. Finally I made an offer.  Two weeks later Milwaukee here they call me up and say I owned a theater.”

Eslinger had never run a business, and wasn’t even much of a movie buff, but she learned.  “I did everything. I did all the booking and then books and the advertising and the ordering.”

Back then, prices were listed in cents, not dollars.  “When I first took over it was 40, 60 and 75 cents.  That was the prices.  And I sat in the outside ticket office.  And that was very cold in there.”

Cecilia lived in a little apartment above the theater, but not for long.  She soon met an old bachelor farmer named Daniel.  “I met him and he was nice and this and that.  He said ‘I really need help. I’m alone.’  He had dishes up to the ceiling and they were very dried and dirty.  He says ‘Well how much do I owe you?’ I said, nothing if you’d like to take me out for a dinner or something that’d be great.

Cecila moved out to the farm, and Daniel came into the theater to begin running the projector.  “Every time it’d break down he knew how to fix it. And at that time it broke down a lot.  From there it was farming and theater, farming and theater.”

Daniel would start his day at 4:30 in the morning with the cows, and end it around 11pm when the show was over.  “He was 87 when he passed away and he worked to the day he died.”

A memorial hangs in the lobby, where he welcomed so many friends to the show.  “My husband was the main person.  He was the meeter and greeter and he loved people and people loved him.”

Daniel and Cecilia had six children, and they all worked on the farm and in the theater.  “As the kids grew up, as soon as they knew how to make change, they were in here working.”

As the years went by, most small town theaters closed down.  “Thousands of them went out. That’s why we’re very fortunate that we can stay open.”

Eventually the Eslingers stopped taking a salary and just focused on keeping the doors open for the community.  “There’s so many people that don’t have a lot of money and can afford to bring their families.”

Cecilia says community is what’s kept the Stanley Theater alive.  They have free shows around Easter and Christmas.  “I’ll tell you we’ll have 4 to 500 people in here. Two shows in a day to come and see Santa Claus.”

And Stanley has returned the favor.  The community raised $65,000 to help buy a digital projector and upgrade the sound.

Cecilia has turned over operations to her children and their families, who all work for free to keep the doors open.  “We loved it, and my kids all grew up in. They love it and they still come home.  They all said they’d like to keep it going as long as they live.”

Many years ago Cecilia drove north looking for a business, and she found a home.  “I love the place.  It’s home.” 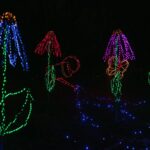 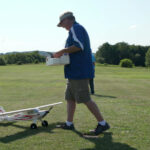