When I lived in Los Angeles winter preparedness meant turning on the pool heater. Here in Wisconsin, come Halloween, my pops puts a shovel, blankets, snowmobile suit, heavy rubber boots, and a roll of duct tape into the back of his Suburban. He is either the most winterized person in the Midwest, or a conscientious serial killer.

When I was 12 years old we moved into the first home we owned, in Delafield, at the top of a ski hill called Little Swiss Valle. My folks discussed the possibility that skiing might be my sport. Thanks to my grandma’s succulent Czech butter cookies, I lacked the body for ballet, swimming, tennis, roller or ice-skating.

We already had a closet crammed with pink tulle, a tennis racket, skates and swim fins, so it seemed prudent to rent ski equipment. When I arrived for my lesson, I was wearing four pairs of long underwear, three sweaters, five pairs of socks and a snowsuit that barely zipped due to the extra layers (and grandma’s butter cookies). I looked like a Usinger’s sausage.

A busload of children from the Holy Assumption Blind School disembarked in the parking lot and were escorted to the rental hut where they were fitted for boots, skis and poles.

My lesson consisted of sidestepping part way up the bunny hill, then snowplowing a few feet to the bottom. I watched other kids take the towrope to the top, pivot, and shoosh shoosh shoosh elegantly down the hill. I wanted that.

I trudged to the towrope, clutched the rough hemp between my woolly mitts, and was jerked a few feet up the hill, ultimately unable to hang on thanks to a lack of upper body strength. The mittens were torn off my hands. Stuck to the course fibers, they passed through an enormous cog at the top of the hill before returning to the start, where my dad plucked them off the rope.

I watched the blind children take their lessons on the bunny hill while my dad went to the Suburban for a roll of duct tape, which he used to secure the mittens to my wrists. He reasoned the plan would work as long as my arms weren’t ripped from their sockets.

Taped up, I gripped the cable tightly, and hung on for dear life. About two thirds of the way up I realized my mitts were stuck to the hemp. I watched helplessly as the huge cog at the top chomped the rope in its giant teeth, pulling me toward its giant maw.

I furiously wiggled my hands, trying to free them from the mittens, but thanks to the duct tape they were snug around my wrists. Only a few feet from the grinding colossus, I finally jerked my hands out of the mittens. Time stood still (as did I) for a nanosecond. Then I began to slide backwards.

Quickly gaining speed and momentum. I hurtled down the hill, picking off blind children who had taken the towrope behind me. They never saw me coming. One by one, down they went.

At the bottom of the hill my dad yanked my feet out of the ski boots while they were still clamped to the skis. I ran to the truck in my socks while my dad hurled the skis, boots and poles into the rental hut. We sped off as a team of instructors, teachers, and bystanders rushed to help the children scattered in the snow.

At dinner that night it was decided I should try piano lessons. 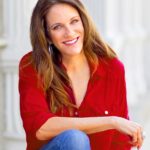 Pam Ferderbar is a photographer and the author of “Feng Shui and Charlotte Nightingale.”