It can be a mindless routine or an act of utter desperation, but we all do it.  Sooner or later, the products and offshoots of our lives catch up with us and we are confronted with the need to do some housekeeping.  It might be the sense of order we’re after or a desire to gain control.  Cleanliness has some benefit and who doesn’t appreciate the extra space that comes from a periodic sort and pitch?  But of all the reasons for housekeeping, nothing works for me like the rush of impending company.

On impulse, I invited the family for Thanksgiving.  It also made sense.  Mom had passed away in September and I knew the loss would be especially poignant around this favorite of family gatherings.  As I cleaned and primped, I recalled the celebrations that mom had engineered over the years.  There was always a spread for holidays like Thanksgiving, Christmas and Easter.  Birthdays also ranked, as did baptisms, first communions, graduations, anniversaries and visits from relatives.  Actually, no event was unworthy.  It was the get-together itself that was important.  Excuses were rarely needed.

I wanted everything to be perfect, though I knew it wouldn’t be and not just because of mom’s absence.  My wife had a full work schedule.  I’d be on my own.  Worse, I’m a terrible housekeeper and could never match what the family was used to.  Still, I was going to try.  During a vacuuming break I gave dad a call, under the pretense of checking on his arrival time.  As the conversation wandered, I found myself reviewing the menu items I planned for the meal.  “Aren’t you going to have cranberries?  You can’t have Thanksgiving without cranberries!” he said.  Among the million things I’d overlooked, I wasn’t too concerned about cranberries.  But, if dad wanted them, what was another trip to the store?

“Fresh, canned or frozen?” came the reply, when I finally asked the store clerk for help.  Erring towards simplicity, I skipped the fresh.  I do that a lot, hedge my bet and hope for the best.  That’s probably why there’s so much clutter in my life.  Like a grocery store, I keep lots of things on the shelf, all with potential value.  The trick is figuring out what to keep.

I love the moment when guests arrive.  A thin ice of anticipation shatters as everyone tumbles in.  From there, we sail on – together.  What’s more, the housekeeping is done and, with our clan at least, it’s replaced with commotion.  This Thanksgiving, the commotion lasted until the Packers had won and we began to take our places for dinner.  Maybe it was the let down after the game or, perhaps, the sense that someone was missing.  In any case, everyone was unusually quiet.  Then someone asked about cranberries.  “Frozen or canned?”  Neither would likely replace what was lacking at that point.  I started for the freezer when my son, Colin, remembered.  “I think there are some cranberries from grandma in the refrigerator.”  And so there were.  Mom had left them as a gift on an almost forgotten visit.  She never knew the space her gift would help to fill.

We will always have housekeeping.  Life demands it.   Sometimes, what we keep can make all the difference, even if we don’t know it’s there. 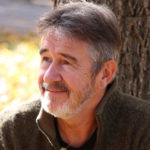 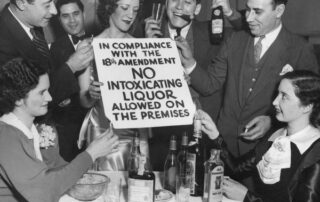