Twenty years ago I stood on the wintry main street of LaPointe on Madeline Island on Lake Superior in freezing, blowing, below-zero weather for the first-ever Apostle Islands Sled Dog Race.

My boyfriend Charly and I watched a handful of mushers take off into the blizzard, and then darted into the Beach Club, the only bar open for business. I was new to my relationship, to northern Wisconsin, and to dogsledding.

Five years later my now husband Charly presented me with a team of huskies for my birthday. What I really wanted was a baby but that wasn’t working out. Charly says he didn’t get me dogs to fill the void, he just wanted more options for winter wilderness travel. Regardless, I suddenly owned a kennel of adolescent Siberian huskies.

On our first outing, the dogs took off at turbo speed. Charly gripped the handlebar; I sat catatonic in the sled. Somewhere along the wooded trail, I hollered for him to stop. Charly did, but the team had other ideas. While Charly and I argued over our options, the dogs snapped the line and bolted without us.

We found them an hour later tangled and on the road. As we approached, lead dog Nick turned and looked at us with a “well wasn’t that fun” wag of the tail. We continued to get schooled—and are still getting schooled—in worn out snaps, group dog dynamics, wooden doors, plastic buckets and harnesses. For example, Charly missed taking off Shaggy’s harness after a night run, and so Shaggy ate it. The result: a $773 vet bill for harness removal.

And as these things often go, one year later, I was pregnant.  Raising and handling kids and dogs soon got tangled into one, fast-paced ride. Caroline took her dogsled ride in utero. Once she was born, she rode in my arms, enveloped in blankets. She learned to howl before she learned to talk, and her first sentence was “Nick is nuts.” Once she could sit, she would ride in the sled, first alone, then with her younger brother.

At nine, Caroline announced that she wanted to run in the Apostle Islands Sled Dog Race, now held on the mainland. She had never run dogs alone, and the race was only two weeks away. We’d stay involved with the race but as volunteer handlers not competitors.

And so I stood with Charly and my son Jackson at the starting gate, watching as Caroline, who didn’t weigh much more than a bag of dog food, flew out of sight. I replayed all that could go wrong until, one long hour later, she crossed the finish line.

Last year, Caroline participated in her third race. She lost her team when they took off after a red squirrel. Caroline’s friend and fellow racer Greta passed by and offered a ride. Powered by four dogs, the two of them flew down the trail until they caught up to her team. Caroline took third place; Greta first. Girl power meets dog power.

There’s little logic to having a team of sled dogs. Having a kennel is money and time, noise and chaos, and lots and lots of floating fur. But after the race, I listen to my fearless daughter, who is crouched on her knees accepting kisses and licks from her team, recount her backcountry adventure, and it all makes complete and total sense. 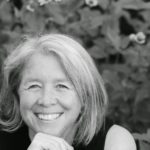 Julie Buckles is a writer in Ashland and the author of Paddling to Winter. She was born in the driftless region of Wisconsin and raised on a 47-acre dairy farm. She now lives near Washburn with her husband, Charly, two children and a team of Siberian huskies. Buckles has worked as...