The U.S. Army Corps of Engineers manages the UMRR program in partnership with the U.S. Geological Survey, U.S. Fish and Wildlife Service, and states in the Midwest. The work expands across Illinois, Iowa, Minnesota, Missouri, and Wisconsin.  The science oversight of the program’s Long Term Resource Monitoring element is managed by the USGS.

Ecosystem restoration is also part of UW Arboretum Director Karen Oberhauser’s mission as she coordinates a group of citizen scientists who “aren’t professional scientists” but they play a vital role by “collecting data, but it can also mean coming up with questions and figuring out how the data should be collected or analyzing data and sharing findings.” She says, “It’s really important that everybody gets engaged at whatever level they can, in trying to preserve what’s left and to restore what we’ve lost.”

Ram Rojas thinks “the way you live your life influences your artwork.” After coming to Door County twenty-seven years ago, Rojas switched from painting gods to painting farmers. Rojas has travelled all over the world to learn from artists, but he says Door County has something special, “People who are cultured and progressive living in a country setting.”

Sewing goes beyond the fabric with Margaret Jankowski. After a tsunami hit southeast Asia in 2004, Jankowski read an article about a woman who had lost her livelihood: her sewing machine. Jankowski decided she would gather sewing machines and donate them to would-be sewers in southeast Asia. Then, a tragedy hit closer to home: Hurricane Katrina. Again, Jankowski gathered sewing machines, and this time, she would deliver them herself. She formed The Sewing Machine Project which has evolved to now include classes and even free mending stations.

Derek Sippel has a passion for farming. Working on Sippel Dairy Farm in St. Cloud, he tends to cows and their needs. He also tends to a unique plant, a pumpkin. Sippel grows pumpkins every year with the goal of harvesting the biggest pumpkin possible. Every fall, he enters he enters his largest pumpkin in the annual Wisconsin Giant Pumpkin Growers contest in hopes of winning it all. 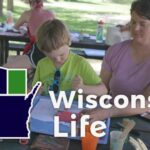 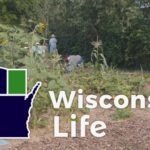 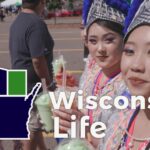 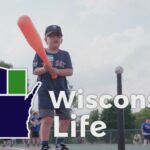