Wisconsin Life host Angela Fitzgerald is in Milwaukee County where rescue pups of the Door County Sled Dogs show her what dog-powered sports are all about. Each winter, the active group of Huskies travels from their training facility in Door County to the Milwaukee area, to provide educational events around southeastern Wisconsin. Angela gets a sled ride and speaks with Musher Dan to learn about the rescue pups and their outreach work around the state.

Dog sledding is a family affair for Talia Martens. The 17-year-old from Brule loves to run her Alaskan Huskies. She says the dogs love it. “When we hook up, they get really excited. And once we take off, they’re just go. Full blast!” Last winter, Talia and her dogs competed in the Junior Iditarod. It’s a 150-mile race across the Alaskan wilderness over two days. Finishing 9th, Talia says, “It just really upped my confidence. I want to go up there again and do it over again.”

Next is the story of Eric Adjetey Anang, a third-generation craftsman from Ghana, Africa. His grandfather started a coffin-making business when he merged carpentry and art. Now design coffins are one of the most celebrated forms of African art. Eric explains at funerals, “Everybody wants to have a glance of it and take a photo of it. People would also start to ask, ‘Who did that? Who was the artist? Where was that coffin built?’ That is where we get our praises.” In 2018, Eric became an artist-in-residence at the creative space called the Bubbler at the Madison Public Library where he’s building a dinosaur-shaped coffin.

Polo is a sport most people never even knew existed at the University of Wisconsin-Madison. Alyssa Daniels didn’t know either until a friend posted on Facebook about joining the polo team. Alyssa responded, “‘Oh my gosh. There’s a polo team.’ And I called my mom. I was like, ‘Mom, you won’t believe this!'” Alyssa played on a national championship high school team. Now she’s playing on the UW-Madison Polo Club, which started in 2014. Alyssa explains, “A sport that I love so much at a school that I love so much. It’s really made everything come together for my college experience.”

Lastly, an animated tale about a Wisconsin expatriate. Author Patrick Sommerville reflects upon the memories of FIBs from his youth. He asks, “How about the time in the Boundary Waters when the two dudes from Arlington Heights stole my hat and my fishing pole while I was portaging my canoe?” But now Patrick is reconciling his preconceptions of what his true identity is – as he is now living in Illinois and become a Friendly Illinois Brother, himself. 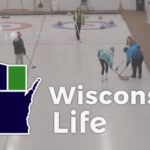 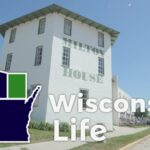 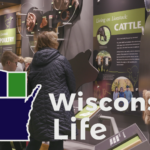 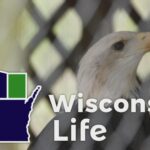