Growing up on a Northern Wisconsin farm Bridget McCutchen felt freedom. “I like to joke I was raised in a field by cows and a dog and part of it’s a joke and part of it is reality.” The reality is… McCutchen has always had an adventurous streak.

McCutchen was homeschooled and ventured out from the farm near Ashland for the first time at age 19. She traveled across the country on her motorcycle to Washington. “I worked on a tall ship called the Lady Washington. She’s been in a few movies like she was the interceptor in Pirates of the Caribbean. She was on Star Trek. That experience really helped me realize that adventuring was not this unattainable goal that only the coolest of the cool people could do. It pretty much changed my life.”

Her next odyssey could also change her life. At age 21 McCutchen is attempting to be the youngest woman to travel around the world on a motorcycle. Her goal is the Guinness Book of World Records. To claim the record, she must meet the following criteria: travel at least 24,900 miles, cross the equator at least once, and do it all on the same motorcycle, along with about 30 more pages of detailed requirements. Then at the end, if Guinness thinks it’s good enough, they will confirm the record.

She will travel west from Wisconsin and then down to the tip of South America. From there it’s a boat ride to Morocco, up through Spain and across Europe. Navigating geography and political terrain might be the biggest roadblock. “I do have some family in Ukraine. I did have a cousin that when Russia first invaded. He was killed and it was really upsetting. I was going to go through the Ukraine and visit my family and through Russia and that is no longer an option.” Traveling on the back of McCutchen’s bike is a small bell. “This is from my grandmother. I think it was from her brother in the Ukraine. It’s very important to me but it needs to come with me, and I’m scared I’m going to lose it. It’s supposed to ward off like evil spirits and gremlins.”

McCutchen will also take along an abundance of curiosity and ambition. “I mean it’s a beautiful world and I want to go see it. Riding a motorcycle to me is the best thing in the world and it gives you a sense of freedom and independence. I want to be the best version of myself I want to help other people realize they can do the same thing. I really want to inspire other young women like myself.”

She is driven to set the world-record however, success will not be measured in miles. “I think it’s going to start out with completing the trip and getting the record and I would not be surprised by the end of it, if it is completely different because I guarantee you, I will not be the same person when I come back.” You can follow her adventure at www.two-wheels-round.com 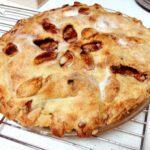 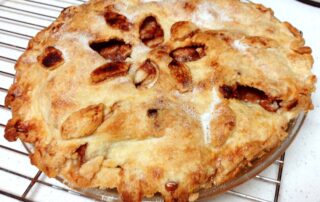