Stevenson has played guitar, harmonica, and sung regularly throughout Wisconsin since the early 1980s. His Wisconsin River Bluegrass Boys won dozens of awards in the 1980s and 1990s.

The origins of bluegrass music can be traced to Bill Monroe, a Kentuckian who assembled a band of acoustic musicians following World War II. Country music was becoming electrified and Monroe hoped to counter that trend with his brand of music.

It was a style of music that spoke to Art Stevenson who attended one of the earliest bluegrass festivals in Wisconsin at Mole Lake. That festival began in 1976 and continued through 1993. Stevenson went on to form his own bluegrass bands but it wasn’t the only type of music that he played. Stevenson says that the interest in bluegrass in the 1980s and early 1990s wasn’t enough to sustain a career as a musician so he played other types of music as well.

Since 1993, Art Stevenson and High Water have become Wisconsin’s best-known bluegrass show. The band’s sound comes from the close duet singing of Stevenson and his wife Stephanie. 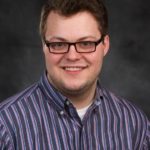 Eli Frieders is an advocate for Wisconsin’s vibrant music community