Coffee is a popular source of morning energy to many people, but to musician Joe “Snare” Vosen, coffee represents more than just the inspiration to start the day.

Vosen’s combined love of coffee, music and Wisconsin culture led him to write an entire musical about his favorite morning beverage, titled Caffeine Dreams. The story follows a burly philosopher from the Northwoods who stops in a local coffee shop and clashes with the practical-minded shop owner.

As a long time musician, the idea of writing a musical came naturally to Vosen as he experimented writing songs. He was surprised though by the long hours of rehearsal and attention to detail needed to produce a successful musical.

“I’m still thinking of things to do, which surprises me. I thought I would have everything wrapped up by now,” Vosen said. “It just hasn’t worked out that way. It’s not for the faint of heart.”

Despite all the challenges of writing an original musical, the rewards of realizing one of his long-time dreams was not lost on Vosen.

“You’re working on something that you think is really cool and tell yourself, or in my case fantasize, that a bunch of people are going to hear it, but I never really quite believed it,” Vosen said. “That was close to two years ago, and look what it’s grown into.”

After the fall of the final curtain, Vosen reflected positively about how his music had brought together so many talented actors, musicians and directors.

“It’s just a great thing we’re all doing together now, it’s not just my song anymore.”

Caffeine Dreams debuted in Sun Prairie as part of the Sun Prairie Civic Theatre in December of 2013 and sold more than 600 tickets to a community audience. 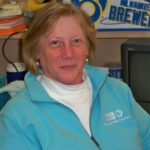