Amy Jandrisevits believes everyone has something in life that they’re good at and it’s our obligation as people to use that something to make the world a better place.

“We all have a place at the table and we all have something that we’re good at,” says Jandrisevits. “And I do feel like it’s kind of our obligation to each other to bring that to the table and share it.”

Amy owns and operates A Doll Like Me, a non-profit that designs dolls for kids who don’t see themselves on the store shelves. She’s made over 400 dolls for children with limb differences, medical conditions, birthmarks, and hand differences. Children who generally have problems finding dolls or toys that they can self identify with when playing.

“There’s this whole group of kids who are underrepresented. And why is that? You know, why have we allowed that to happen,” says Jandrisevits. “Why are we comfortable saying, ‘You know, you are beautiful, you’re perfect inside and out. But yet we’re never going to design something that looks like you,’ and I think that’s probably why A Doll Like Me has been so successful.”

Amy has shipped dolls all over the world. “They’ve gone to Israel, Egypt and South Africa and there’s a doll that went to Ghana,” says Jandrisevits. “But yeah, they have gone more places than I have, actually.”

Amy is grateful for the impact A Doll Like Me has had so far but admits it can be overwhelming at times. While the organization is almost entirely run by her, it’s the remarkable stories she hears that fuel her to keep going.

“Every doll that you look at has an amazing story. And I look at every doll and I think, ‘Oh my gosh, everybody should hear about this child.'” says Jandrisevits.

Award Winning Circus Dogs and the Lifelong Love Behind Them 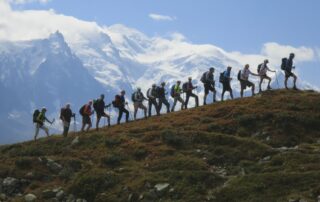 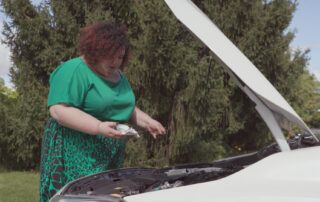