Clint Greendeer is a Madison-based musician and member of the Ho-Chunk Nation. A few years ago, his family member found an old box of cassette tapes belonging to Greendeer’s late father, Conroy Greendeer, Sr.

The content of the tapes ranged from powwow songs to ceremonial Ho-Chunk songs, as well as Ho-Chunk language lessons, mostly recorded by Greendeer Sr.

Many of the tapes were deteriorating, so Greendeer’s family suggested that someone should take the time to go through and take stock of the tape’s content in an effort to preserve the recordings. Greendeer decided to restore, digitize, and archive the songs. 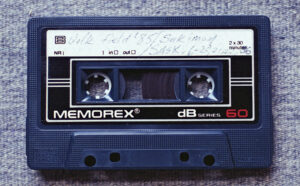 Cassette “Volk Field ’85 Side B” (Photo by Clint Greendeer)

Some of the songs on the tapes date back centuries ago. Some of the tapes contain the only known recordings of these traditional Ho-Chunk songs.

“Our Ho-Chunk songs…they’re passed down to us from our ancestors,” explained Greendeer.

Greendeer has continued the significant work of making sure these recordings are saved and properly archived.

Greendeer explained that it’s a labor-intensive process of meticulously going through the tapes and deciding how to catalog, and sometimes repair the physical magnetic tape material of the cassettes.

“Occasionally I’ll come across a tape (that snaps during playback),” said Greendeer. “So I’ve picked up a tape repair kit…and I’ve been learning things on YouTube. It’s a tedious and daunting task, but it feels good to keep those recordings alive…at least so they can play one last time so I can (archive) it. It’s going to be a resource that myself — and younger ones than I — will be able to learn from.” 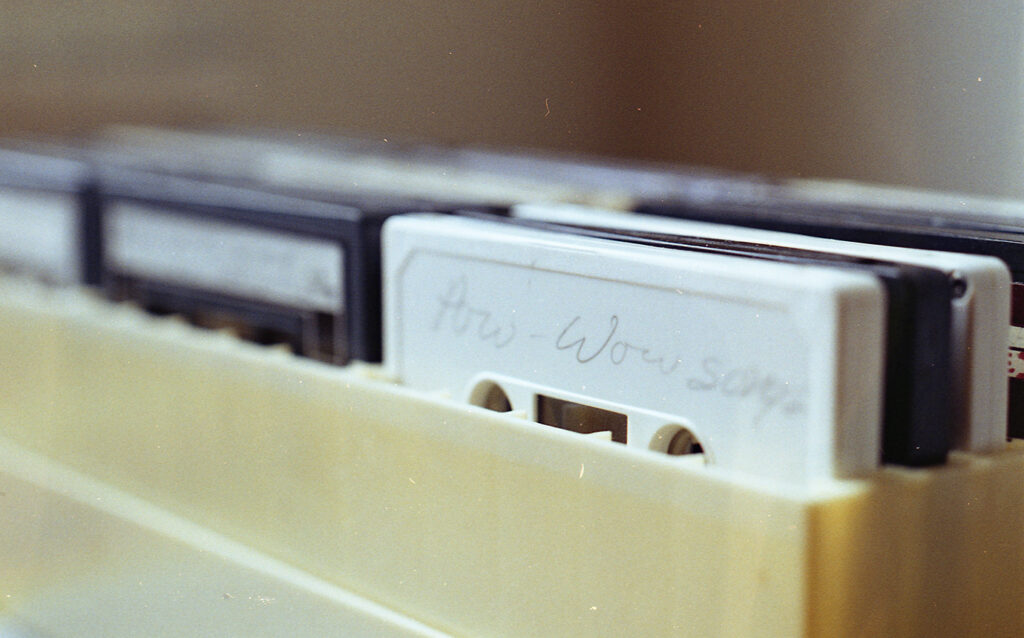 Cassette tapes to be digitized and archived (Photo by Clint Greendeer)

Many of the tapes resonate with Greendeer and also provide a link to his family. He came across a recording of his grandfather, Lyle Greendeer, telling his father a Ho-Chunk story about the meaning behind a particular song.

“Then it would go into my dad singing that song,” said Greendeer. “When I come across tapes like those I kind of get a chill up my spine. That’s a certain kind of energy, and certain moments, that I personally haven’t been around (because) I was so young when both of them were around. I hear those tapes and I’m reminded of why I’m doing this. These are the moments I love to document.” 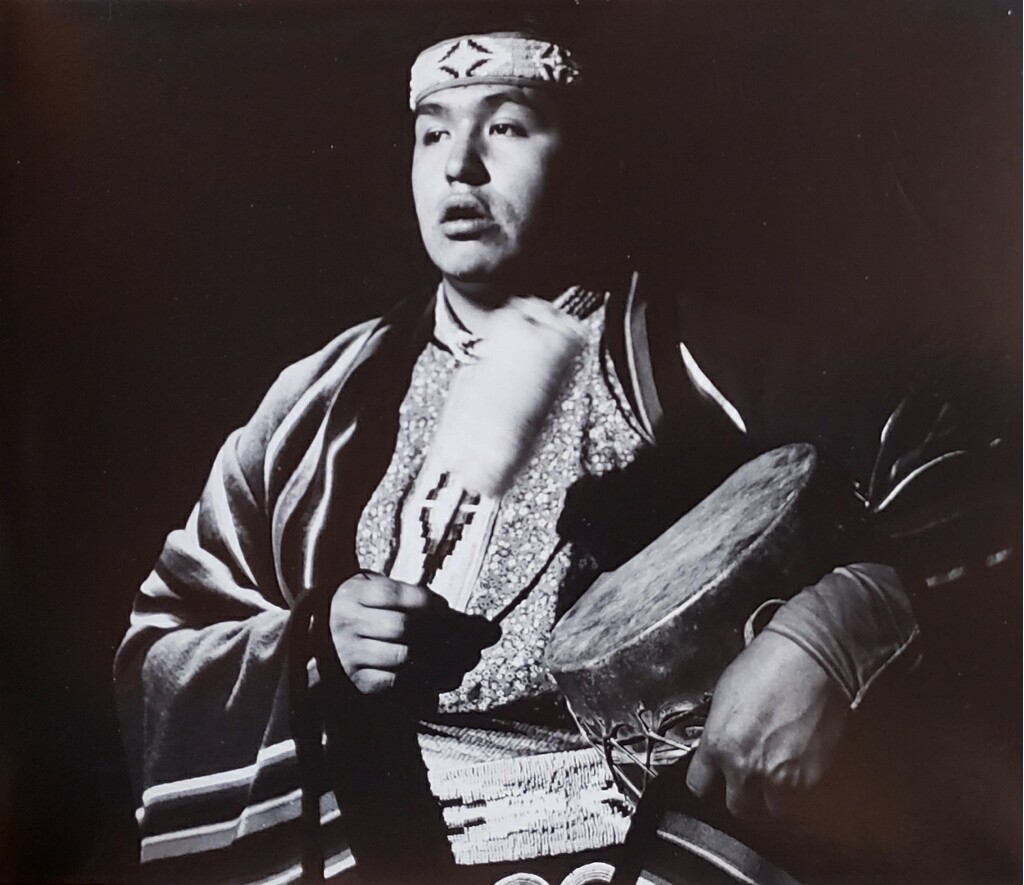 Greendeer’s father passed away when Greendeer was in his early 20s. But growing up in the Greendeer household, music was always an integral part of life.

“My father was an amazing singer and he knew hundreds and hundreds of songs,” said Greendeer.

He recalled how his father would connect the music playing at home on the radio to the traditional Ho-Chunk songs he would sing and record at powwows and ceremonies.

“We’d be listening to Guns n’ Roses, B.B. King, or Louis Armstrong and (my dad) would say, ‘They all have such beautiful voices and such range. Imagine if they were singing all these (Ho-Chunk) songs with us?'” said Greendeer. “My dad was always thinking about our traditional songs, and he’d always try to link (contemporary music) with our culture and our heritage.” 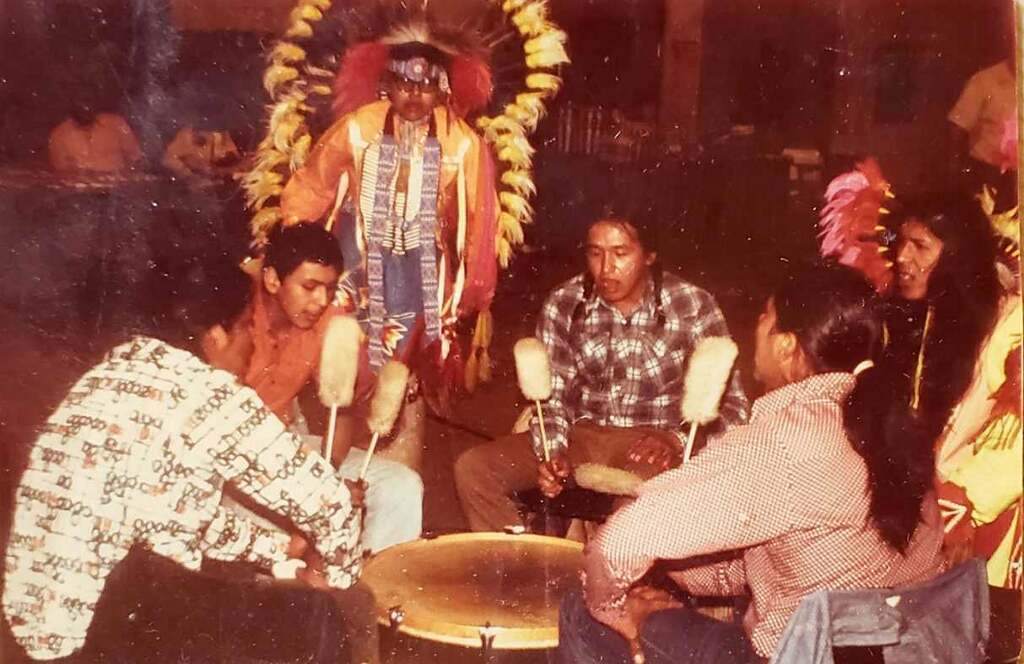 Many of the songs on the tapes are field recordings Greendeer Sr. captured in the 1970s and 1980s of the Winnebago Sons, a Ho-Chunk drum group he founded. Greendeer talked about hearing a particular recording of his father. He was practicing a solo, singing alone in an empty room.

“It’s a very intimate recording of just my dad (singing). I think it was a personal note to himself, documenting that song so he won’t forget it. Hearing that…it felt really powerful. I felt like he was in the room with me,” said Greendeer. “Those kinds of moments are great to revisit because it comes to show he’s really not that far away.” 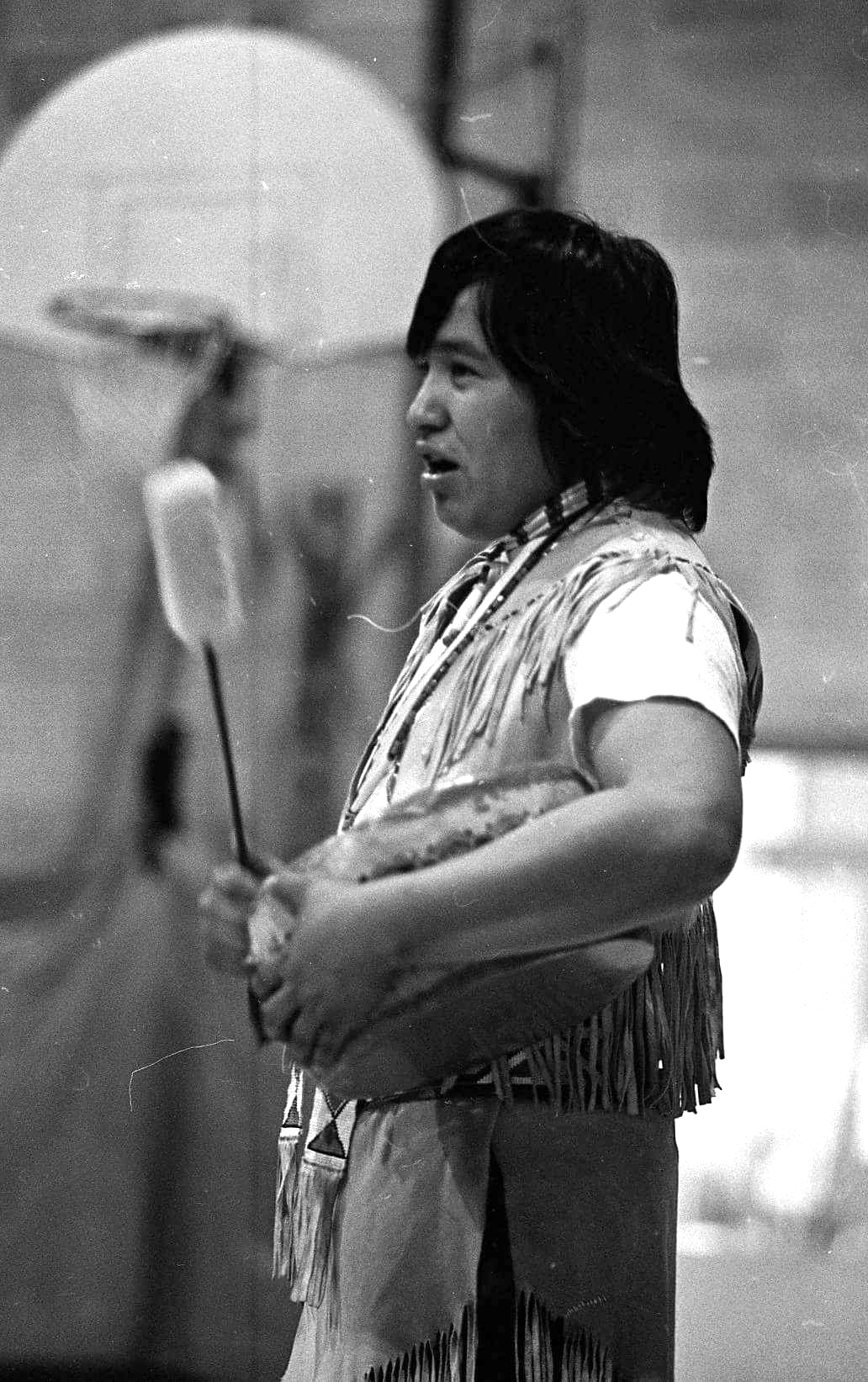 Over the years, Greendeer has played guitar in various bands in Wisconsin. Several years ago, he spent some time touring the country with a metal band. He has been writing and recording his own music since he was in high school. He’s also an amateur photographer, a vintage clothing expert, and set designer for local film productions. He recalled how he connects his own musical journey to his late father’s teachings and talked about the feeling he gets when hearing these recordings.

“My musical experience was a different pathway than my dad took. It’s interesting to listen to moments (my dad) recorded in his 20s (or his 30s). That’s my age now,” Greendeer said. “It’s great to listen to things that he was making at my age. It’s such a cool little time capsule for me.”

Greendeer further reflected on the lasting impact his father has had on his life, musically and otherwise.

“It’s cool that I’m able to learn from my dad and still add a little bit of what I’ve learned through my experience…and be able to make that connection into something completely new.” 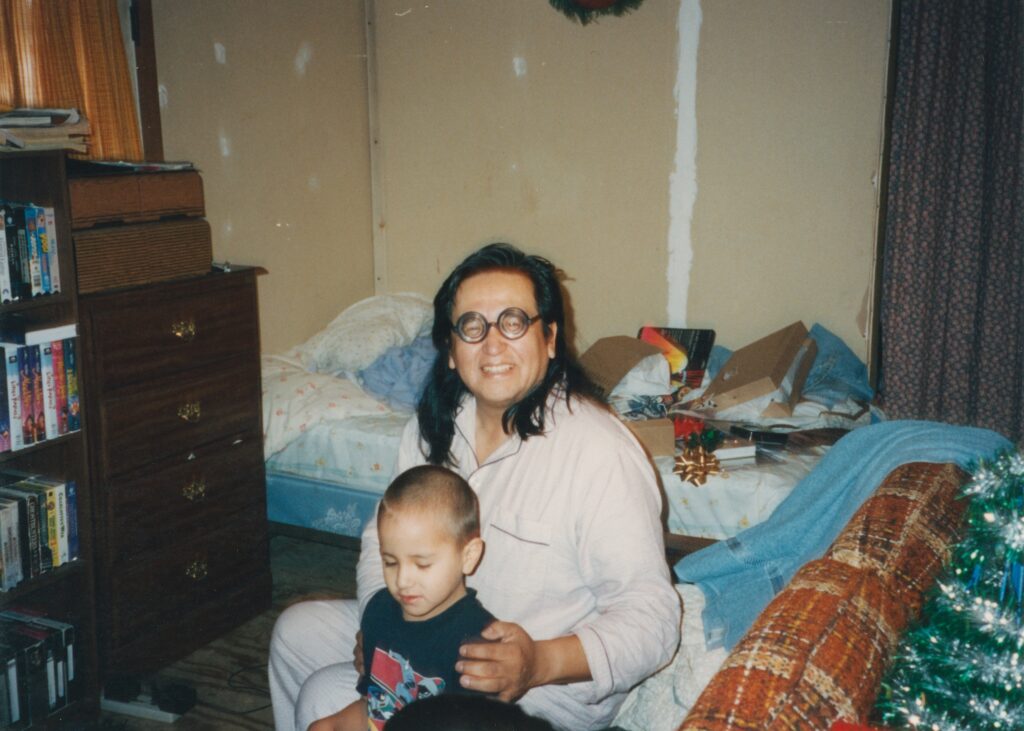