Osvaldo Durruthy at his home in Madison, Wisconsin, on April 19, 2021. (Angela Major/WPR)

Osvaldo Durruthy was sitting in a Wisconsin prison in the mid-1990s. He was in his 30s and he was desperate to get out. He wanted to go home to Cuba, so he concocted a plan.

“I had a sad moment. (I was) impatient,” said Durruthy from his apartment in Madison, Wisconsin.

This sad moment led to something quite disturbing. In his mind, to get out of prison, Durruthy was going to have to kill the most hated man behind bars.

“I went a little a little violent toward an inmate,” said Durruthy. “You know, Jeffrey Dahmer.”

Durruthy thought he’d get out if he killed Wisconsin’s most notorious serial killer, Jeffrey Dahmer.

And it almost happened in the prison chapel, but the weapon broke and guards intervened.

“I’m not proud of that,” said Durruthy. “At that moment, my mind was so disturbed.”

But the assault never got Durruthy deported like he hoped. 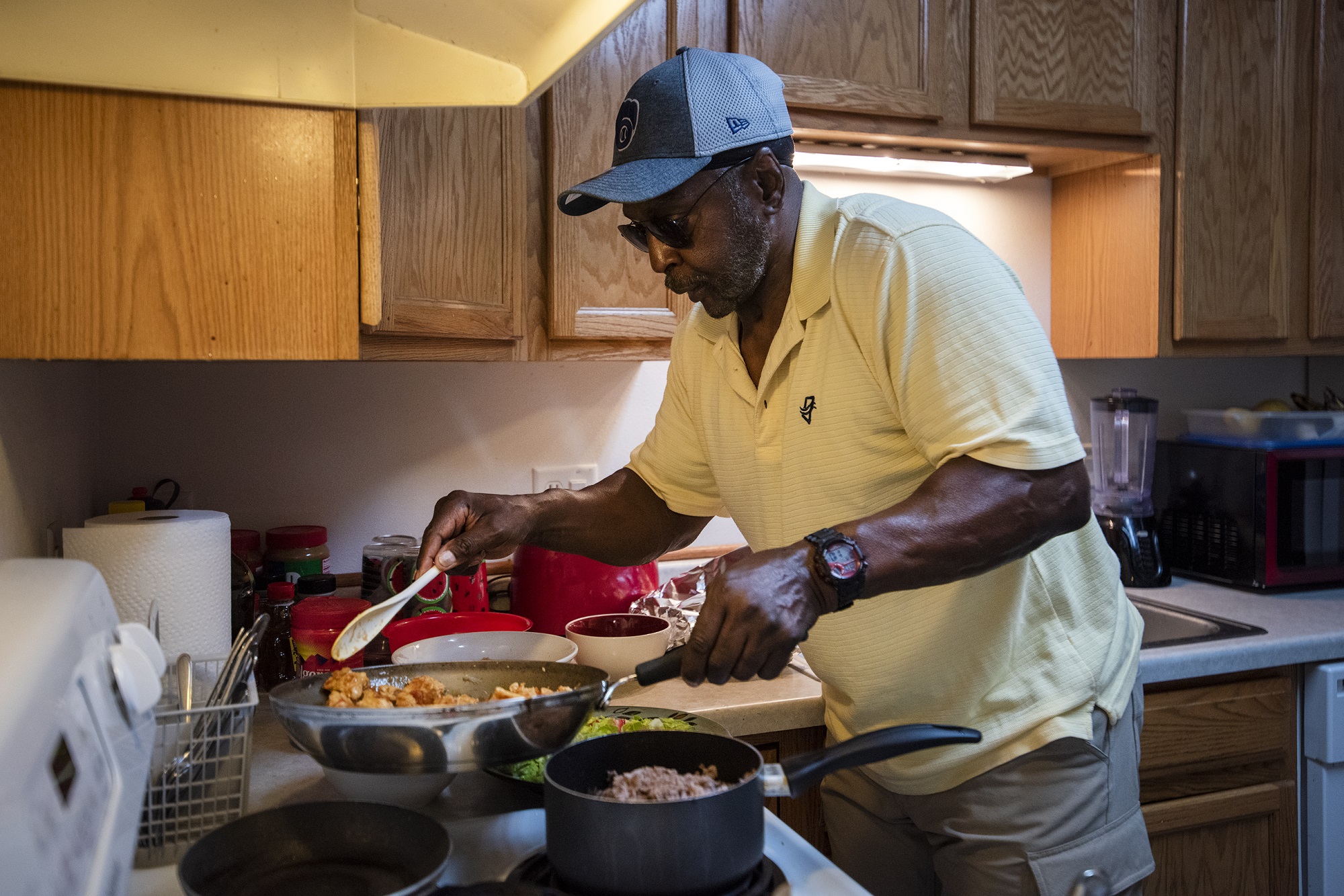 So, how did Osvaldo Durruthy get here?

Durruthy settled in Madison, Wisconsin after coming to the United States as part of the Mariel Boatlift, a moment in 1980 when 125,000 Cuban exiles were allowed to leave the island. Of that group, almost 15,000 were sent to Fort McCoy in Sparta, Wisconsin, including Durruthy.

At Fort McCoy, he made friends with a group of musicians, who ended up playing for people across Wisconsin and the upper Midwest.

“We all got together, we started playing music. And that was when I ended up going to different places,” remembered Durruthy. “I started dancing and playing (bongos) with the band. And that was my way out of the environment, the McCoy.”

Once Durruthy was out on his own, he settled in Madison, Wisconsin. He liked the people, the city and the nightlife.

But discrimination and a language barrier made finding a job difficult.

So, he turned to the drug trade to make easy money. Durruthy says he wasn’t thinking about the consequences.

“We were selling drugs. We were stealing. We were doing the crazy thing, you know?” said Durruthy. “I can never say ‘regret’ because once I do something, I don’t look back. I pay for my mistake.”

He paid for that mistake with a prison sentence, where he would later cross paths with a notorious serial killer.

Throughout his life, Durruthy has been a survivor. He fought off the KKK shortly after arriving in the U.S. He survived multiple gunshot wounds at a Madison nightclub.

He’s always scheming, always has a plan. Durruthy is entrepreneurial by nature.

Back in Cuba, when he was a 7 year-old kid, he was the neighborhood’s Laundry Man.

“I became so good (at) washing and ironing that the whole neighborhood had to deal with me because they say, ‘You too good! We’re going to pay you for washing our clothes and hanging out clothes.'” 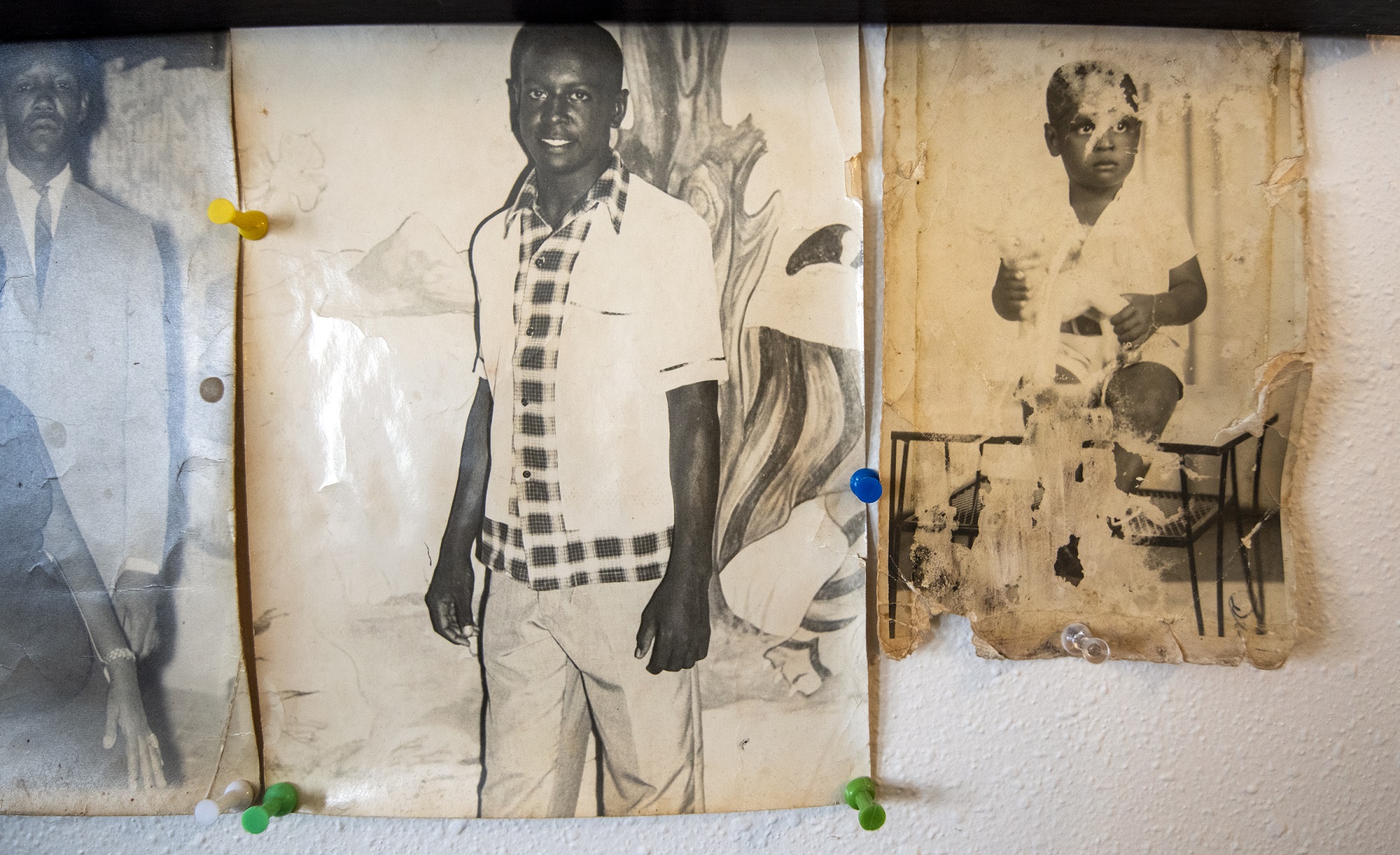 And that neighborhood in Santiago de Cuba? Durruthy wants to go back there and see his family, like his sister who he hasn’t seen in person in more than 40 years.

“The first thing I want to do, I want to embrace her and raise her up and hug! Give her the hug that nobody ever … She never get that hug before,” said Durruthy smiling. “She said what she’s going to do is cook for me.”

But he can’t go back. Even though he’s no longer in prison, Durruthy has felony convictions, so he can’t return to Cuba or become a U.S. citizen and get his passport.

“When I came here, I was wild. Nothing good was on my mind,” said Durruthy, reflecting on his twenties. “Now, I got a better understanding what it’s like to be an American citizen. And not only that, but putting me behind bars was something that I needed because I learned how to become a man.”

And now, Durruthy just wants a second chance for himself and some of his fellow Mariel refugees.

“You know, we did a lot of crazy stuff in order to survive, to put (a) meal on the table,” said Durruthy.  “But, you know, we pay for our mistakes. Most of us did (it) in (the) penitentiary.”

“We are all in our sixties, most of the Cubans, you know. We are not a threat to society anymore. Most of us (have a) family, we got a job.” said Durruthy. “Whoever listens to us, we just want to ask for forgiveness. (We’re) asking for consideration, asking for an opportunity to grow as a man, as a father,  as a husband.”

“We’re not perfect. We just want to be part of the American dream, you know?” Durruthy added.

To learn more about Osvaldo Durruthy’s life in Cuba, his treacherous boat ride across the ocean and settling down in Wisconsin, check out the podcast “WPR Reports: Uprooted.”