Fitzgerald also shares more all-new stories from the Wisconsin Life team, including a profile of a young actress who was selected for one of the rare acting apprenticeships with American Players Theatre.  Jade Payton was chosen from a very competitive pool, and we’ll see how her experience has ranged from learning how to blend into a scene to having opportunities to play pivotal speaking roles.

Next up, we travel to Washburn County, where Jesse Kauffman has created an extremely unusual deer stand.  The Springbrook man is known for being creative, and certainly a lot of ingenuity went into his creation.  Kauffman hoisted an old school bus atop an abandoned fuel tank, added an old hay elevator he converted into stairs, and suddenly had a sky-high, one-of-a-kind stand to use during deer hunting season.

Finally, we stop in Sugar Camp to spend time with the Grosman family.  John and Kate Grosman don’t have a family tree; instead, they have family trees.  In the spring of 1970, they planted a few rows of red pine on their family’s land, in honor of their newborn son.  And with the birth of their second son – and subsequent grandchildren – the Grosmans have continued to plant a new species of tree for each new family member.  Their forest of family trees has become a living legacy for the north woods couple. 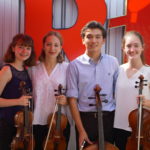 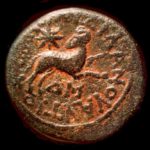 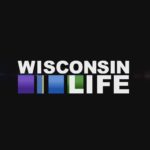