It’s hard to imagine that any musician could be as prolific as Jay Anderson. The saxophonist performs nearly every night, has started his own record label, and grows his own food.

Anderson’s first instrument was the violin but he soon switched to saxophone. His grandfather played sax and Anderson grew up listening to jazz.

“My ideal of what a musician was was a saxophone player,” says Anderson.

Anderson stuck with band music until college when he decided to try something new. He says he didn’t set out to play jazz in particular but he quickly became entranced with the challenge.

“No musician who is honest can ever say they have mastered jazz,” explains Anderson.

While music is a big part of Anderson’s life, he says that it’s growing food that fuels him. He spent summers as a kid in Indiana helping his saxophone-playing grandfather grow peppers. He then convinced his parents to let him dig up their Milwaukee yard and plant a garden.

Anderson spent several years at Walnut Way in Milwaukee, learning to grow food and teaching others. He also hung out with Will Allen at Growing Power. Today, he has several plots of land around the city and in surrounding areas that he bikes out to farm.

“The food fuels my body and the music fuels my soul,” says Anderson. 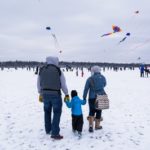 Kite Flying In The Snow 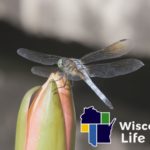