It was 1957, and Rhinelander’s Leona Forth laid eyes on Marv Schumacher for the first time.

She knew right away. The outgoing, smiling, happy man would become her life partner.

“He was the most generous,” Leona said. “He was the best guy in the world.”

The couple took over Leona’s family business, running Forth Floral for decades. 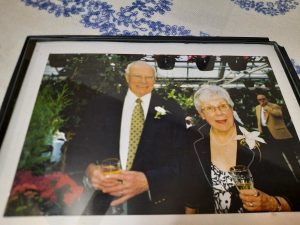 On their 25th wedding anniversary, they bought themselves a treat.

“This guy was selling clocks. We looked at this one. I said, ‘I think that’s such a neat clock. Why don’t we consider, this will be our anniversary gift to each other?’ So that’s what we did,” she remembered.

The grandfather clock, standing more than six feet tall, kept ticking as they moved from one Rhinelander home to another. It kept ticking during their 50th anniversary celebration and beyond.

But a few years ago, Marv was diagnosed with Parkinson’s Disease, and dementia started to creep in.

“It was a long eight months,” Leona said.

On April 24, 2019, just after the couple’s 61st anniversary, Marv Schumacher passed away.

The home they shared fell into silence.

Marv was gone, and, by this point, that grandfather clock hadn’t chimed in years.

At some point, Leona called Stacy Wagler at Wind Me Up Clock Shop.

Could he come over and take a look at the clock?

Wagler had been doing clock repairs for years. It wasn’t a sustaining job, but a passion on the side.

“I was so impressed by his love. He treated that like he was treating a newborn baby, so gently and [with] so much love, the way he treated it,” Leona recalled. “I thought, I’ve never seen anyone treat a thing with so much love.”

After a few hours of tender repairs, the clock came back to life. At the top of the hour, it belted out the familiar Westminster chime.

The sound seemed to bring back the presence of Leona’s husband. 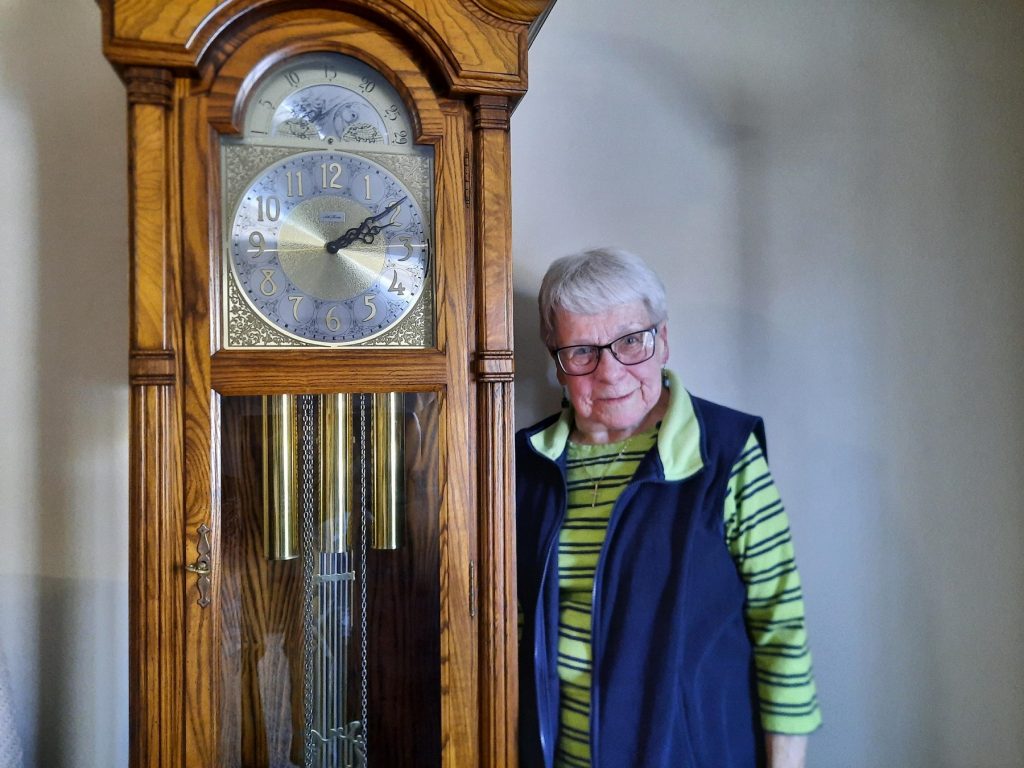 Leona Schumacher with her grandfather clock. (Photo by Ben Meyer/WXPR)

It’s clock stories like those that stick in Stacy Wagler’s mind.

“[I love] to be able to service these clocks so they can better remember a better time or a family member,” Wagler said.

His repair shop, Wind Me Up Clock Shop in Rhinelander, is full of stories, memories, and, of course, clocks. 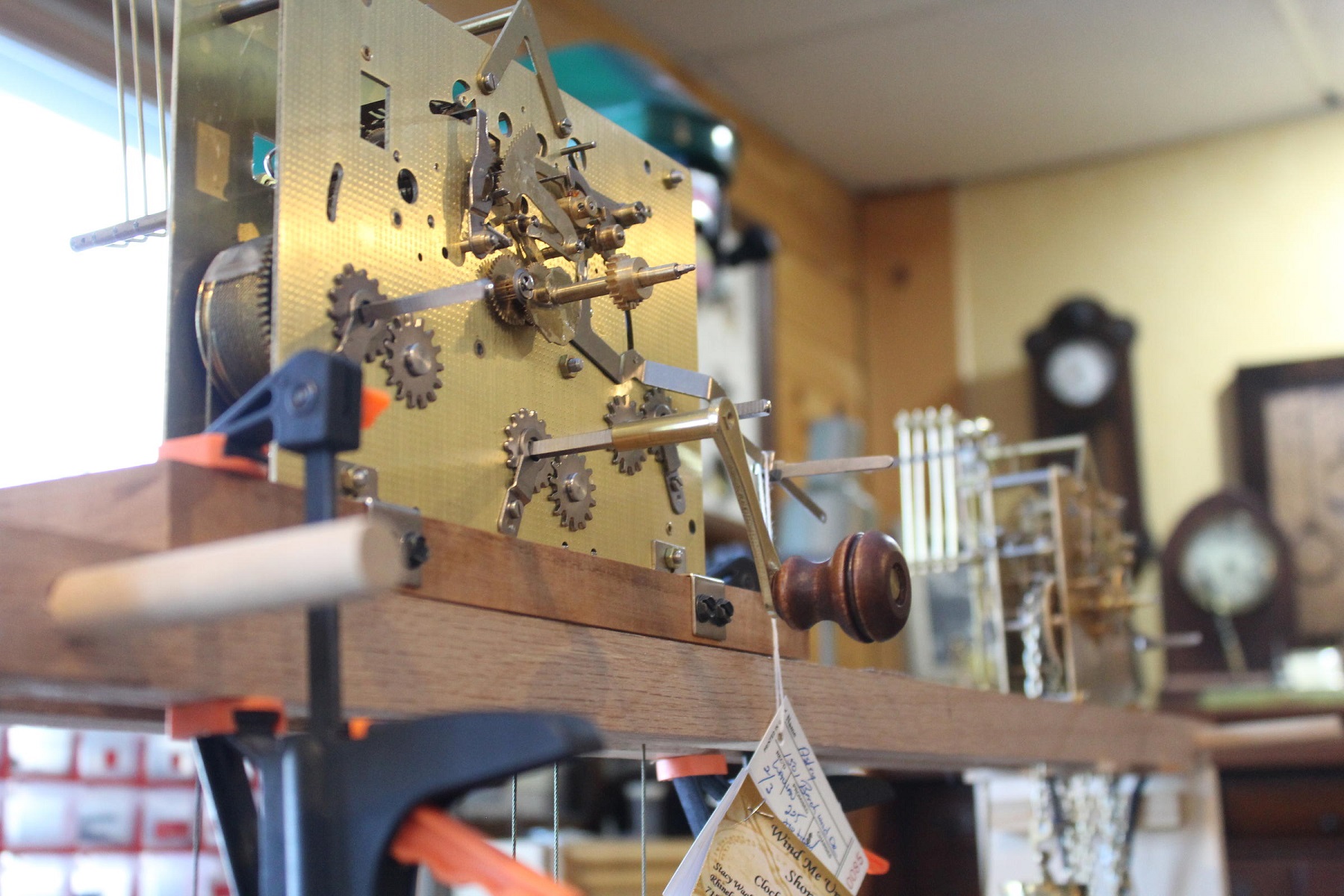 A clock in the process of repair at Wind Me Up Clock Shop. (Photo by Ben Meyer/WXPR)

He owns more than 100 himself, and Wagler is often working on five or six clocks at once, some well over a century old.

“Sometimes you have to walk away from a clock. It will fight you,” Wagler said with a chuckle. “Sometimes, you just have to take a deep breath and say, okay, why don’t you just take a break and we’ll go back to this tomorrow morning.”

For the past few years, Wagler had been fighting a different battle, too. It was a battle between a stable but demanding full-time corporate job and his passion for clock repair.

“With this pandemic, it really has opened up my eyes of, geez, this is what really gets me up in the morning to look forward to doing something,” he said. “My wife and a handful of good friends said, ‘Stace, do your clocks full time.’ They’ve pushed me.”

Wagler quit his job in December and now focuses only on clocks. He hasn’t had a regret yet. 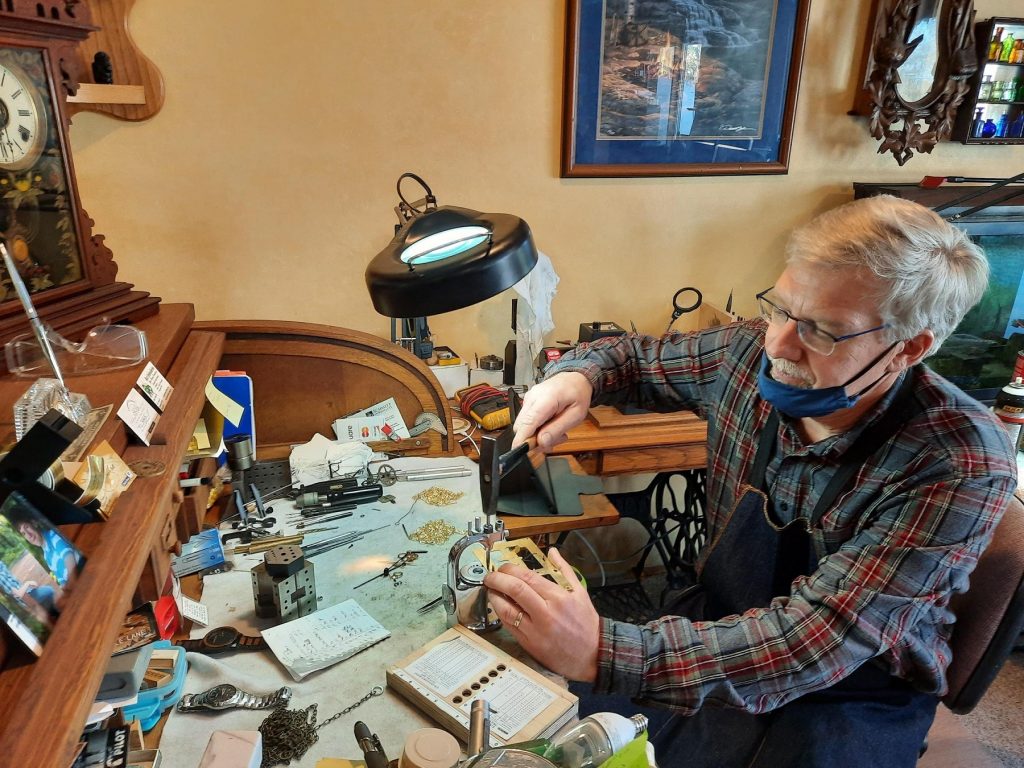 The full chime sounds at the top of each hour, reminding her of her beloved Marv.

“Yeah,” she said, looking at his picture. “He was my sweetheart.” 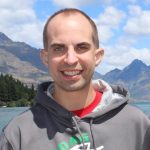 Ben Meyer is the special topics correspondent at WXPR in Rhinelander. His reporting mainly focuses on natural resources, environmental, and economic issues in northern Wisconsin. He lives in Rhinelander with his wife, Erika.