Before movies and radio were widespread, rural communities had few opportunities for entertainment. It was here that traveling medicine and tent shows thrived in the early 20th century. Commentator Michael Fedo tells us about the theatrical career of his wife’s grandfather. 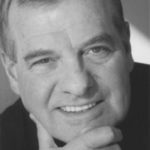 Michael Fedo is the author of several books, including his most recent on Henry Wood called “A Sawdust Heart: My Vaudeville Life in Medicine and Tent Shows.”